'Carry The Load' event arrives in West Texas this week

The event was started by two veteran Navy Seals in an effort to bring back the true meaning of Memorial Day. 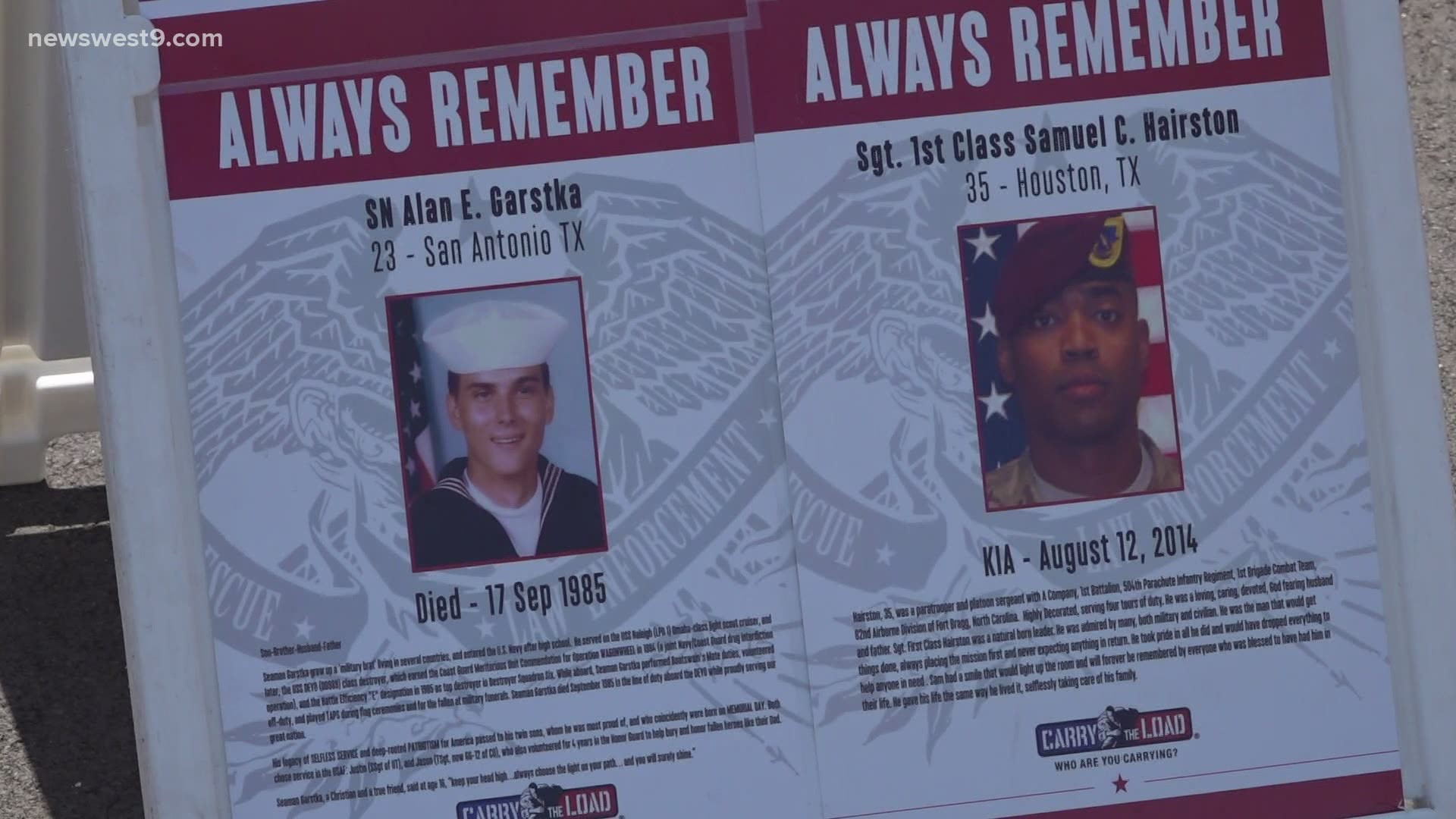 ODESSA, Midland — 'Carry The Load' has made its way to West Texas this week in honor of Memorial Day.

The group of people can be seen on the side of the roads holding a giant American flag.

The event was started by two veteran Navy Seals in an effort to bring back the true meaning of Memorial Day. It was also birthed into existence due to the lack of observance over the holiday.

It has expanded to not only military heroes, but also to first responders and law enforcement who have died in the line of duty.

"My co-founder essentially went out, threw on a backpack and started walking," said Stephen Holly, Co-founder of 'Carry The Load. "It was through that experience he came across an older World War II Korean War Vet who said 'hey son, who are you carrying?' And that articulation made sense to Clint and He shared that with me and we started talking about an event that people could come and have a meaningful Memorial Day Experience."

There will be groups walking through Pecos, Monahans, Midland and Odessa this Thursday and Friday.

The walk also will raise money for non-profits that help military veterans and first responders.