"Can you see me?" | Anti-human trafficking campaign launches in Midland

Texas is number two in the nation for human trafficking cases. 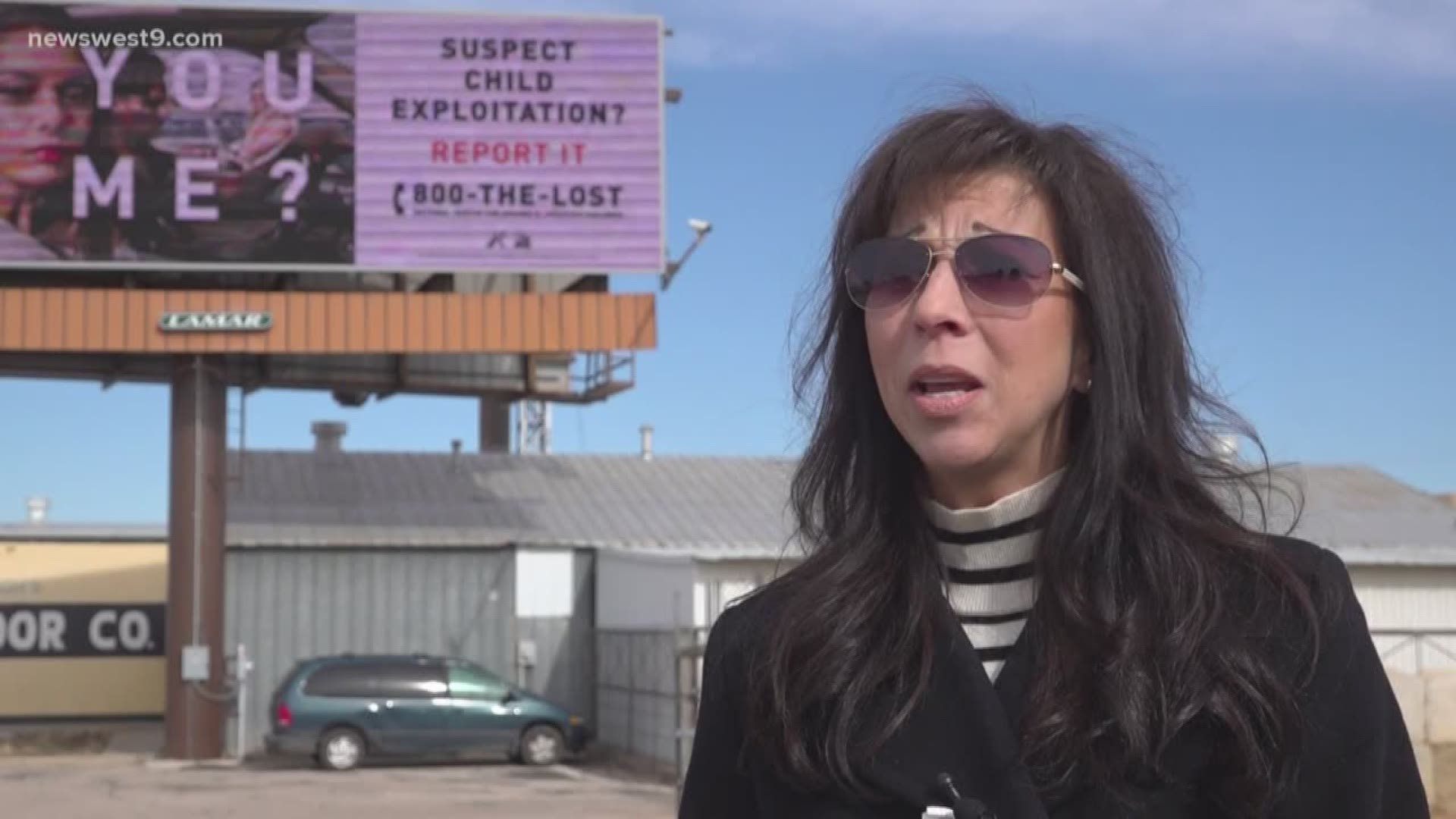 That's the number of human trafficking victims in the state of Texas at any given time within the past 3 years according to a DPS assessment.

Local and state law enforcement, including the office of the governor, came together in Midland Tuesday to fight human trafficking.

Their goal is to increase the number of tips the national human trafficking hotline gets.

Starting with Midland, the Can You See Me campaign will reach 70 billboard markets in the next calendar year.

2,331 is the number of actual cases in Texas the National Center for missing and exploited children reported in 2017

The Can You See Me campaign is spreading awareness by using the hashtags #CanYouSeeMe and #TexasSeesYou.

The campaign will be in Dallas-Fort Worth and El Paso, moving into south Texas in December.

RELATED: Girl, 15, free after being kidnapped, held against her will for 11 weeks, officials say

RELATED: 79 arrested in human-trafficking and prostitution sting in Kingwood area