Businesses open up to 75 percent capacity

Gov. Greg Abbott issued an executive order stating on September 21, most businesses will be able to open up to 75 percent of their max capacity. 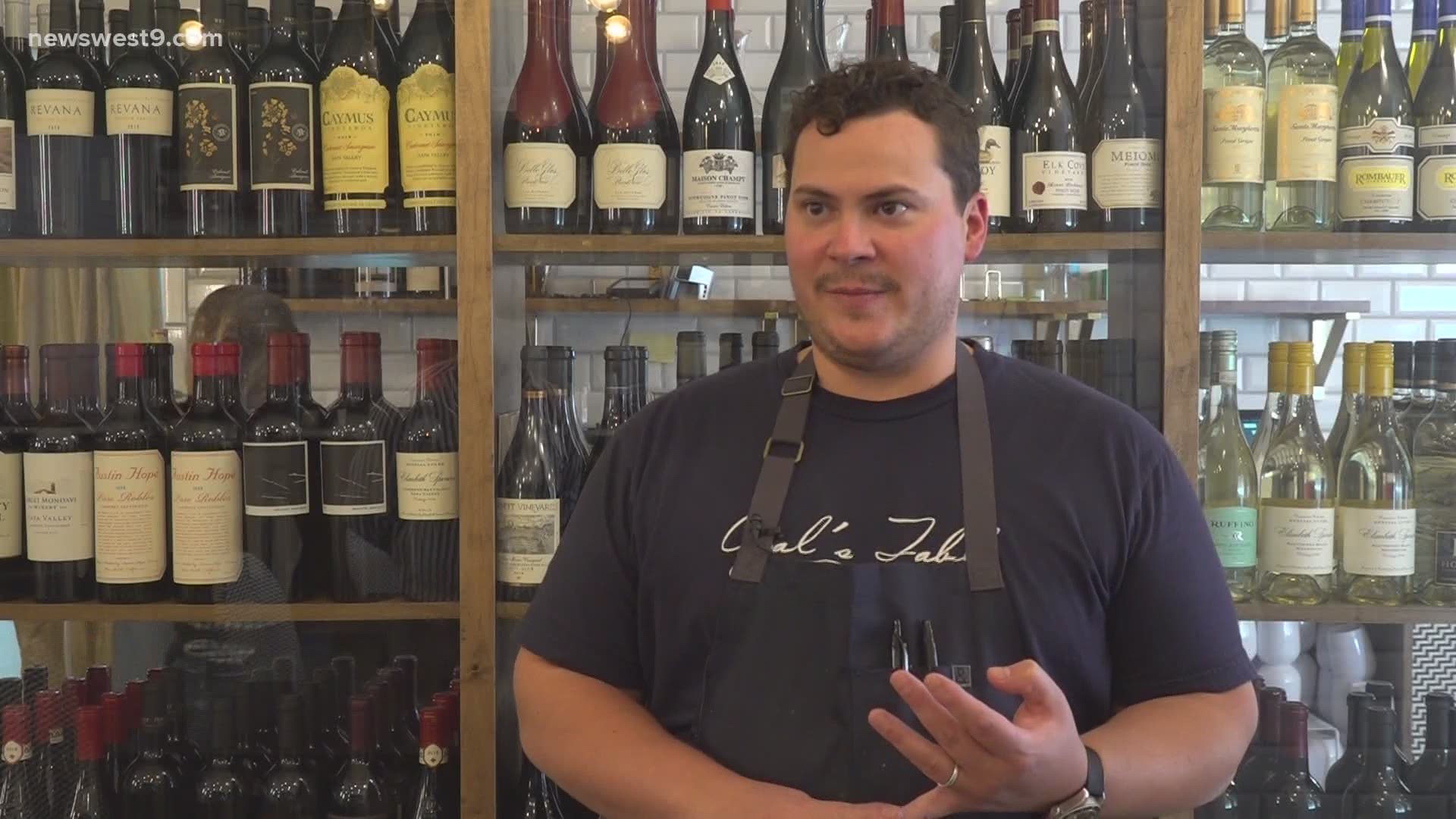 MIDLAND, Texas — COVID-19 shut everything down when the pandemic first started.

Due to the virus, 15 percent of all restaurants across the state of Texas closed their doors according to the Texas Restaurant Association.

Now, things are starting to open back up.

With Gov. Greg Abbott's new executive order stating that businesses can open to 75 percent of their max capacity, Chip Hight, owner of Opal's Table in Midland, finally feels like things are starting to get back to normal.

"People seem more comfortable with coming back to restaurants and bars which feels nice and certainly seems like we’re getting back to normal, but it will be very nice to get back to what is almost full capacity for us," Hight said.

Hight hopes that the increase in capacity will allow his business to get back to the level of revenue he saw before the pandemic hit.

"I think historically the first time we opened up after the closure we were pretty close to 75 percent. We were pretty close to our normal daily average gross so I’d like to think that once we get back up to 75 percent capacity we can sort of go back to a normal hum. I think people certainly feel more comfortable going out to eat once you know the state tells them it’s a little bit safer to do so," Hight said.

Despite the increase in capacity, Hight isn't going to stop taking preventative measures to keep his staff and his customers safe from the virus.

"Our staff will continue their masks and we'll continue to sanitizing surfaces after each use. We'll continue using disposable menus for the foreseeable future, we are trying to distance tables 6 feet minimum as best as possible," Hight said.

While bars that aren't classified as restaurants have been excluded from Abbott's executive order, and Hight would like to see them reopen as well.

"I think it will be nice for bars to get back open. At least I would certainly like bars to be open again. I know it’s been a hard time for them especially. I don’t know, time will tell. I would like to think everything will be fine," Hight said.