A Cumberland County school sports booster club’s fundraiser has drawn criticism from some parents, support from others. 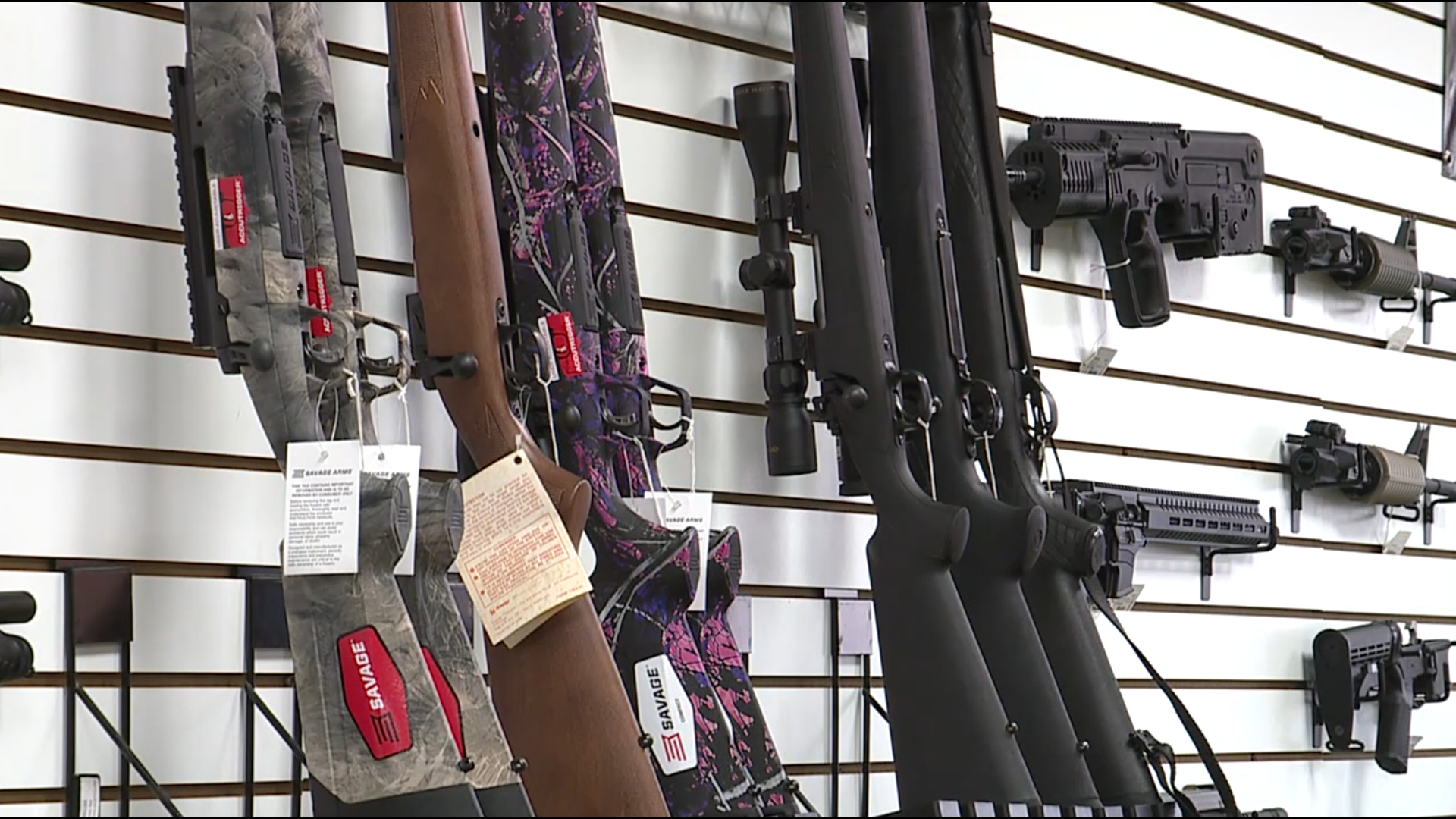 CAMP HILL, Pa. — The Cedar Cliff High School Colts Football Booster Club has organized raffle fundraisers in the past, but decided to add a new type of item this fall: firearms.

Among 10 prizes in their “Super Raffle,” five are firearms, including three pistols, a hunting rifle and a shotgun. The specific firearms are a Gen 5 9-millimeter Glock 19, a 9-millimeter Springfield Hellcat, a 9-millimeter Smith and Wesson 2.0 Pro Series, a 12-gauge semi-automatic Radikal MKX-3 and a .30-06 Savage Axis 2 Overwatch.

The raffle set off alarm bells with some parents, one of whom spoke out publicly in a PennLive article that it is not appropriate to give away guns at a school-related event.

The booster club responded Wednesday, writing in a statement,

“In a community with a deep tradition of hunting, target shooting and supporting our football program, the decision was made to join the many other local booster organizations in offering a raffle that includes firearms as a prize option, for those who are interested.”

Winners who don’t want a firearm can take a prize of $200 instead.

Winners who do accept the firearm prize will still need to pass a background check.

“The winner of the ticket isn't just going to be handed a firearm,” said David Ellis, co-owner of DnJ Precision Custom Firearms and Ammo, the shop selling the raffle firearms.

Ellis said he didn’t see a problem with a firearms raffle, especially in a community that supports it.

“The people who are going to buy the ticket are typically someone who would purchase a firearm anyways,” he said.

A majority of parents at a freshman football game at Cedar Cliff High School on Sept. 22 supported the raffle. Some pointed out the controversy had created more publicity, so more people were buying tickets.

“We have [raffles] all the time. Fire departments, every other organization does it,” said West Shore School District parent Crystal Doyle. “So I support it. I think you have a choice of either taking the funds that are offered or you have the option to take a gun.”

The booster club is run by volunteers and does not need approval from the school district for its events.

“The content and opinions expressed here are those of the Cedar Cliff Football Boosters and are not the views of the West Shore School District, its Board, or its employees.”

Raffle winners are set to be announced Oct. 29.