The rancher told the Presidio County Sheriff's Office that he found 11 illegal migrants when he came back to his ranch, which led to the deceased body being found. 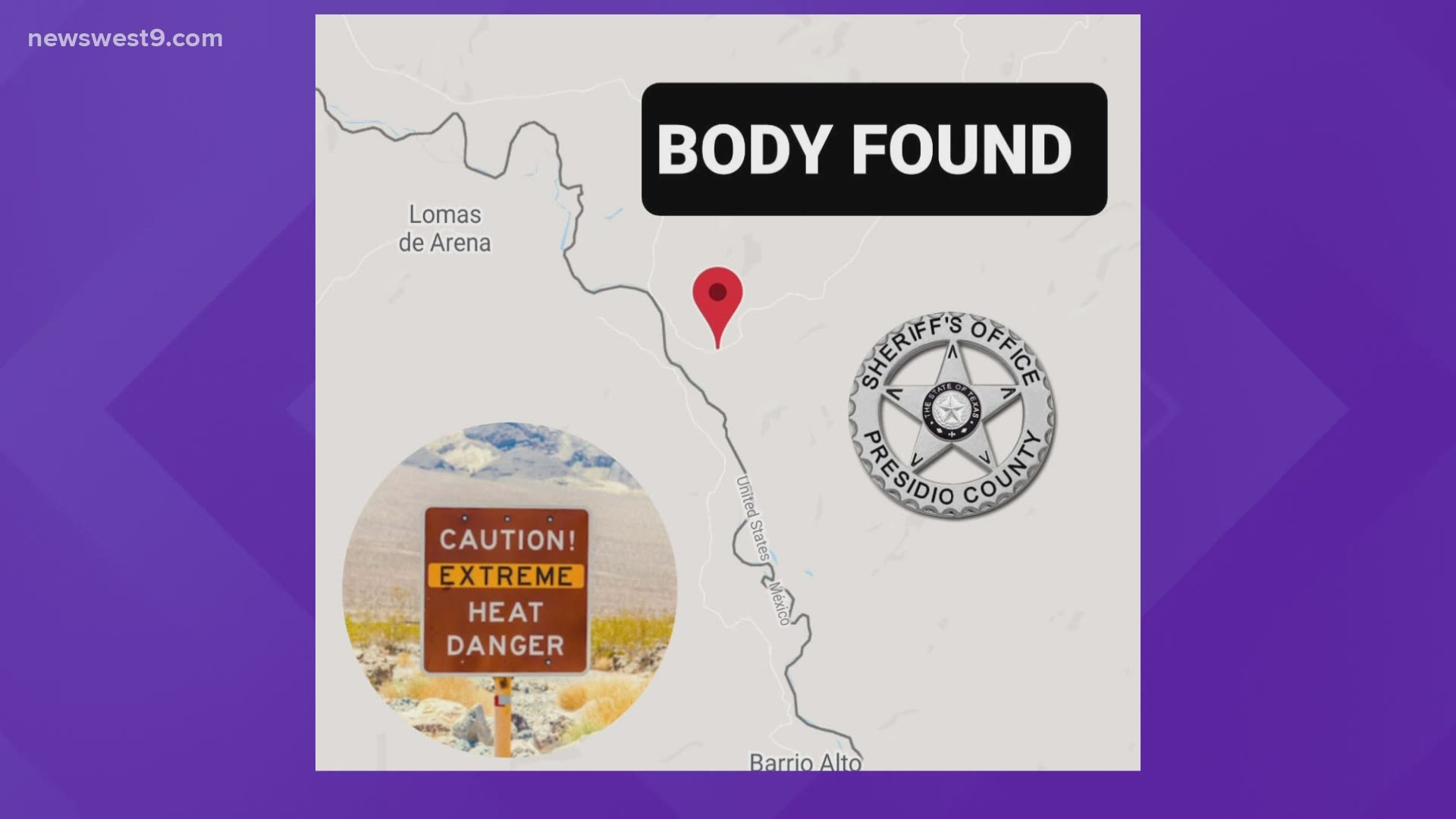 PRESIDIO COUNTY, Texas — The Presidio County Sheriff's Office responded to a call from a local rancher who found a deceased body about 30 miles South of Highway 90 on Chispa Rd.

A local rancher said he found 11 illegal migrants at his ranch and was told by the group that there were two more bodies at the end of the road.

The rancher found both bodies. One of the individuals was still alive, while the other one was deceased upon the rancher's arrival.

The deceased migrant was a 24-year-old male from Mexico.

Mexican officials were notified by U.S. Border Patrol to attempt to get in contact with the individual's next of kin.

An autopsy has been requested to find out the cause of death.