“Bob Fu is a great threat to the dictatorship of China. They fear what he is doing protecting Christians." 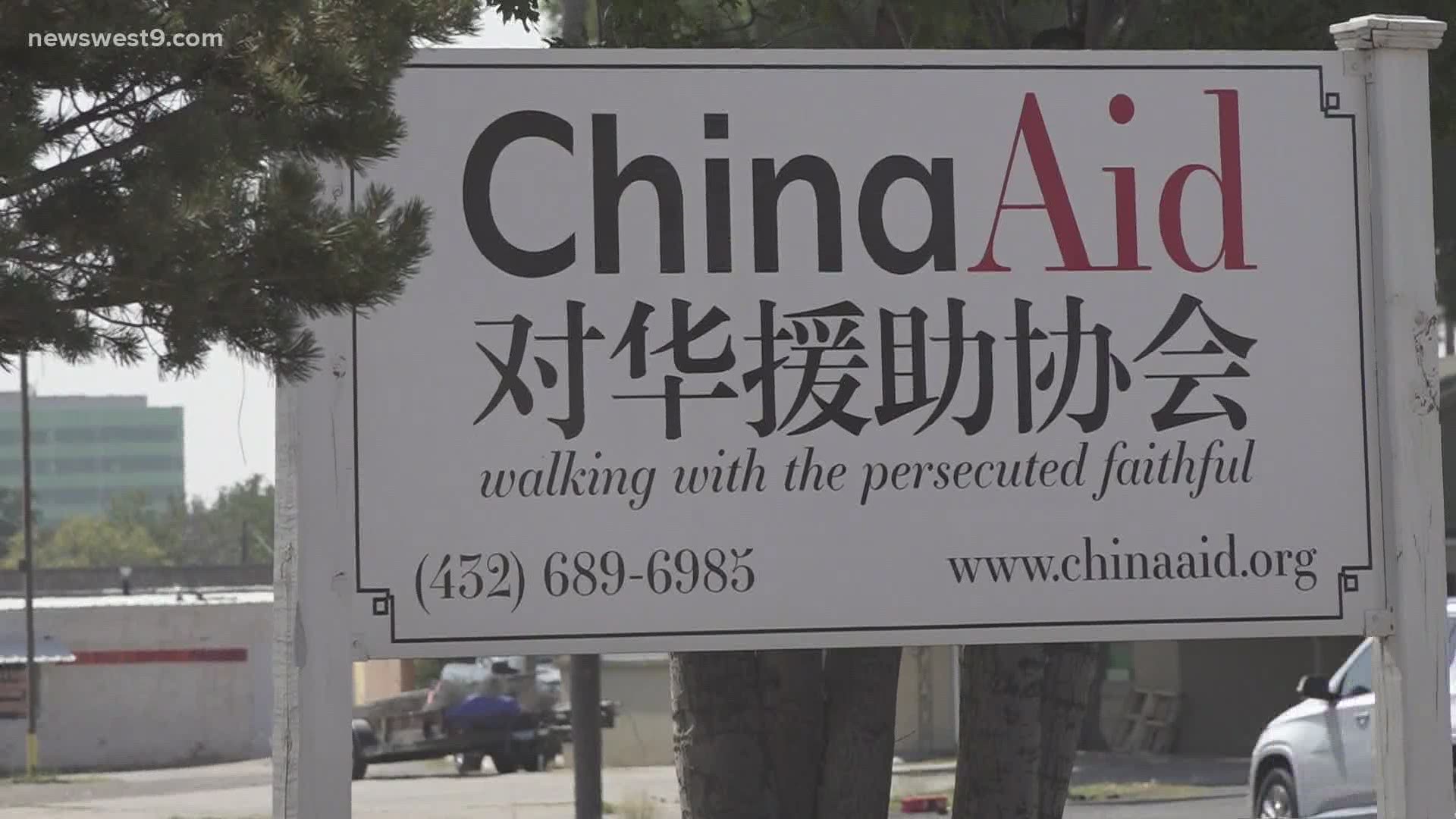 MIDLAND, Texas — Protestors are still outside Bob Fu’s home in Midlandhey have been outside his home in the Polo Park neighborhood for over a week.

They each claim Fu is a Chinese communist spy.

The protestors continue to not say where they are from, who they are, or whether they are being paid to be here.

Midland’s Mayor Patrick Payton, Senator Ted Cruz, local pastors, neighbors, and friends have all come to Fu’s defense saying this is just a tactic to discredit the work he has done with China Aid.

An organization that helps people like Fu, who have fled China to practice their Christian religion freely and have more than one child.

NewsWest 9 caught up with a lawyer who helped create the International Religious Freedom Act back in 1998.

Michael Horowitz, based out of Washington D.C. worked in President Reagan’s administration and has worked with Fu for years.

“Every dictator knows that if there is religious freedom, the dictatorship won’t survive," Horowitz said.

For people like Fu, the fight for religious freedom is at the root of why they choose to leave their native country. It is not a new fight, it is a pattern found throughout history.

But the one thing that makes Fu's situation unique: China is still trying to control him, even decades after he fled.

And still the question on everyone's mind: Why Bob Fu?

“Bob Fu is a great threat to the dictatorship of China because they fear what he is doing protecting Christians," Horowitz said. "They fear freedom of religion every bit as much as the U.S. Military, so the Chinese will do whatever they can to suppress leaders like Bob Fu.”

But Horowitz says this method of suppression and a mission to discredit has actually backfired on communist China.

Horowitz calling out the Chinese government, "If this is a Chinese plot, I’ll I can say is it failed.”

Bob Fu and his family have been placed in protective custody.

Horowitz added that he would not be surprised if Fu sues the billionaire, Miles Kwok, who appears to be the man behind the protest even believed to be paying these protestors to be here.

The Polo Park neighborhood where protestors have been camped out is trying to come to grips with what to do with all the commotion.

The Homeowners Association is meeting Tuesday to plan with law enforcement on how they want to move forward with the situation.

We reached out to the HOA for further information but did not hear back from them.

On Thursday there will be an event held at the Horseshoe Arena for Bob Fu and his family.