In a video addressed to the citizens of Midland, a protestor claimed Mayor Payton was a "corrupt, shameful, disgraceful, dishonest liar". 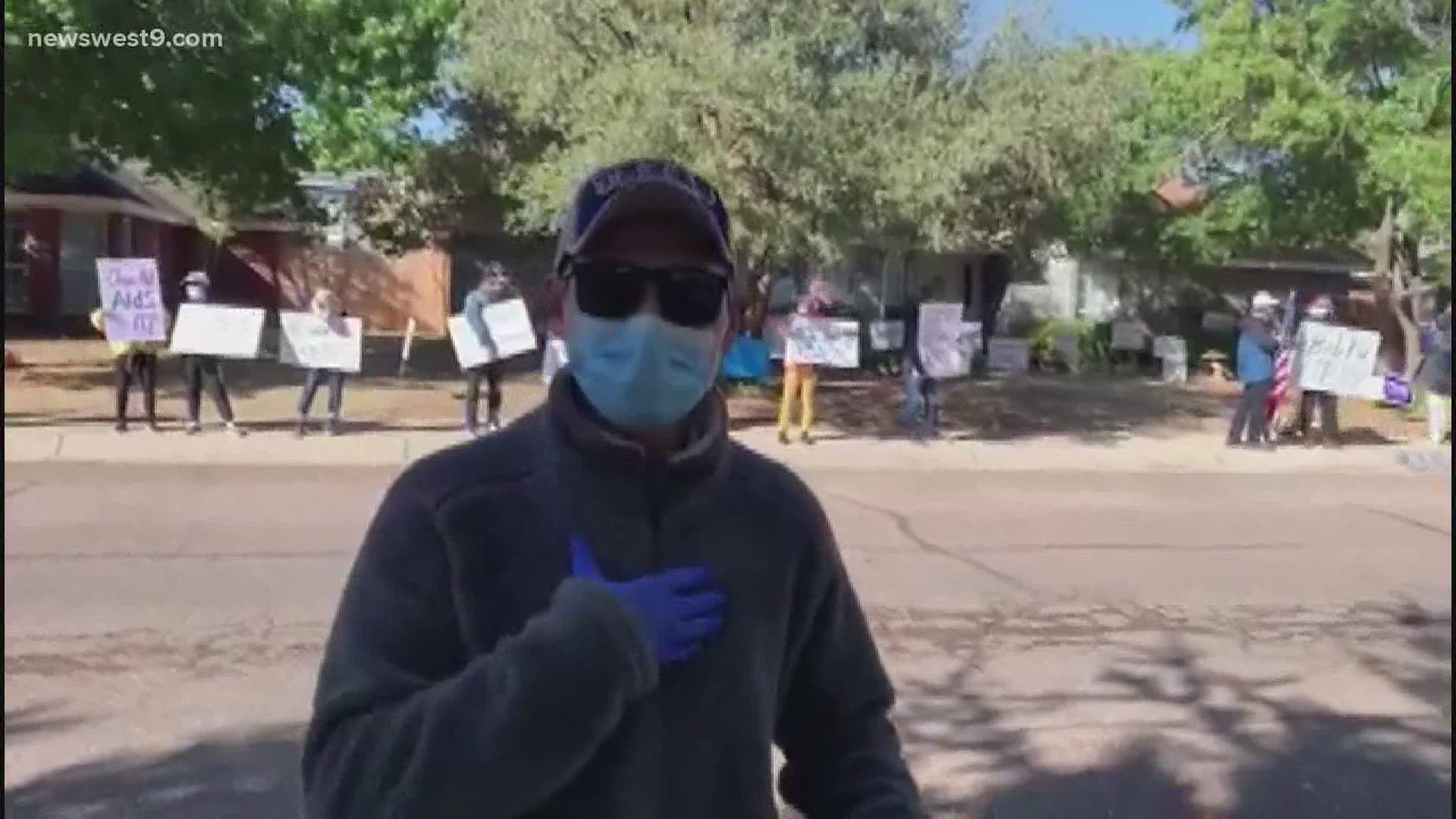 MIDLAND, Texas — Protestors have been gathered outside of Bob Fu's house for two weeks, protesting the founder of China Aid and accusing him of being a fake pastor.

Now the protestors have taken to Twitter to challenge Midland Mayor Patrick to a debate.

In a video addressed to the citizens of Midland, a protestor wearing a mask, dark sunglasses and a baseball cap stated that Payton's recent conference showed "what a corrupt, shameful, disgraceful, dishonest liar" the elected official allegedly is.

The reason the protestor stated Payton was corrupt was a correlation between a court case and the claims Payton was making.

In the video, the protestor claims that Payton's statement that the protestors were there because they were being hired by millionaire Miles Kwok and the president of the Chinese Communist Party was false.

He then claims that Payton is corroborating the story of an individual reportedly convicted of fraud in US courts.

The protestor then cites a defamation lawsuit between Kwok and Baosheng Guo, which resulted in Guo being convicted of fraud in the court of Virginia.

Since Payton is telling the same story as Guo about protestors being 'CCP spies" and working to "intimidate and harrass Chinese democracy activists".

The protestor then states that Payton is "using his public office to obstruct our rightful exercise of constitutional rights."

Finally, the protestor challenged Payton to a debate in front of cameras and anyone who wanted to attend, citing fairness and transparency.

The City of Midland has stated they would issue a response in the coming days.

At this time, NewsWest 9 is working to verify court documents relating to the alleged lawsuits and will be following this story closely.