Acho said he created this as an educational tool for white people who are looking to help but might not necessarily understand how or where to start. 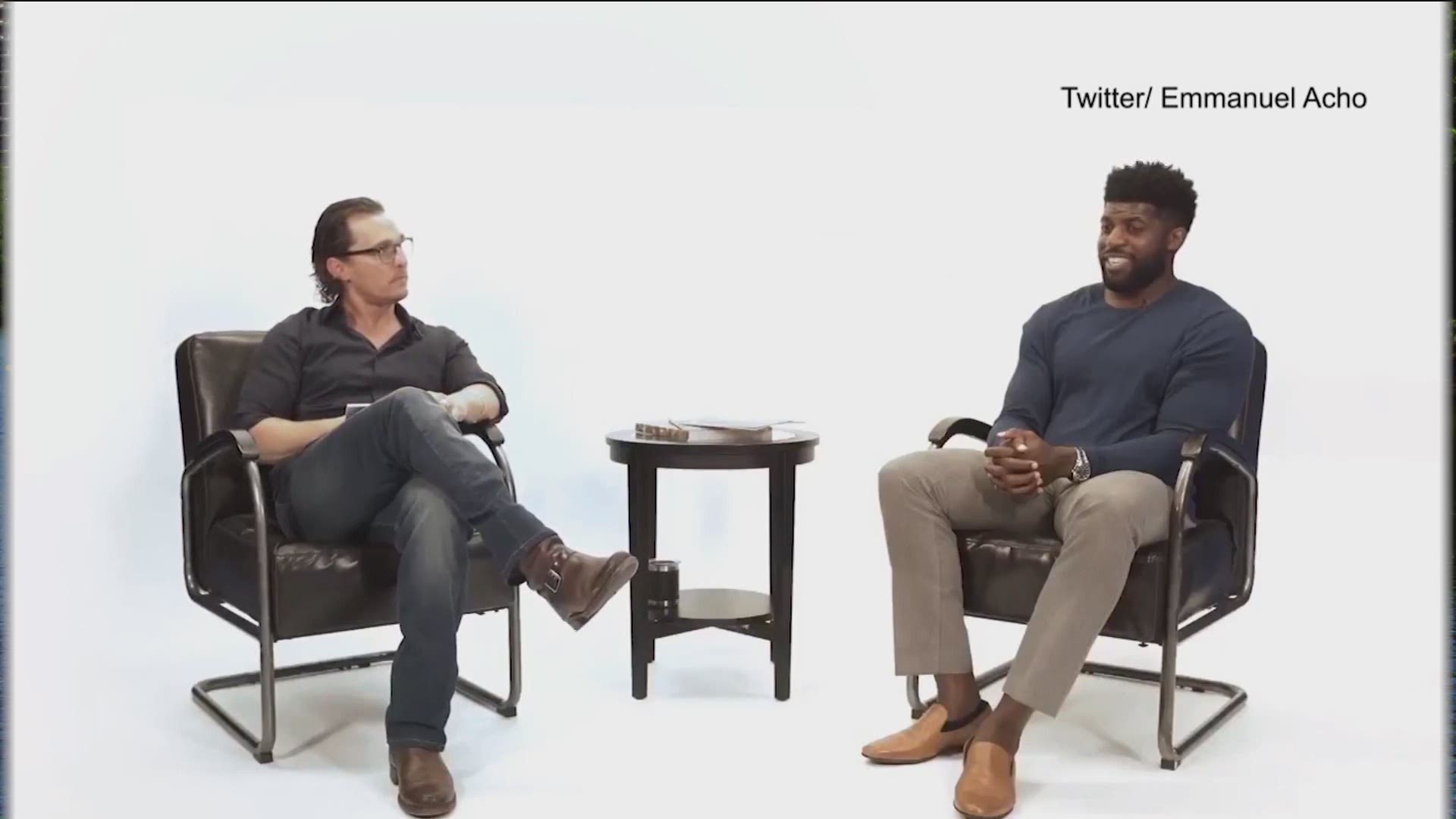 AUSTIN, Texas — The death of George Floyd reignited a national spotlight on the Black Lives Matter movement, drawing protests across the country standing up against racial oppression in America, the societal issues of police brutality and social injustice, and more.

A large part of the movement, in essence, has been black people's outcry to the rest of white America to see the systemic racial issues that underlie societal norms still to this day in 2020.

Acho has been outspoken on social media regarding everything mentioned above, and he has started his own segment of videos addressing these issues on his Twitter page.

In the prologue of the first iteration of the series, Acho said he'd received many messages from white people asking questions like "how can I help," "how can I join in" or "how can I stand with you?"

Acho said he created this as an educational tool for those white people looking to help but might not necessarily understand how or where to even start.

You can watch all the episodes of "Uncomfortable Conversations with a Black Man" below:

Episode 3: Acho is joined by Chip and Joanna Gaines

This article will update as more episodes are released. Continue to check back for the latest episodes of "Uncomfortable conversations with a black man."

Dripping Springs man invites people to ask him anything about race

'He is going to change the world': Funeral held for George Floyd