Big Spring seeing an influx in stray dogs: 'It's out of control'

So how do you control the problem? Simple: spay and neuter animals. 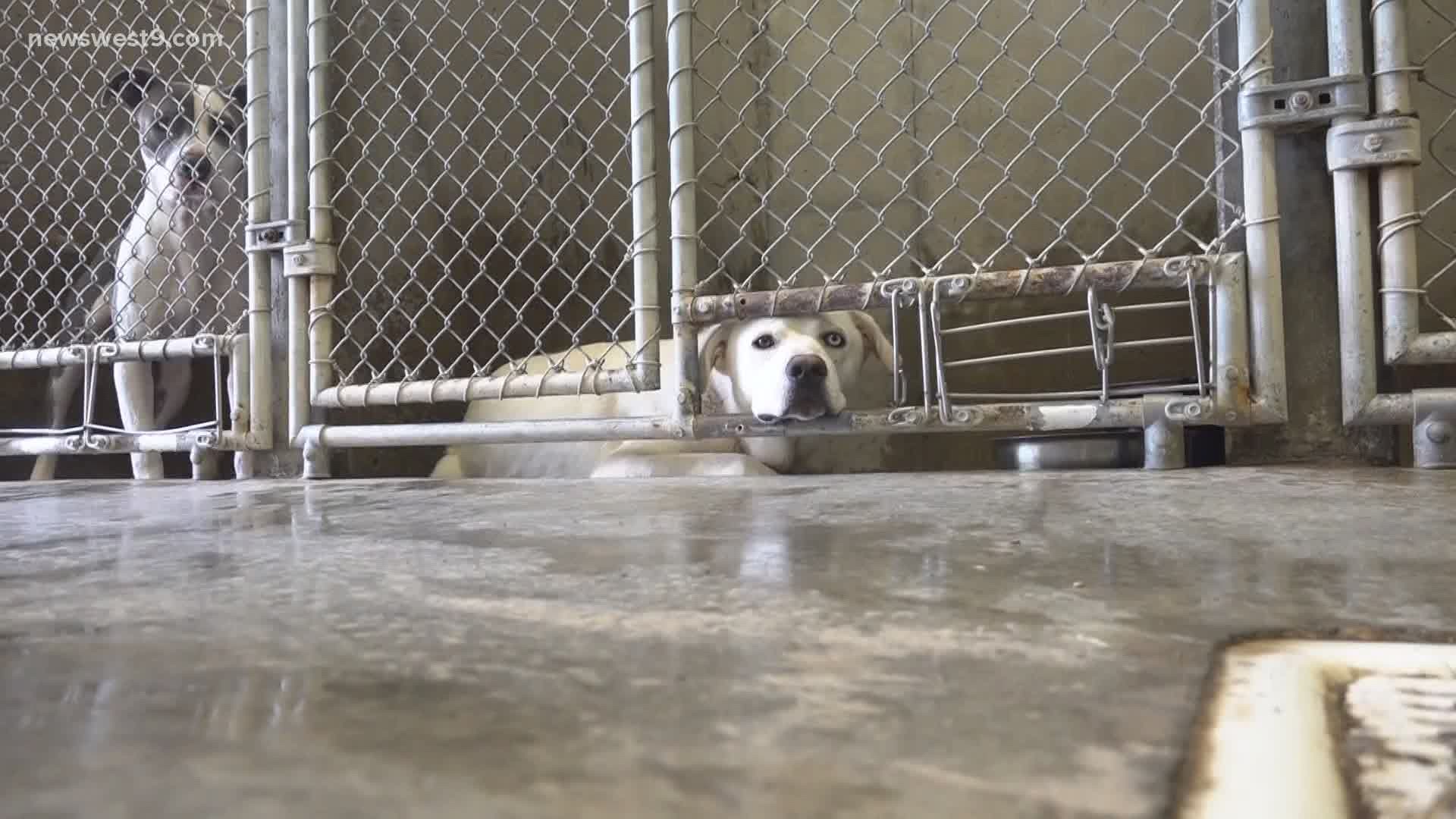 BIG SPRING, Texas — Midland and Odessa animal shelters are full to the brim with animals.

On Wednesday, the shelters announced they were going to start turning away people who bring in cats or dogs because there is not enough room for them.

It's the same story in Big Spring, but the Big Spring Animal Shelter is a no-kill shelter.

Since it became a no-kill shelter two years ago, there has been an influx in stray dogs.

So what is the root of the problem? The community not paying to spay or neuter their pets.

“Back in the day when it was all oil field, you saw dogs everywhere but as time progressed, we started spaying and neutering and seeing responsible pet ownership," Melanie Gambrell, All Creatures Sanctuary and Rescue Owner said. "But here in the past 2-3 years, it's exploded."

Gambrell says dogs are running loose all across the county and city, and it is happening across the Basin.

"We have owners who are surrendering their 16, 17-year-old dogs to the shelter, we have had dog attacks, packs of dogs," Gambrell said. "It’s getting to be out of control.”

At Happy Day Humane Society, there are over 200 dogs. The staff there tell us a litter of puppies is left outside the gate just about every day, and there are not enough people adopting them.

For Gambrell, who has been rescuing dogs in Big Spring for over 30 years, the blame is not on the city’s animal shelter.

“They’re not the ones out here breeding the dogs, letting them run the streets, they have a difficult job," Gambrell said. "They need the community’s support to fix their fences, to spay or neuter their animals, if they see an animal, hold until its owners are found.”

So how do you control the problem? Simple: spay and neuter the animals.

“We need to make a low-cost spay and neuter clinic for our community to have access to because it is very expensive to have a dog taken care of," Khristy McMahan, Happy Day Humane Society Dog Trainer, said.

We asked Big Spring mayor, Shannon Thomason, about why the city is not incentivizing or penalizing citizens who do not properly take care of their pets.

He tells us he wants to create a way to lower the cost of fixing pets and ticket those who breed animals irresponsibly.

But convincing taxpayers to do something like that? Well, that is a different story.

“Nothing is free," Thomason said. "We would have to come up with the funds to fund a position like that and the ordinances to legitimize it...it’s something that would take time and money doesn’t grow on trees. There are so many programs that I would love to institute but ultimately I have to ask the taxpayers to pay for it.”

Mayor Thomason understands the growing concerns of strays in the community.

He suggests people reach out to him and their council members before next Tuesday’s city council meeting.

The more information and suggestions they get from the community, the sooner they can implement a program of some sort to help.