"We're used to having 15-20 volunteers coming through the process at any given time, and up through August, I had two volunteers, one in Midland and one in Odessa." 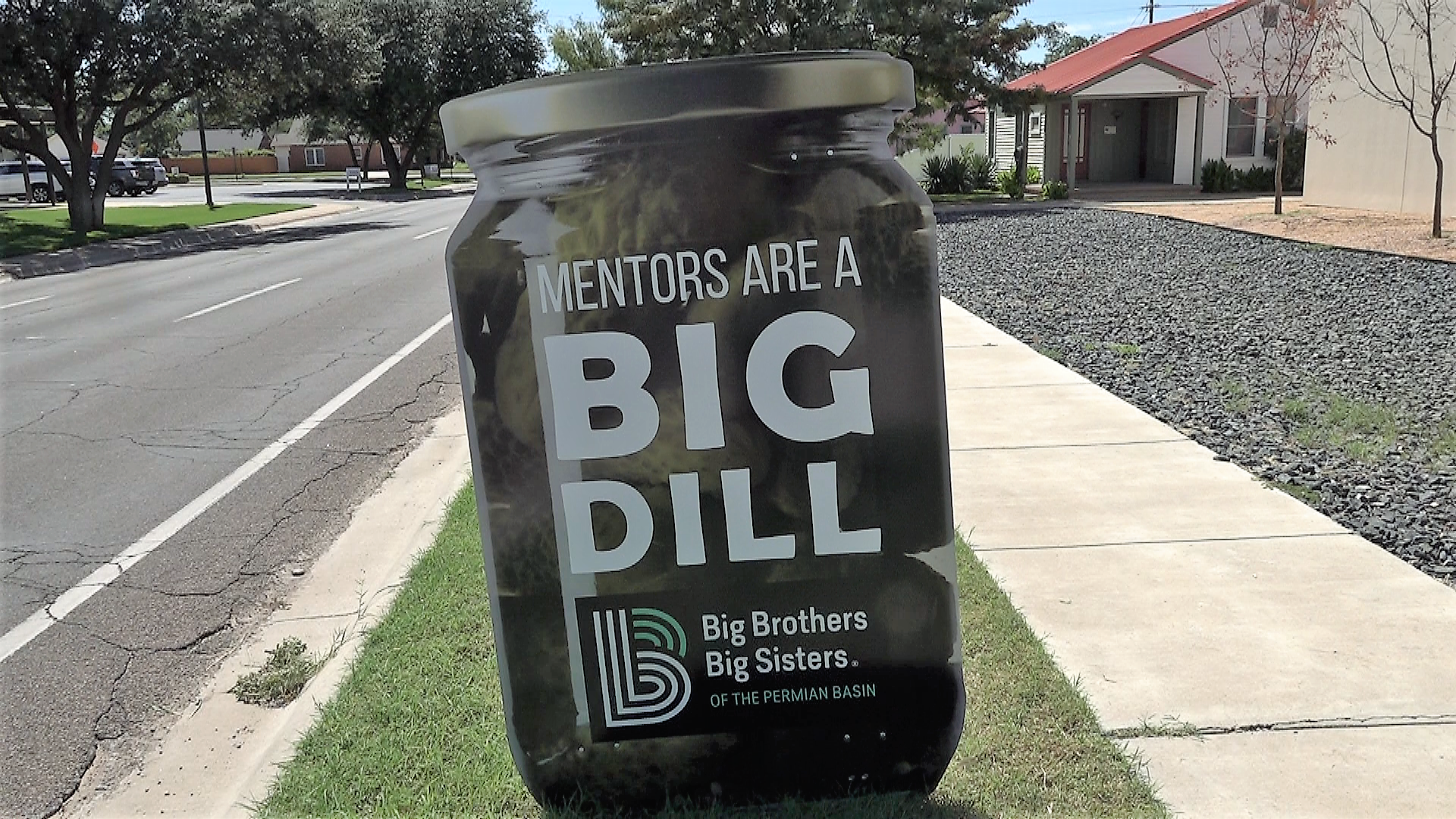 MIDLAND, Texas — The Executive Director of Big Brothers Big Sisters of the Permian Basin, Kay Crites, has noticed the program not having as many people sign up to become mentors.

"We've gotten a few bigs through events, but not nearly enough," Crites said. "We're used to having 15-20 volunteers coming through the process at any given time, and up through August I had two volunteers, one in Midland and one in Odessa."

Without mentors, mentees can't be matched with someone at this time. Which is why Crites took it upon herself to get the word out with the help of a green veggie.

"Just something that would catch people’s eye and get them talking, and so we started by putting the signs out, just the blank pickle signs," Crites said. "And then we came back in and put the stickers on them and said 'mentors are a big dill.'"

Throughout Midland and Odessa there are about 140 signs in total.

"We were really blessed," Crites said. "Both school districts allowed us to put them out on school property. We have corporate partners that let us to put them out, even some of the other nonprofits stepped forward and said we could put signs on their property."

The situation some kids have been put in due to the pandemic, is a big reason why Crites said volunteers are needed.

"The need is greater because of COVID," Crites said. "I really do need people to start looking out and thinking. If I could have 50 people from Midland and 50 from Odessa volunteer, I know they’re out there. It’s just getting them to return to their previous really philanthropic giving nature."

Because mentors are honestly a big deal, now more than ever.

If you are interested in becoming a mentor for the Big Brothers Big Sisters of the Permian Basin, you can visit their website here.