Alex Gonzales was fatally shot by an Austin police officer on Jan. 5. 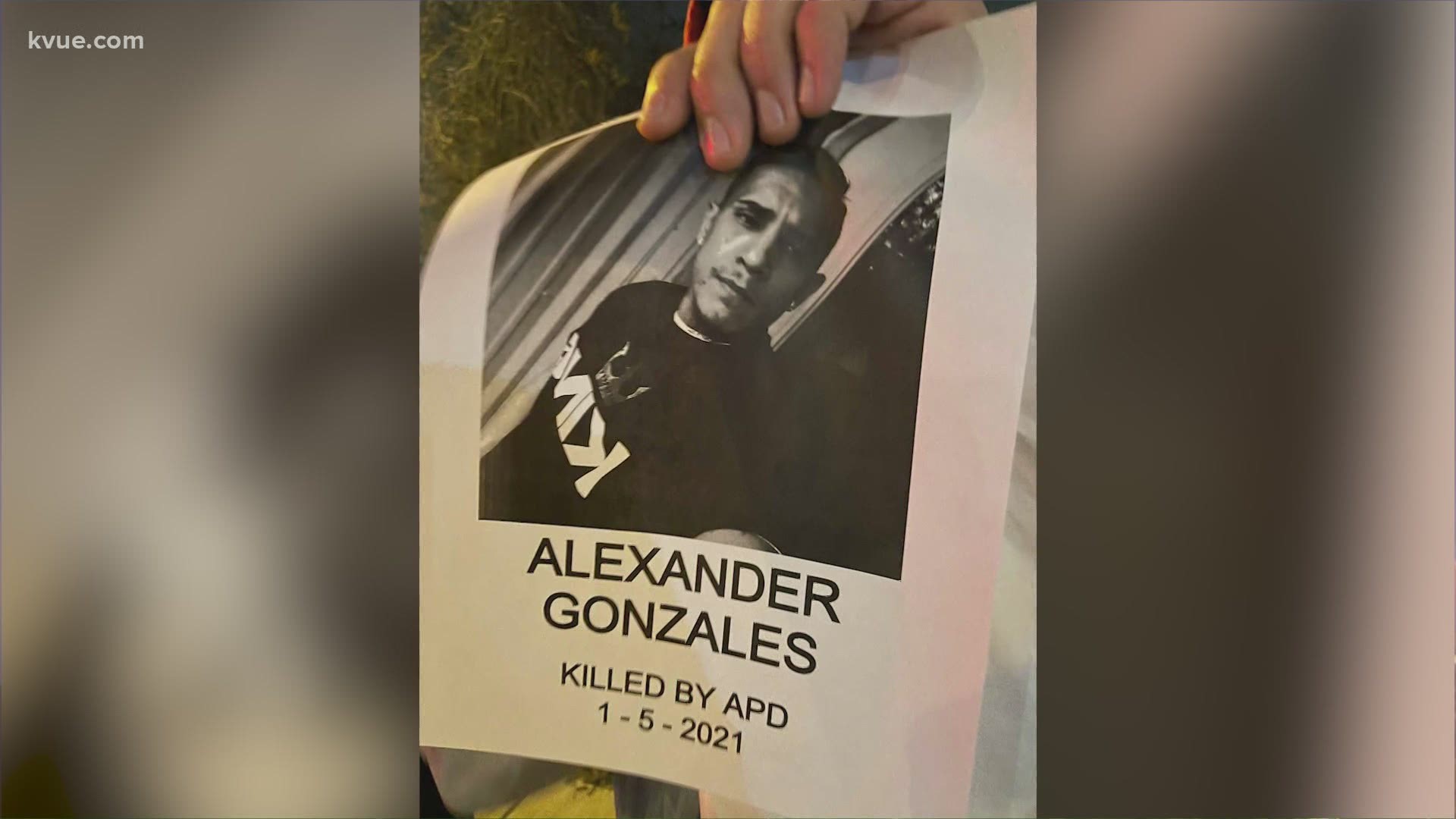 AUSTIN, Texas — Loved ones and lawyers say they want justice for Alex Gonzales, a man killed by an Austin police officer earlier this month.

On Jan. 5, police said Gonzales cut off an off-duty police officer driving his personal vehicle. Police said the officer saw Gonzales pull out a gun and shots were fired. The officer then called 911 to report the incident.

According to police, Gonzales began to drive away and the off-duty officer followed him. Gonzales eventually came to a stop. Police said other officers who arrived on the scene began giving commands to Gonzales and, as he moved around the vehicle, he tried to open one of the car doors. That's when an on-duty officer fatally shot him.

Police said they found a gun at the scene. But Gonzales' family said he wouldn't have flashed a gun while driving with his girlfriend and their baby.

On Saturday, community organizers criticized the Austin Police Department for how they have handled this case and for other times when Austin police officers have killed people.

"Why, Chief Manley, are you still in office? Why do you have your job? You have done a poor, poor job in the leadership of the Austin Police Department and once you're gone, we want this whole force to be investigated," one participant said. "Like Ms. Gonzales said, we're scared to come out of our home."

On Monday, people gathered for a vigil on Wickersham Lane to remember Gonzales.

"We just need to get justice and we need to stop having these people out there, or APD or all law enforcement to get the training better than what they're getting now," said Alex Gonzalez Sr., Alex Gonzales' father.

APD is conducting two investigations into the shooting: a criminal investigation by the department's Special Investigation Unit in conjunction with the district attorney's office and an administrative investigation that will be conducted by APD's Internal Affairs Unit with oversight from the Office of Police Oversight.

Travis County District Attorney José Garza has said he plans to take all police shooting cases to a grand jury for independent review.

Warning: The video below contains graphic content that some may find disturbing.

Texas will require students to take the STAAR test in person