Austin Police Department budget cuts: Where is the money going?

A vote by the Austin City Council is drastically changing policing in the city. A total of $150 million from APD's budget will go to other services. 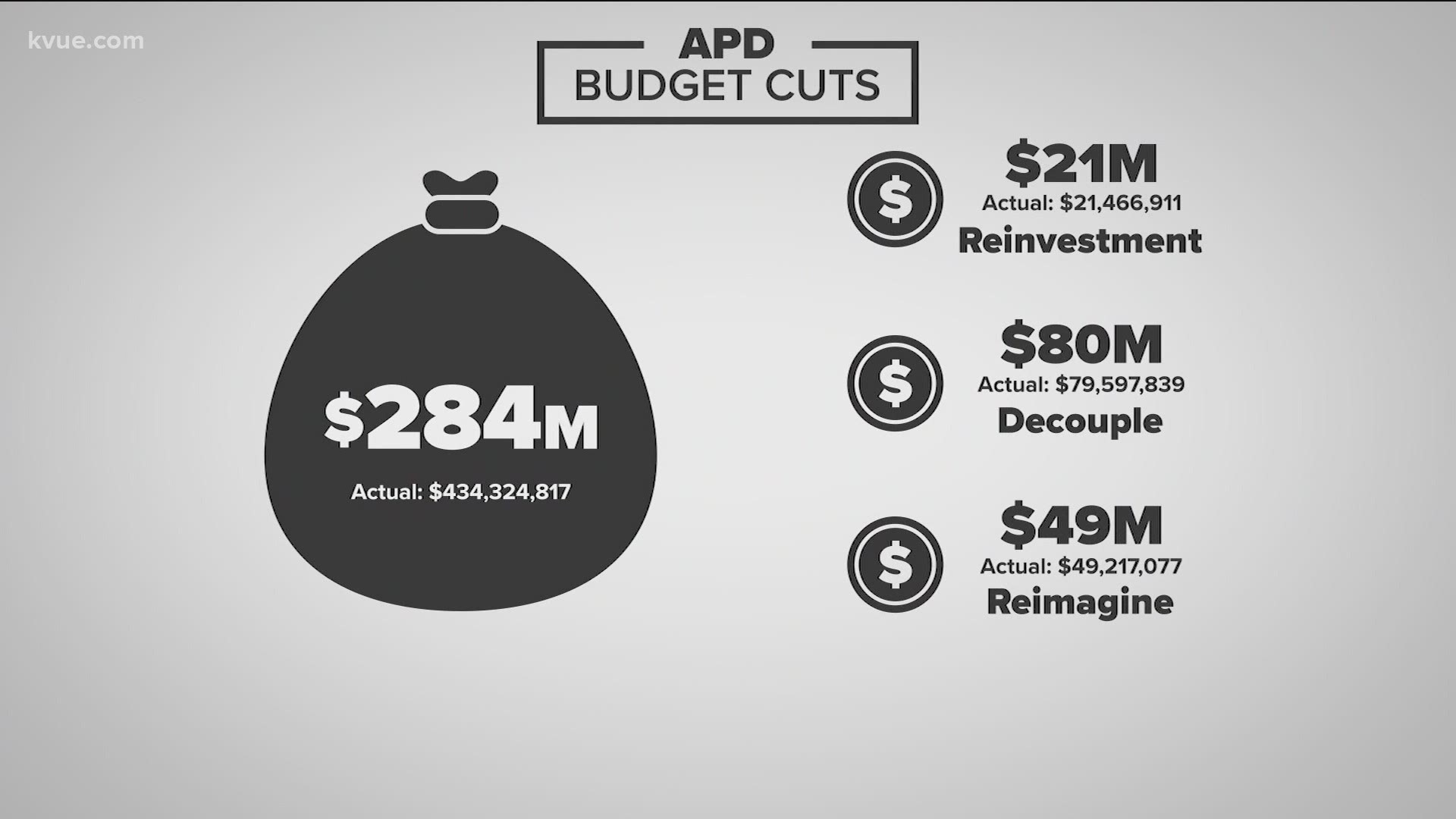 AUSTIN, Texas — The people of Austin have long seen themselves as innovators, unafraid to stand out and do things differently. Now, that's spreading to policing.

Last week, the Austin City Council approved a $4.2 billion budget – and the thing that has everyone from the governor to national news outlets talking are the changes to the police department.

"The goal here is to get the police officers focusing on the things that we want them focusing on, like crime. And taking away the responsibility to be our mental health first responders or our social workers," Austin Mayor Steve Adler said in an interview with KVUE on Monday.

The council decided to take about $21 million of that and use it for what they call "reinvestment." In this category, money that would have been used for three cadet classes, overtime, filling officer vacancies and some equipment will instead be used to hire more paramedics, mental health response teams and a slew of social services from workforce development to housing services for the homeless.

RELATED: Austin Police Association on APD budget cuts: Policing should be reimagined but with proper staffing

Another $80 million from APD's budget will go to "decouple" or fund departments currently under the umbrella of police that council members think should be run by other agencies. This includes the 911 call center, forensics lab and even some traditional policing units like internal affairs and the special events unit.

Lastly, the council reallocated $49 million to "reimagine" the department. This won't happen immediately, but the council wants to potentially eliminate entire units, including the lake patrol and traffic enforcement, for alternative public safety options. This still has to be worked out.

The council used a working document, posted on its message board, to outline the cuts. You can view that here.

City staff said the totals are estimates because they are still going through the council's orders to build out the final budget and that process could take weeks.