The mother of Michael Ramos was joined by various organizations calling for Chief Manley to step down and Officer Christopher Taylor to be arrested. 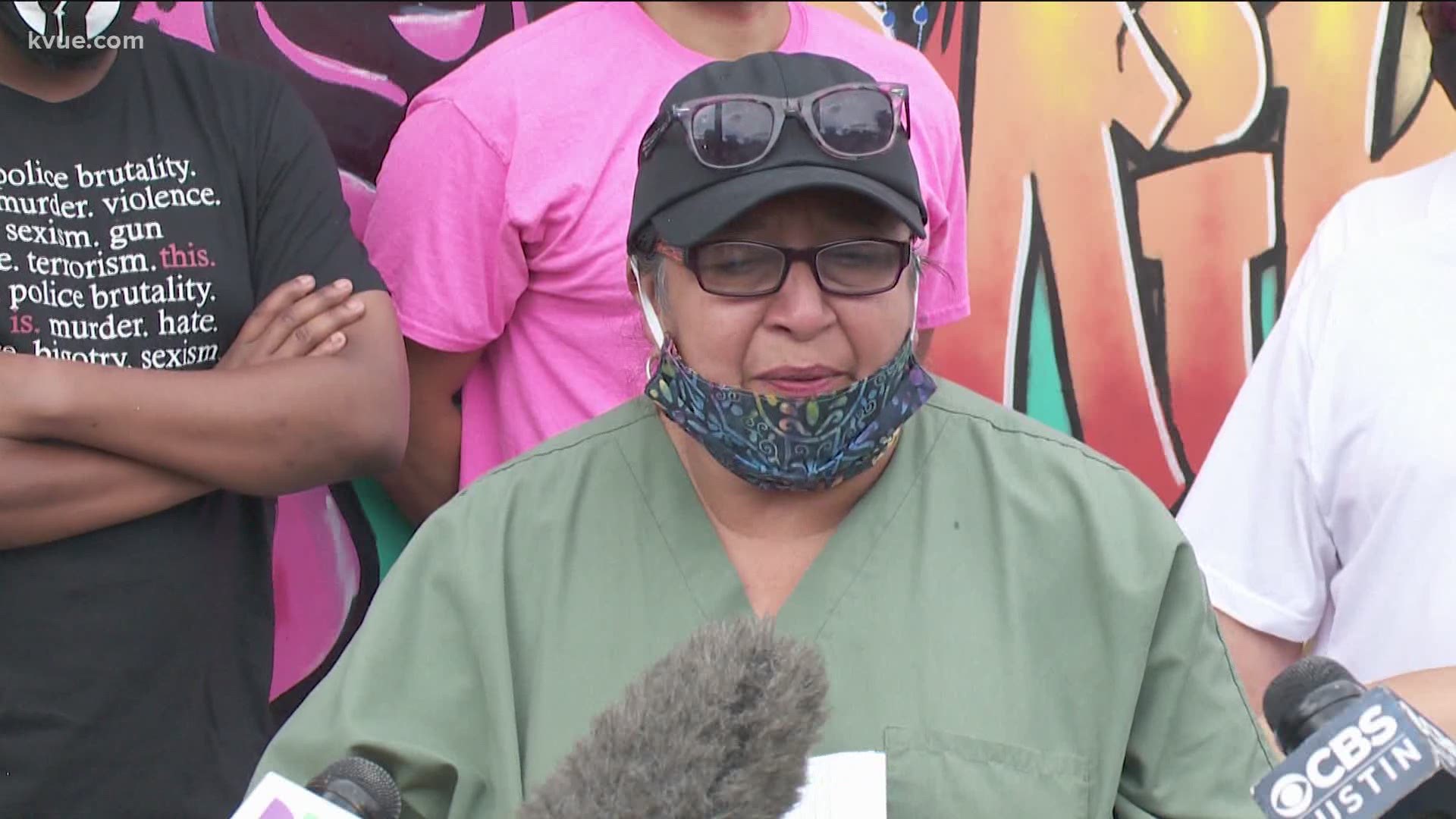 AUSTIN, Texas — In a press conference on Tuesday, the Austin Justice Coalition renewed its calls for Austin Police Chief Brian Manley, Chief of Staff Troy Gay and Assistant City Manager Rey Arellano to step down over the death of Austin man Michael Ramos.

The group is also calling for the officer who shot and killed Ramos to be arrested, and for the other officers who were on the scene to be fired.

Ramos was killed in an officer-involved shooting in April after police were called to an apartment complex in southeast Austin to investigate whether drug trading was happening.

When police arrived, they first used beanbag shotgun ammunition to try to arrest Ramos. Ramos then got in a car and started driving when Officer Christopher Taylor shot and killed him.

The release of the 911 call that led to Ramos’s death has also raised questions about the caller’s culpability.

“Mike Ramos was killed 94 days ago,” said Austin Justice Coalition executive director Chas Moore. “The officers who killed him are still employed. City Council has passed resolution after resolution directing APD to adopt policies of de-escalation and fewer arrests, yet APD continues to function without significant reform. This has to change.”

Moore said the video “validated everything we thought” about the shooting.

In an emotional statement on Tuesday, Ramos’s mother said police “murdered, tortured and executed my son.”

“The officers escalated the situation from the moment they got there,” she said. “He was unarmed. His hands were up. He raised his shirt to demonstrate that he had no weapon.”

The group brought attention to a shooting in July 2019 involving Officer Taylor, in which a man experiencing a mental health crisis was shot and killed by Austin police officers.

“If you’re going to keep these individuals in your force, we will not trust you,” said Arte Texas founder and executive director Bertha Delgado.

Days before the APD released the video, Travis County District Attorney Margaret Moore said she will not present the case before a grand jury before she leaves office in December because she believes the community has stated it would like to see her successor "oversee the prosecution of these cases from beginning to end."

Therefore, a grand jury will not see this case until 2021.

But the group is asking Moore for “justice now, not next year.”

“We will not be here waiting on the sideline for the DA to make their decision,” said Delgado.

LIVE: Brenda Ramos, mother of Mike Ramos, is speaking out after the Austin Police Department released the video of the officer-involved shooting that killed her son. BACKGROUND: https://www.kvue.com/article/news/local/mike-ramos-video-shooting-austin-police-update/269-cfcb7ba4-e5d4-4b39-a171-173693850bf8