The mayor said that the council "didn't cut or defund the police department." 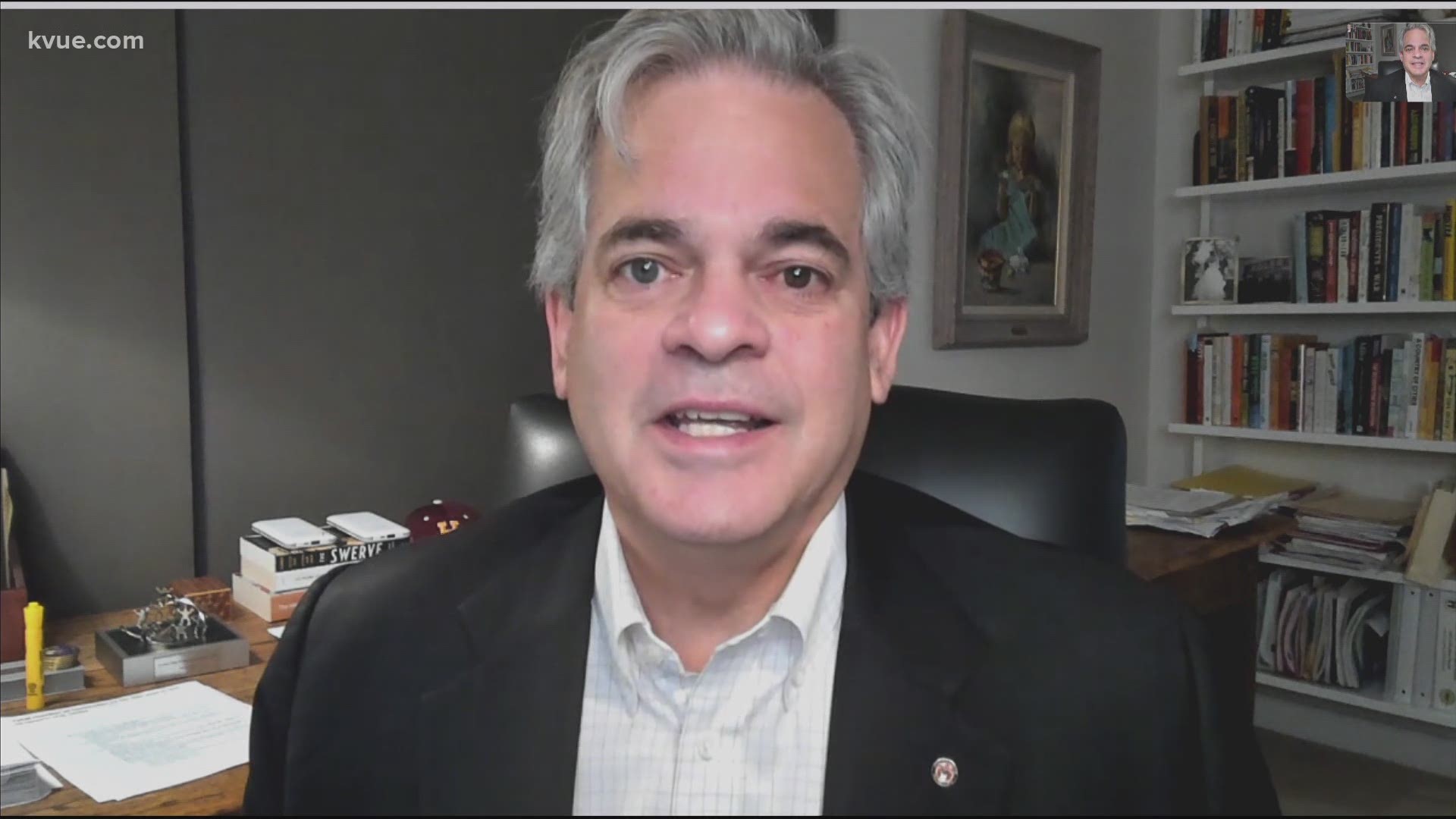 AUSTIN, Texas — After the Austin City Council voted to cut millions of dollars from the Austin Police Department's budget, Gov. Greg Abbott signed a pledge supporting police while also opposing any efforts to defund the police.

Mayor Steve Adler responded by saying, "the governor's pledge is political theater intended to scare and distract us from important public safety."

Austin's mayor joined KVUE Daybreak Monday to talk about the governor's pledge. Here's what he told KVUE's Yvonne Nava in a Q&A.

Question: You didn't pull any punches. Why did you feel it was necessary to put out that statement?

Mayor Adler's response: "Well, I think you get past the headlines, what you'll find is that the city council didn't do what the governor is describing. We did what people wanted. We started moving toward adding mental health first responders so that it's not up to our police to do that. Our police shouldn't be our social workers dealing with poverty on our streets. We should have other people that are helping move people out of tents and off the corners and into homes. And that's the kind of thing that we did. We did it at about 4% of the police budget in this city. So we get closer to November, everybody's ramping up the rhetoric. We're going to stay focused on making sure that Austin, which is already one of the safest big cities in the country, stays that way."

Question: In your statement, you said, "Austin city leaders have neither defunded the police department nor support doing so. I'm unaware of any elected official who believes differently." Many Austinites were quick to point out Councilman Greg Casar's tweet where he touted "City Council just reduced APD's budget by over $100 million." Do you see where some are confused?

Mayor Adler's response: "I can see where people are confused, in part because there are so many people saying so many different things. I'm staying focused on exactly what we did do. And we didn't cut or defund the police department. We didn't cut $100 million or more from the police department budget. We do support our police in our community. They're one of the main reasons why we have a safe community here in Austin. I understand why people are confused, but I urge people to really focus on what we actually did."

Question: You mentioned you were saying reimagining and redirecting. Those are the words that were used redirecting the police budget. Is it the same as defunding? That's what a lot of people were saying was kind of the same. So they're saying you move money out of a PD budget. What do you say to those who are saying, "Wait, this is just semantics"?

Mayor Adler's response: "It's more than semantics. For example, we have a forensic lab here in the region. It's housed in the police department. But for the last two years, we've been doing studies to date that forensic lab and put it under independent and reached control, working with the DA and the county. So when we take the forensic lab and we put it in independent control, it makes it perhaps more effective in court. The forensic lab doesn't get defunded. It still does its function. That's not a defunding in any way of public safety in our community. Do you have to look at what we did? You know, we're going to take a look and see if internal affairs should be reporting to the same chain of command that it's investigating. But no decisions have been made on that. So we're going to do those things that make our cities safer. We're increasing the space for women who are being hurt in homes to be able to get out. Right now, they're just put on a waiting list. These are the kinds of things that we're doing."

Question from a viewer: Is there any chance that you and Gov. Abbott could meet to try to get on the same page with a few things? It's fine for you all to disagree, but at least talk in person rather than through social media. Would you be open to that, mayor?

Mayor Adler's response: "Absolutely. And I've offered and asked for that opportunity. And I'm trying really hard not to get engaged in a social media back and forth with the governor who tweets at me. And very rarely do I tweet back. The statement that you read was one that the media asked for. And I give those statements. I don't think it's productive when we take issues like this and make them political. But what's within my control is just staying focused on public safety here in Austin."

How to see Uranus without a telescope this week