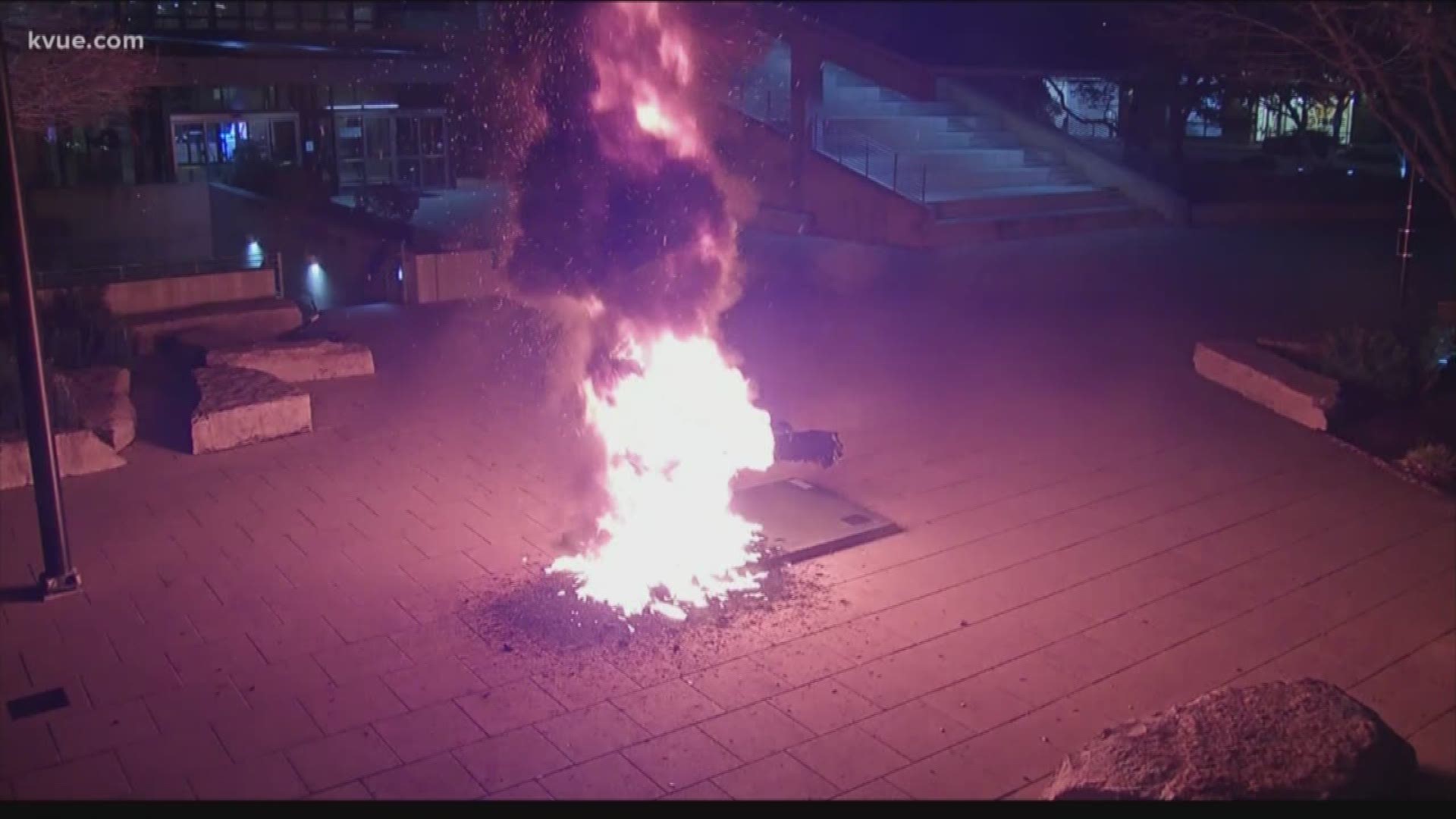 AUSTIN, Texas — The man accused of setting a grackle statue on fire at Austin City Hall has been arrested, according to the Austin Fire Department.

Rodney Lynn Cook, 67, was arrested and charged with criminal mischief for setting the "Ganador" on fire on Monday, AFD said.

The art installation that caught on fire brought Austin police officers to city hall Monday morning at approximately 5:30 a.m., according to a police report.

When officers arrived, they found the large sculpture of a grackle that sits outside Austin City Hall "fully engulfed" in flames, according to the police report.

AFD said firefighters were able to extinguish the flames, but not before the grackle statue was totally destroyed.

AFD investigators reviewed surveillance footage of the statue, which shows a white male – described as 55 to 70 years old, wearing a grey/white long sleeve top and dark pants with a full head of white hair – lighting the statue on fire.

AFD said based on eyewitness information, arson investigators had initially arrested a suspect for the fire. However, AFD said they released the suspect after viewing the footage.

After the footage was distributed to the media and shared online, police received a tip that the suspect was sitting on a bench near City Hall at Lavaca and Cesar Chavez streets. Fire investigators then responded and located Cook at West Third and Guadalupe sStreets.

Police said Cook was wearing a red stocking cap and had a cigarette lighter in his right hand. Officials read him his Miranda rights, which they said he waived and he agreed to speak with fire investigators.

Court documents state Cook told investigators he did not know why they would want to speak with him and he denied setting any fires. When he was shown the video, officials said he advised that the suspect was someone who looked a lot like him but they probably had a wig on. During the interview, officials said Cook stated that he likes fried chicken and pigeons, not the art display.

Photos posted on Austin's subreddit detailed what remained of the burnt sculpture.

The artist of the sculpture, Christy Stallop, took to Twitter on Monday.

"I’m heartbroken. Ganador is in ashes. I don’t know any of the details as it is an ongoing investigation," the sculpture's artist tweeted.

Video shared with KVUE captured the scene as the grackle sculpture was "fully engulfed," as the police report stated.

AFD said Cook's charge is a state felony and carries a possible punishment of 180 days to two years in jail. Documents state he was charged with criminal mischief with a $15,000 bond. 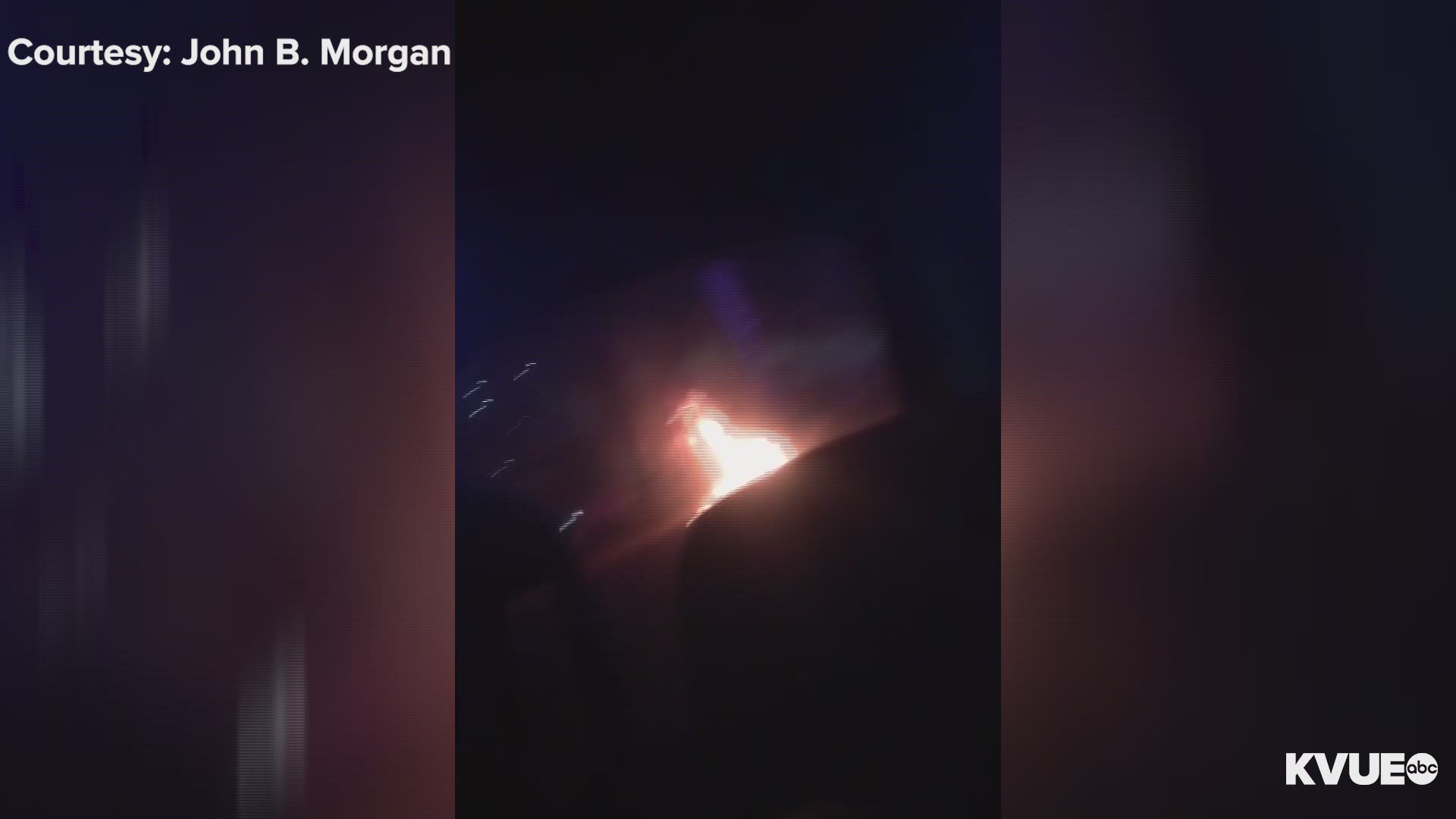 Twitter CEO no longer speaking at SXSW as coronavirus spreads