The council is set to officially vote on the items on Thursday. 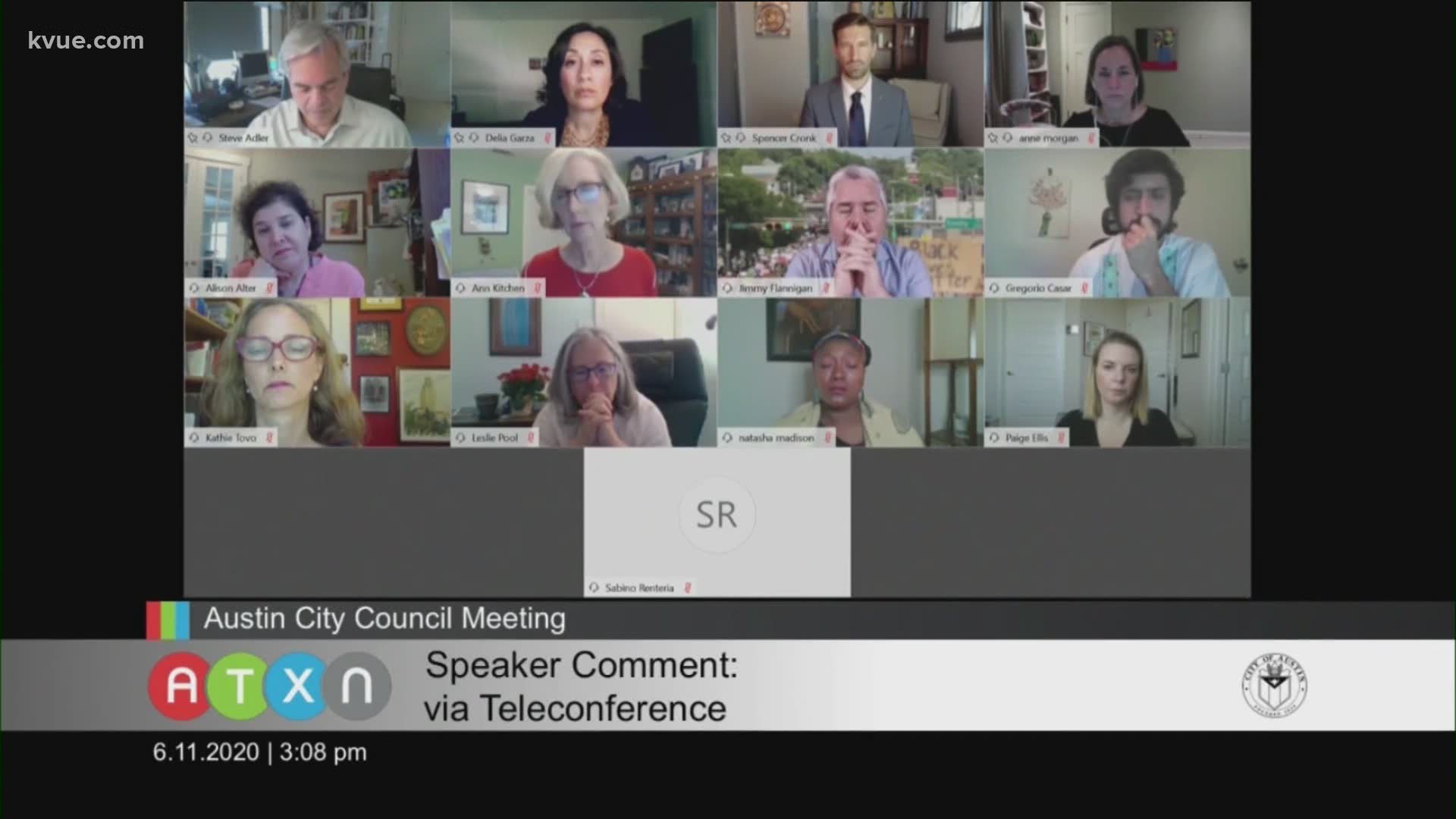 AUSTIN, Texas — All members of the Austin City Council have agreed to co-sponsor a series of items aimed at police reform at their regularly scheduled meeting on Thursday.

During a virtual work session on Tuesday, the 11 councilmembers – including Mayor Steve Adler – showed unusual solidarity by agreeing to co-sponsor several resolutions intended to tackle racial injustice at the hands of the Austin Police Department. One of the items also aims to create a smoother path to housing for people with criminal histories.

The council is scheduled to officially vote on the proposed resolutions on Thursday. The items the council is unified on aim to:

The meeting can be streamed live here.

Several councilmembers have expressed their concerns over the leadership of APD Chief Brian Manley amid calls for his resignation by groups like the Austin Justice Coalition, following more than a week of protests in the city over police brutality and racial injustice.

Adler also appeared on CNN, where he spoke on the council's intent to pass the police reform.

"We're talking about taking dollars away from the police because there are a lot of situations," Adler told CNN. "We don't need somebody who's a sworn officer and a gun in order to be able to accomplish what the community needs done."

On Monday, the Austin Police Association issued a statement asking the council delay action on the resolutions until the City's final budget is enacted.

Timeline: A history of 'Live PD' in Williamson County