Despite the executive orders signed by President Joe Biden, U.S. representative August Pfluger is looking to protect jobs in the oil and gas industry. 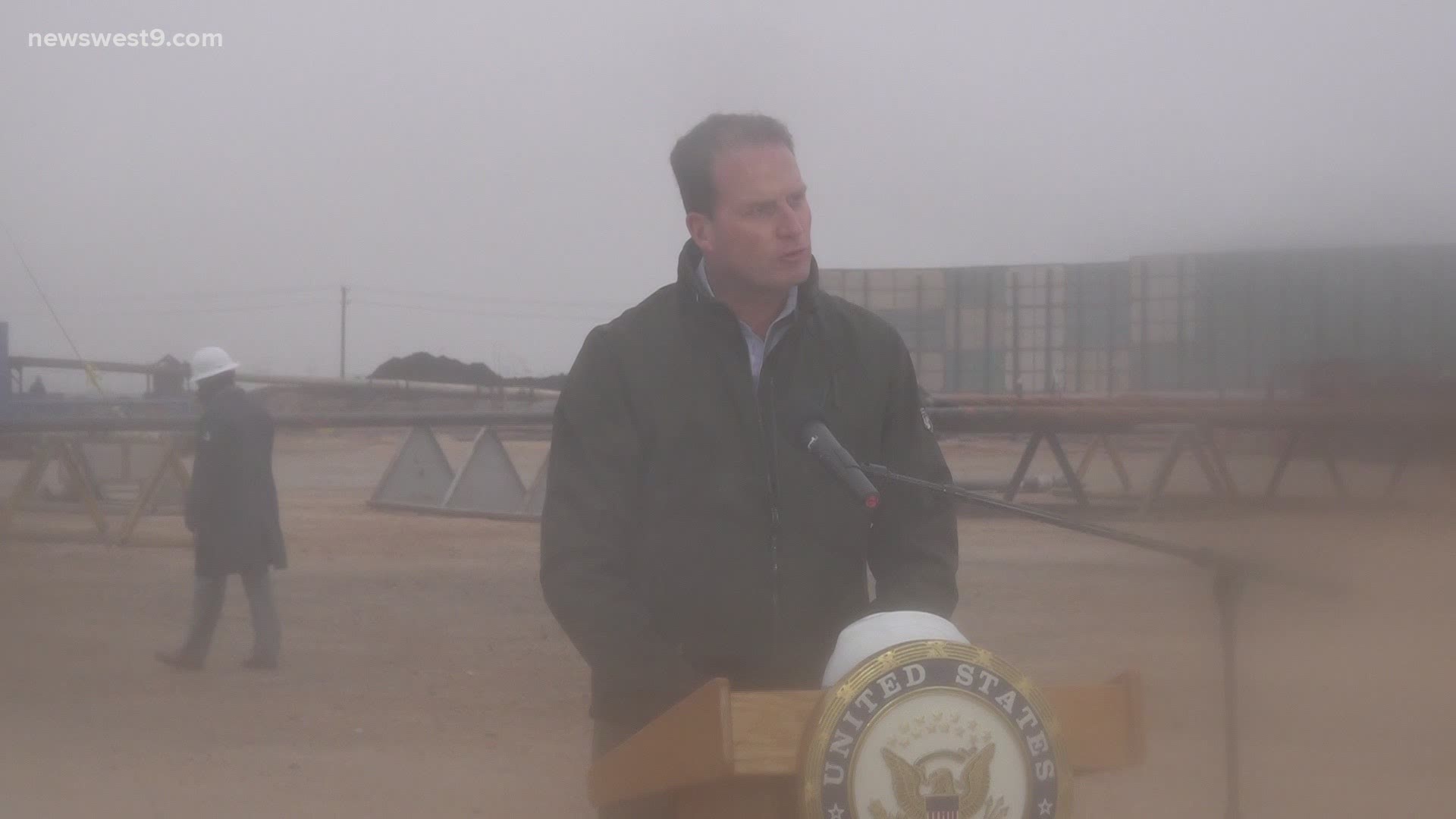 MIDLAND, Texas — Despite only being a U.S. Congressman for a few weeks, August Pfluger is working non-stop to protect jobs in the oil and gas industry. Pfluger made his way back to Midland not only to stand up for those jobs here in Texas but across the country as well.

August Pfluger has a real simple message to anyone looking to threaten the industry: Don't mess with Texas.

"Don’t mess with Texas. Don’t mess with our jobs or livelihoods. You don’t mess with the good work of the people who live here and the lifeblood that our world needs. Without the Permian Basin, without the production capability that we provide here, our nation would be cold, dark, and hungry," Pfluger said.

"American energy is cleaner than the foreign entities that are making it and you’re sending money to our adversaries instead of creating American jobs. That’s why we're here today. That’s why we’re fighting back," McCarthy said.

At the federal level, there's talk about high paying green jobs, but Westerman doesn't believe that the Biden administration actually has a plan to work those out.

Even though the Republican party is the minority party in Congress, they are looking for everyone to join them in protecting oil and gas jobs.

"What we’re asking is join with us. Those that are on the other side of the aisle, many of you may represent Texas. Don’t follow Nancy Pelosi and Joe Biden. Follow your constituents, care about the jobs, care about the country. Join with us. Reverse the Keystone pipeline. Allow people to produce their energy here in America," McCarthy said.