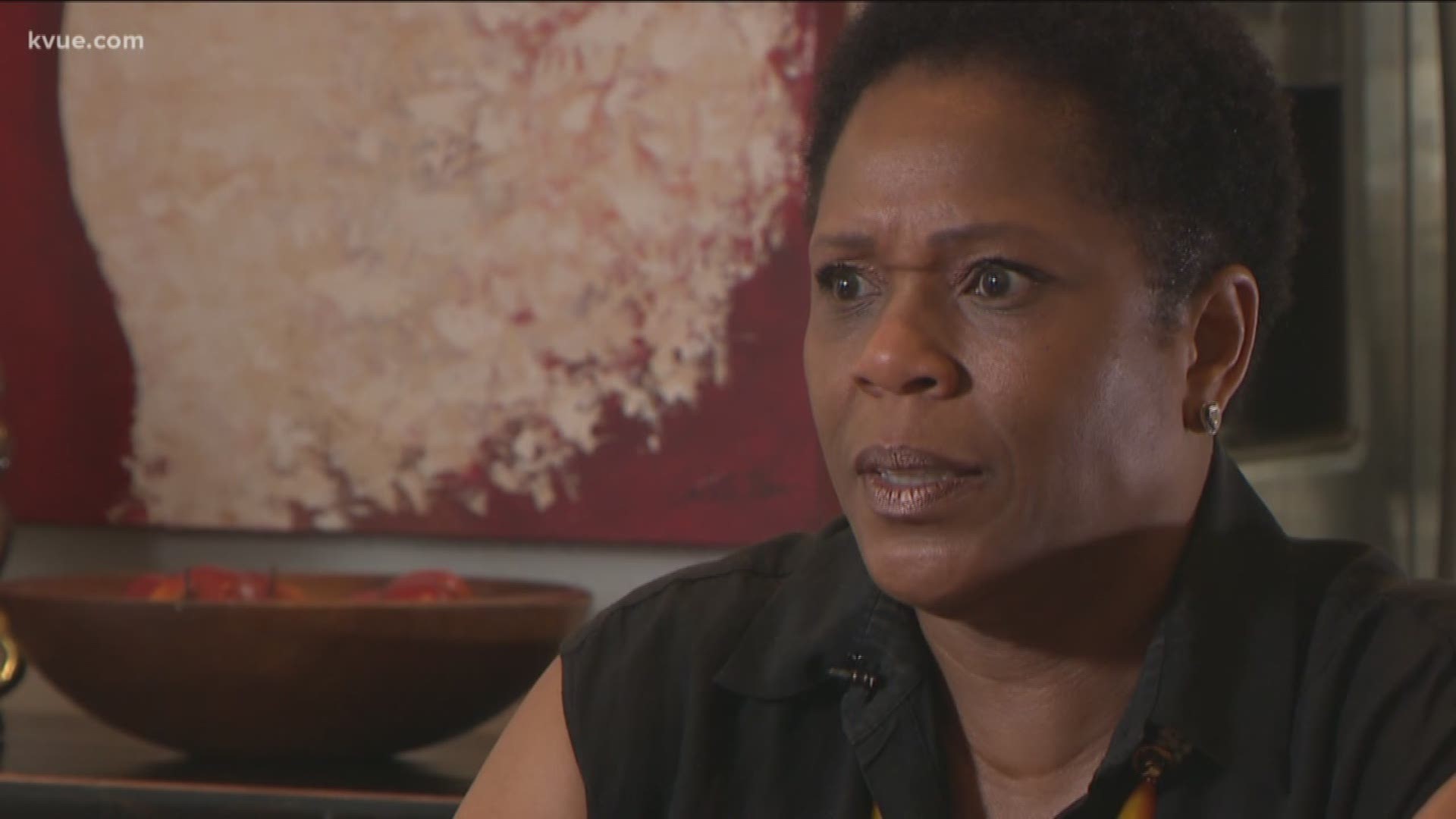 AUSTIN, Texas — If someone enters your home, uninvited, unwanted and without your permission, something is taken from you – sometimes it's material possessions, but for Austin resident Karen Kennard, the thing stolen was much more valuable.

"My sense of security," said Kennard. "It was very threatening and to feel like somebody could walk into my house and feel helpless, I've never – I haven't gotten over that. I don’t know if I ever will. I get up at night, check the doors, check the windows."

"In the summer, I like to take a walk on Sunday afternoons, kind of just clear my head, get ready for the beginning of the week," she said.

As she rummaged through her purse looking for earbuds, she heard her front door swing open.

"This tall guy walks in. He doesn't have on any shirt, no shoes and just a pair of shorts and he’s kind of sweating," Kennard recalled. "And he slams the door and he says, 'You know why I'm here.'"

Kennard had never seen the man.

Kennard said it felt like time stood still and then she remembered her home had a back door. She escaped to a neighbor's house to call police and said the man also came out the back door, then headed down the street.

"The police get here and they, you know, ask for a description, and as I give them a description of the guy, one of the officers says, 'We saw somebody who looks like that a couple houses down, in the front yard, you know, messing with the water hose,'" she said.

According to the police affidavit, officers found the man at a home where the front door was open. He was in the bushes. When officers tried to arrest him, he ran so they used a Taser.

The man was charged with two counts of criminal trespass and one count of evading arrest.

Kennard said months passed without a word on the case. Then in 2018, she got a call from someone in the county attorney's office.

"She just wanted to let me know that they're beginning to look into the case and try to make some determination of what they were going to do with it," Kennard recalled.

The woman on the phone told her who had come into her home that day.

"Ryan Harty," said Kennard. "And these are her words, 'All-American swimmer at the University of Texas,' which kind of upset me a little bit. What I told her is that I don't know anything about him but his behavior was not All-American behavior."

KVUE News reached out to Bruce Fox, Harty's attorney, to request an interview. Harty declined and asked Fox to speak on his behalf.

"Ryan, 21-year-old kid, decided that – he was with some friends, and they decided that they would eat some form of hallucinogenic substance," Fox explained. "And he did, and he had what we would characterize, from back in my day, as the proverbial bad trip."

Fox and the prosecution took a plea deal to a Travis County judge in April 2019. The county attorney dropped two of the charges. Under the deal, Harty has to pay a fine, do community service, submit to random drug testing and have counseling. If he does that and stays out of trouble for 14 months, the charge for criminally trespassing into Kennard's home will be dismissed.

"He came to the table with a clean slate, he made a mistake, so he's going to get more consideration for all those things that I stated in the system than somebody that comes in with a criminal background," said Fox. "So he was treated accordingly."

Kennard isn't so sure.

That's not the only question she has.

"It was that day, literally five minutes before I walked into court, that I found out Mr. Harty was still swimming for the University of Texas," she added.

In fact, the week before his hearing, Harty swam for UT in the NCAA Division One Men's Championship and helped the Longhorns take second place. His criminal case never impacted his standing with the team because UT didn't even know about it.

The Texas Athletics Department gave KVUE this statement after the hearing:

"We recently became aware of the situation involving our swimmer Ryan Harty with news of his court case last week. Now that we have been informed, we are gathering facts, reviewing the situation and determining any action that will be taken."

"He never told," said Kennard. "They found out when my brother called the university. The questions that I have had since is, how did UT not know about it? How was he able to continue to compete? He was arrested and hospitalized."

The UT Media Relations Office referred us to the Student Code of Conduct, which states in cases of misconduct "the dean of students may initiate disciplinary proceedings."

Kennard has had meetings with the university's athletic director.

"The policy's not cut and dry," she said. "Athletes, according to the athletic director, there's no implicit requirement that they report if they get arrested. Even though it wasn't implicit, the person has a scholarship and it's a privilege to represent the university. 'And so, I think it's a matter of integrity that you didn't tell anybody.'"

Kennard said she wished Harty no ill-will, but wanted him to understand second chances have to be earned.

"I want him to learn a lesson from this and earn the right to then be, you know, back doing whatever it is he wants to do. And I just don't think that that kind of work has been done yet," Kennard said.

KVUE News reached out to UT several times, three months after the court hearing. A media specialist said they would give us an update, but they never did.

When school starts in the fall, Harty will be a redshirt senior on the team.