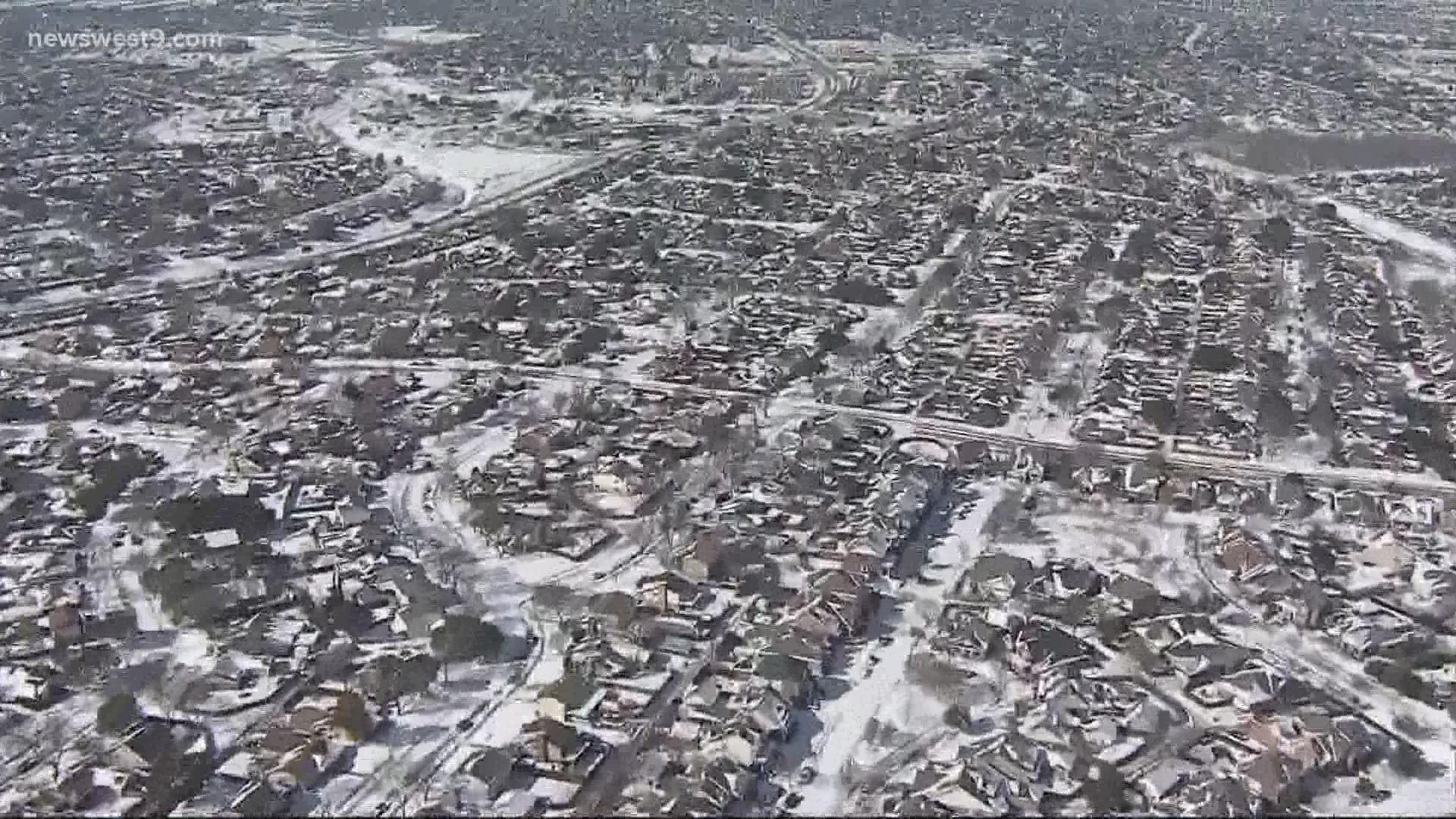 ODESSA, Texas — Thousands of people in the Permian Basin were without power for several days during the deadly winter storm in February. On June 8, four months later, Governor Greg Abbott signed new laws with the hope that Texans will never have to experience that type of power grid failure again.

The two bills signed by Abbott are designed to completely overhaul ERCOT's board and to begin the process of weatherizing power generators throughout the state.

"There is improved weatherization," Abbott said. "Weatherization of power generation, natural gas and transmission facilities to better handle extreme weather. The railroad commission and ERCOT now must inspect these facilities."

Failure to inspect and weatherize could result in fines totaling up to $1 million.

The weatherization plan isn't designed to just protect against winter weather, but rather all types of weather conditions. It's one of the reasons Abbott and others refer to this as "weatherization" and not "winterization."

"Under SB 3, the P.U.C. as well as the railroad commission are tasked to weatherize appropriate infrastructure that is not to the detriment of either the spring, summer, winter or fall," Charles Schwertner, Texas State Senator, said. "They put in place appropriate weatherization as they see fit depending on the locale of the facility."

Kelly Hancock, another member of the Texas Senate, said all of this was done to protect the consumer.

Abbott also mentioned that for those who experienced costs associated with the storm, there is help available.

"Under the CARES Act, there is $1 billion of funding that is available for low income housing residents for them to be able to use that money to pay for any cost associated with this winter storm, and the low-cost housing authorities are already working with Texans around the state to make sure that it’s available," Abbott said.

The state won't likely require companies to weatherize until possibly 2022, and plans to help pay for the necessary upgrades were struck from legislation during negotiations between members of the House and the Senate.