As Seen On Tv

A whole genus of a whale, never been seen, was just uncovered. 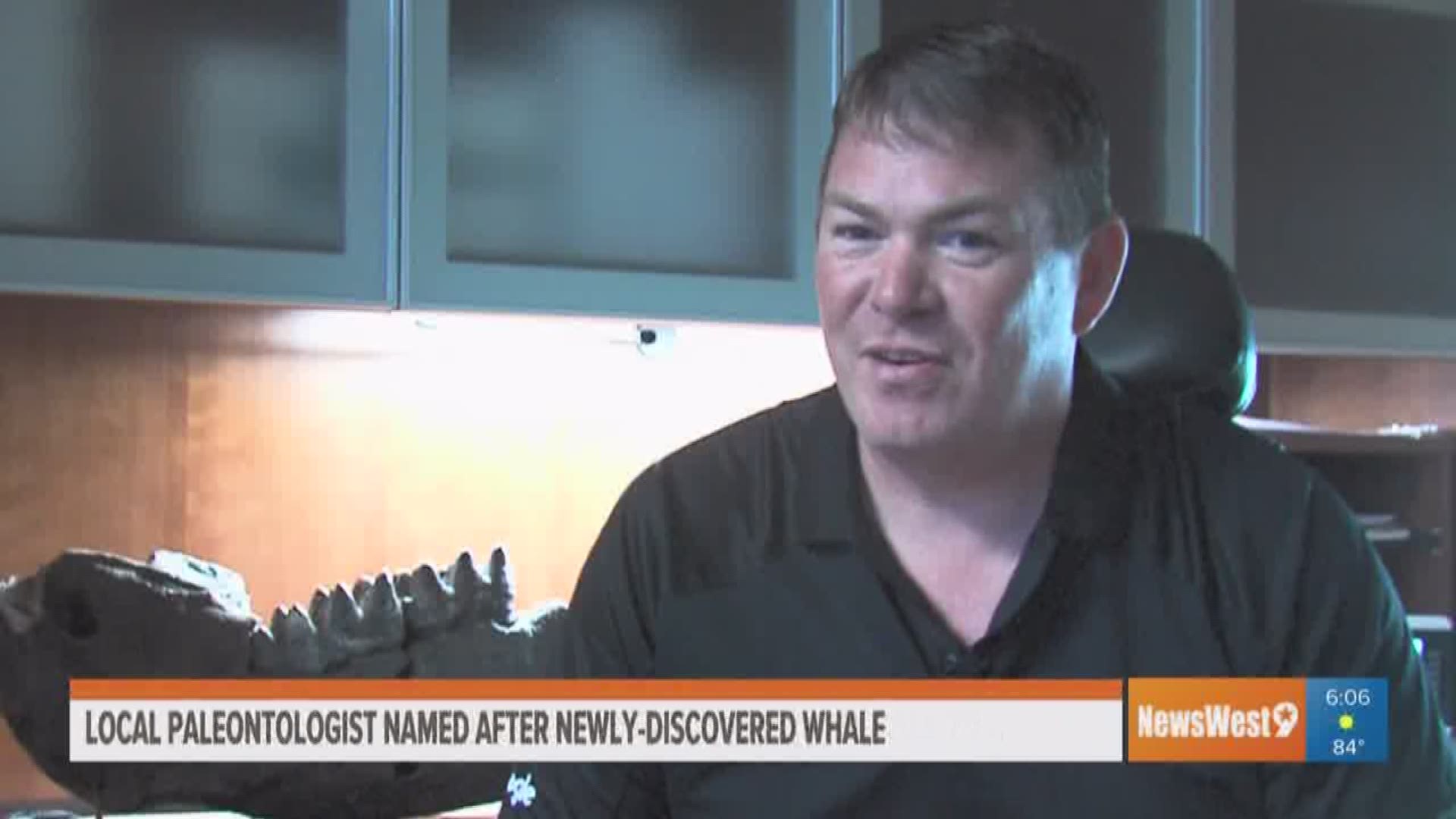 ODESSA, Texas — Imagine discovering a fossil. Maybe something that came from a plant or marine life that can be identified through research.

But what if you discovered a whole genus of a whale that has never been discovered before?

That was the story for ECISD's Chief Innovation Officer Jason Osborne a few years ago. Now, that whale genus is currently being studied by scientists, who named the whale genus after him.

Osborne has been studying paleontology for the last twenty years. But one day, one of his explorations would change his life and science forever.

The story starts back in 2012. Deep into the swampy waters of the Edisto River in South Carolina is where Osborne was scuba diving for the U.S. Geological Survey and for his non-profit, PaleoQuest.

It's not the type of scuba diving as you'd like to think. It's in water so dark you can see only a few inches in front of you, not to mention, it's infested with alligators, venomous snakes, glass and he's making that dive in underwater caves. That's where he would make an unbelievable discovery of a whale skull never discovered before.

"This one in particular was so unique and so foreign," said Osborne. "It took me 13 hours of underwater excavation to get it out."

After a lengthy process of research with scientific partners, the genus of this whale now has a name called Ediscetus osbornei, taken from Osborne's last name.

"I never thought I would have something named after me," said Osborne.

Osborne found the Ediscetus osbornei whale was a type of whale that wasn't too large, yet the skull told a story about it's feeding behavior.

"It also had this long telescoping snout," said Osborne. "Based on its snout and its teeth, it would snap at its prey."

Osborne's discovery is published in the Journal of Vertebrate Paleontology, one of the largest paleontologist publications in the world.

Although the Ediscetus osbornei may just be at the first chapter,many years are to come for science to discover more of its story.

It's a reminder that even in the deepest depths of our minds, our questions of life can open doors and maybe behind them, we can find missing pieces of time and how they won't be the tail end of history.

"I want it to create enough curiosity people become interested to work with stuff I've done and to support that through grants and i could get back in the water to find more," said Osborne.

To look at the journal, you can view it by clicking here.