Patrick Payton tells NewsWest 9 that advocating for the importance of the oil and gas industry is a conversation he plans on taking to Washington D.C. 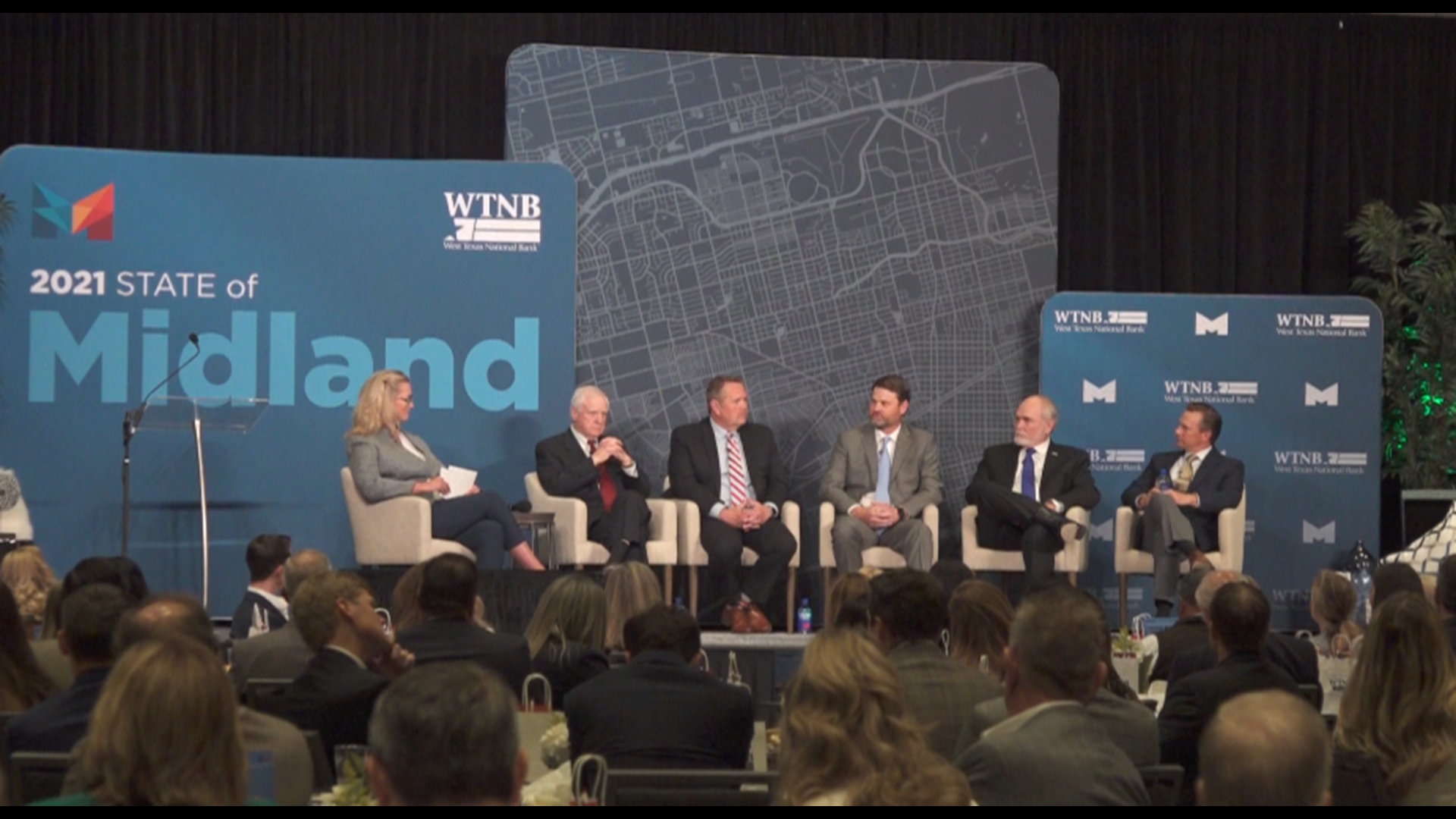 MIDLAND, Texas — The 2021 State of Midland was at the Bush Convention Center Monday.

City, county and private sector leaders gathered to talk about everything from Improving Midlander's health, to keeping up with infrastructure amidst a population boom and moving forward after the pandemic.

Another big topic of conversation?

Advocating for the importance of the oil and gas industry, not just in the Basin, but across the country.

Midland Mayor Patrick Payton tells NewsWest 9 it is a conversation he plans on taking to Washington D.C.

“We have been calling different mayors from all over the country and working with Senator Cruz, Congressman Cornyn, August Pfufler and the Petroleum Strategic Partnership to build a coalition of mayors who can then go to Washington D.C. with us and advocate for what it means to really be a nation of energy,” Payton said. “Not just oil and gas, but hydro, nuclear, whatever it might be because we really are the nation and world’s leader in energy. So we want to talk about that with a wise voice, not a radical voice.”

This idea of a mayor coalition is something that came about after Payton went to a national mayor’s conference. It was then he realized there are not enough people who know how vital energy is to the nation.

“The convention of mayors is made of mayors from democrat cities, people who really want to spend their time demonizing the oil and gas industry,” Payton said. “So it’s up to us to step up to the plate to tell the story of the industry of energy, of oil and gas rather than letting the story be dictated to the public.”

And by us, Payton is referring to Mayors from South and North Dakota, Pennsylvania and Texas.

The coalition has one big goal in mind:

“It’s a matter of taking the facts to Washington D.C., rather than a radical agenda with loud voices... we just want to be a calm voice,” Payton said.

Mayor Payton tells us he has already met with oil and gas leaders from other parts of the country. They are going to continue to meet and gather information. Come late this summer or early fall, the mayor will head to D.C. to have a this conversation with leaders there.