From Centennial Park, to the Micro-Market, to new restaurants and bars, the area has changed drastically over the past year. 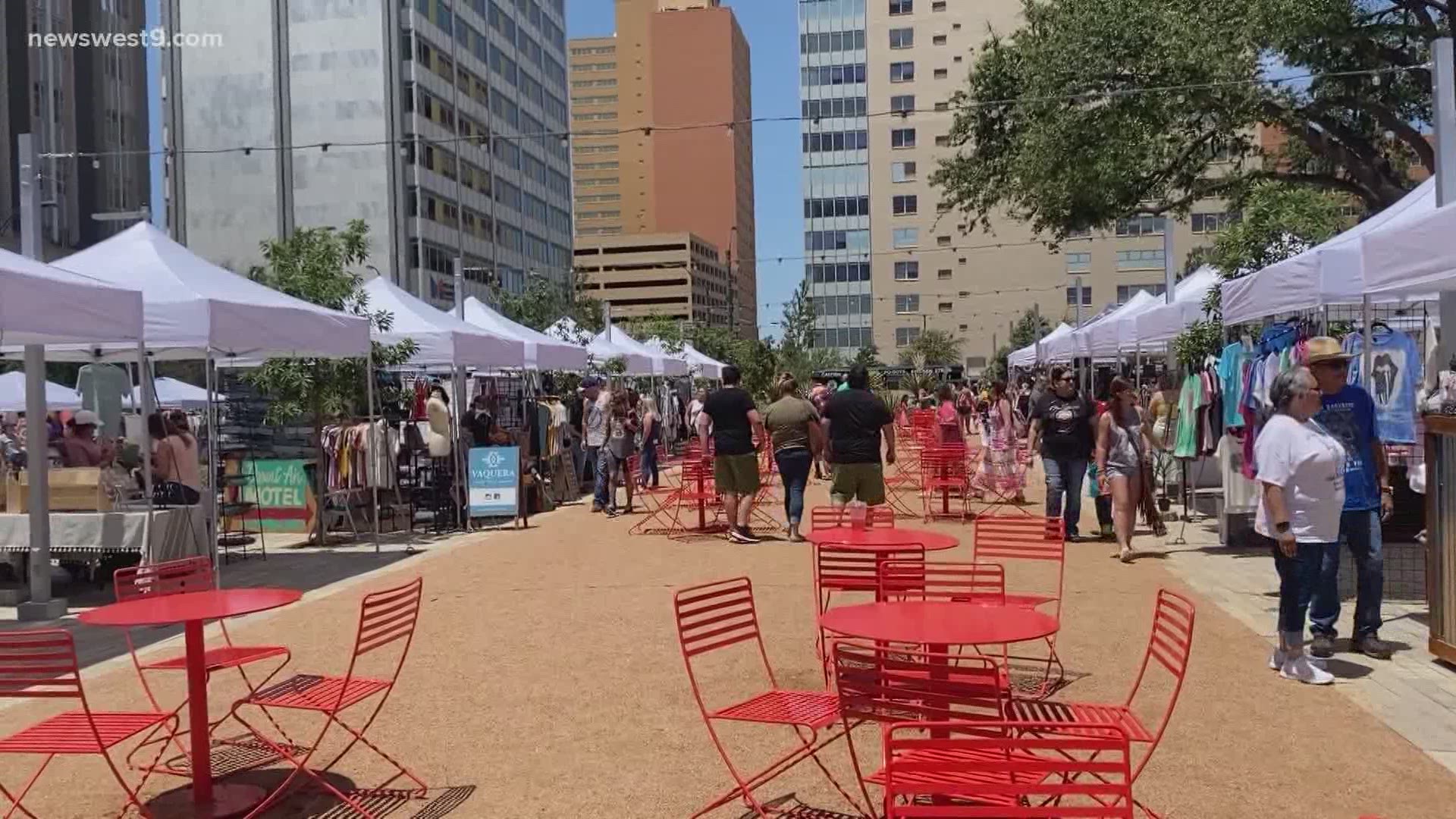 MIDLAND, Texas — Things are moving and shaking in downtown Midland.

From Centennial Park, to the Micro-Market, to new restaurants and bars, the area has drastically changed since the beginning of the year.

“This is the new normal, we are seeing young people, millennials, entrepreneurs, step up and make this a really exciting place to live and do things so we can just enjoy the community,” Jack Ladd, Midland City Council, District 3, said.

‘IT DOESN’T EVEN FEEL LIKE MIDLAND’: That’s the general sentiment from people hanging downtown these days. @CityOfMidland council members and entrepreneurs from the micro-market, now have their eyes set on creating an ‘entertainment district’ downtown. 1/2 @newswest9 pic.twitter.com/k6zuyjghkR

Now city council and the entrepreneurs from the Lo Street Micro-Market have their eyes set on creating an "entertainment district" downtown.

A fun space to hang out, listen to live music and walk around the streets with a drink in your hand.

Who came up with the entertainment district idea?

“I’d love to take credit, but it’s something that was actually discussed 40 years ago amongst city council," Patrick Payton, Midland mayor, said. "We just rebirthed it and brought it back."

Payton says the idea is simple.

"It’s something very simple," Payton said. "We can draw the perimeters of downtown, it will be an entertainment district much like the West End in Dallas or downtown Fort Worth. And in addition to that, there will be a cultural district and an art district, it is going to be a great opportunity.”

A great opportunity for entrepreneurs like Lauren Johnston, the co-creator of the Lo Street Micro-Market.

Just this weekend, the market had over 80 different vendors and brought in well over $200,000 worth of revenue.

“We have had nothing but amazing feedback from the council and from the mayor," Johnston said. "It’s been really exciting to see Midland wanting what we are doing, it’s very encouraging.”

As to when and where this entertainment district will happen?

Well, the mayor tells us they are finalizing the location with the state and city.

He thinks they will have it open and ready to go by the end of the summer.

And when the next Lo Street Market is?