April is child abuse awareness month and this local children's advocacy center has been helping families that have been affected by any form of abuse. 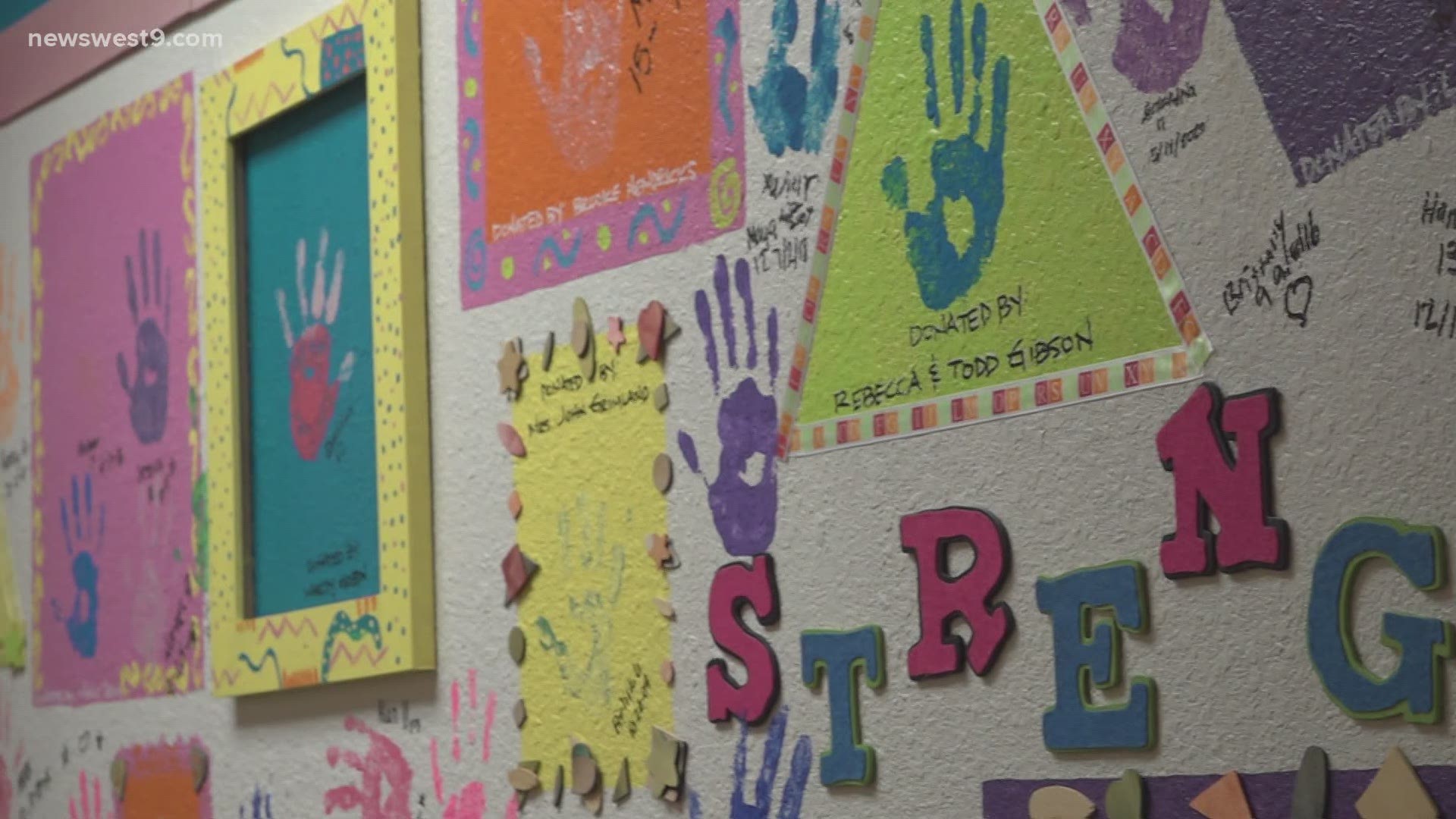 MIDLAND, Texas — Handprints of all different sizes, from different years and from different people are on the walls of the Midland Rape Crisis and Children's Advocacy Center, with every hand representing a group that is sharing something

"They're brought by CPS or law enforcement to our center when there's been a suspiscion of abuse or neglect," says Education Director, Paula Cox.

"They get to put their hand print on the wall after they’ve been interviewed and it’s just a way for them to claim what they did and it’s really neat for kids to see it that come in after because they’re not alone," says Cox.

Advocates at the MRCCAC are there to support kids and families affected by some form of abuse.

Therapy rooms are in another area of the center for therapists to let kids express themselves whether it be with art, sand or just playing dress-up.

"Those littles don’t necessarily have the words they need to talk about what happened or even understand what has happened or maybe don’t understand that it was okay, they can use the sand tray to tell their story or draw or paint playdoh act out things that are in their head with the toys. When you watch kids play a lot of times they’re mimicking what they’re seeing or what they heard," says Cox.

For the bravery shown, children are able to take something home.

Parents and guardians also can receive assistance from the center if they are interested.

"If a parent or a caregiver is here they would meet with a child advocate just to talk about what they might be needing what’s going on. They might not of have any idea that this was going on and they’re in shock. They’re having all those emotions coming up and not knowing what to do and so the advocate can talk about here’s what to expect now that this is going on," says Cox.

With encouraging words from staff and positive messages left behind by previous visitors, others that come are reminded that they aren't alone

Cox says, "One kid said 'yea that’s a cool place it was fun and they helped me' so that’s what we want to hear we want to make sure we’re serving the kids and their families."