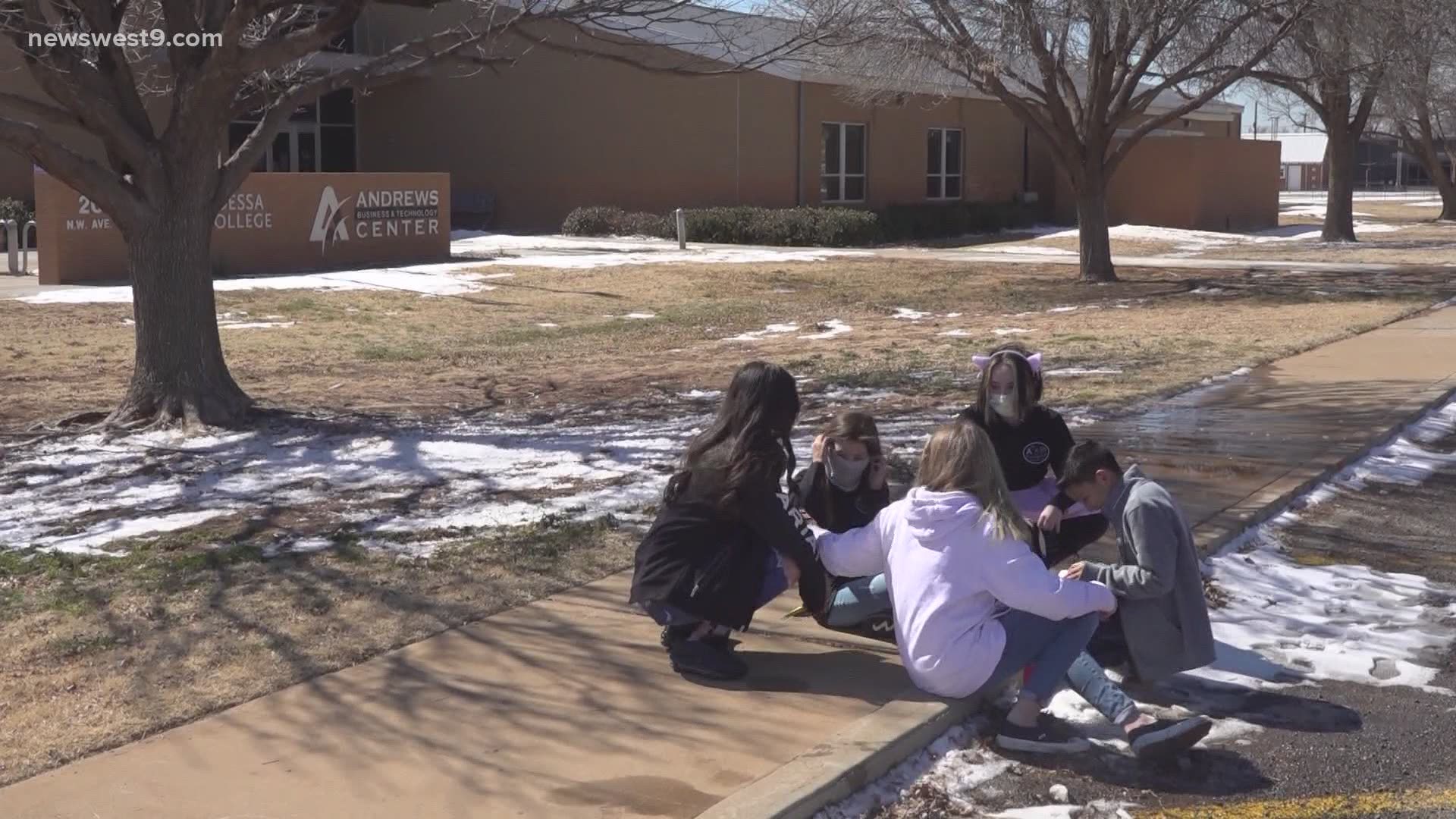 ANDREWS, Texas — The sixth graders of Andrews Middle School are on a mission. They all had different things to say like...

"I really like that we get to find ways to help our community," Tatum Holley, Andrew's 6th grader said.

"They look beyond themselves and do something for the community," said Holly Edwards, 6th-grade Future Problem-Solvers Coach.

Every year this group looks to solve or help lessen a problem, and last year COVID-19 and the oil bust were their main focuses.

"Some of our community members had lost jobs because of the oil crisis and hours being cut and so their wages were being cut as well as not having everything that they're used to having, so the students wanted to come up with a way to increase their wages," Edwards said.

The team of sixth graders presented their ideas to the city council.

"In talking to people in the community and a survey, we found out that maybe a market day once a month would be great," Edwards said.

It was approved, but COVID case numbers delayed them from starting.

"Once they saw that yes, people in the community were interested in this project, it was like a spark was lit.

After hours of preparation Friday, "I'm really excited to see what all the people are selling and how many people are coming," Hailey Gribble, Andrews 6th Grader said.

They kicked off their first market day Saturday morning from 9 a.m. until 3 this afternoon. Over 200 residents showed up. Vendors with tea, clothes, plants, and more.

"Each year it's neat to see the community problem-solving project come to life and stay alive in the town," Edwards said.

If you're interested in becoming a vendor at the Andrews Market Days, contact Holly Edwards at hedwards@andrews.esc18.net.