Toddler dies after being found face down in a hot tub

The sheriff's office confirmed the child died Monday night. The DA's Office and CPS will not be pursuing charges. 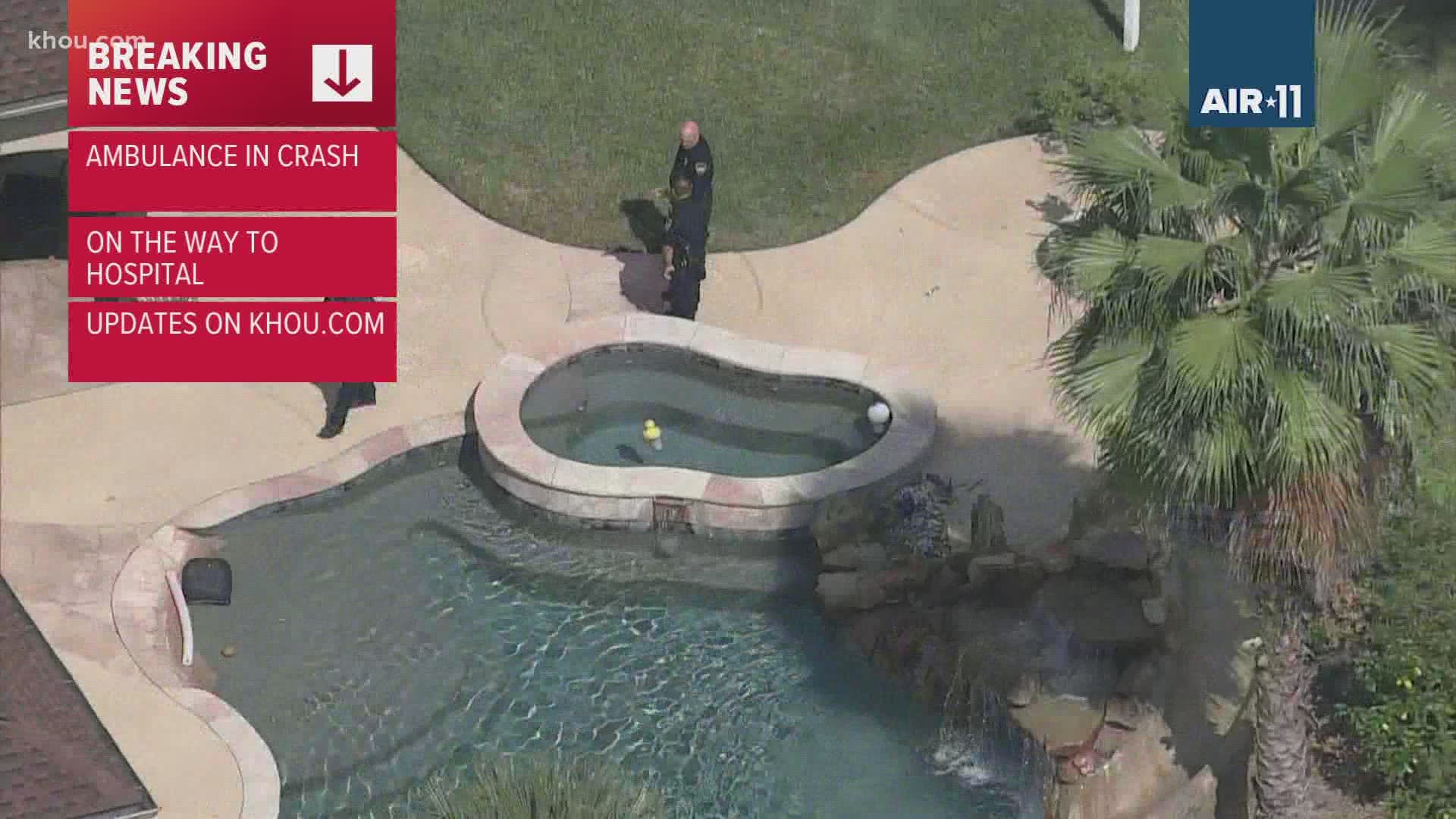 MONTGOMERY COUNTY, Texas — A child died after he was found face down in a hot tub at a home in southwest Montgomery County, deputies said.

This happened at about 12:05 p.m. Monday at a home in the 28000 block of Beth Marie Dr., Magnolia, Texas. The Montgomery County Sheriff's Office said an employee from a local pool company found the 20-month-old face down in a hot tub.

EDITOR'S NOTE: The video above is from a report prior to the announcement that the child died late Monday night.

A Montgomery County Precinct 5 Deputy Constable was the first on scene and began CPR on the boy until first responders arrived.

While on the way to the hospital, the ambulance the young boy was in crashed with a vehicle on FM 1488.

Details of how the crash happened are unknown and it's unclear if the young boy suffered any injuries from the crash, but he was put into another ambulance and taken to a nearby hospital.

On Tuesday, the sheriff's office had confirmed that the boy had died Monday night. The Montgomery County District Attorney's Office and Child Protective Services said they will not be pursuing charges.

The Texas Department of Public Safety is investigating the crash.