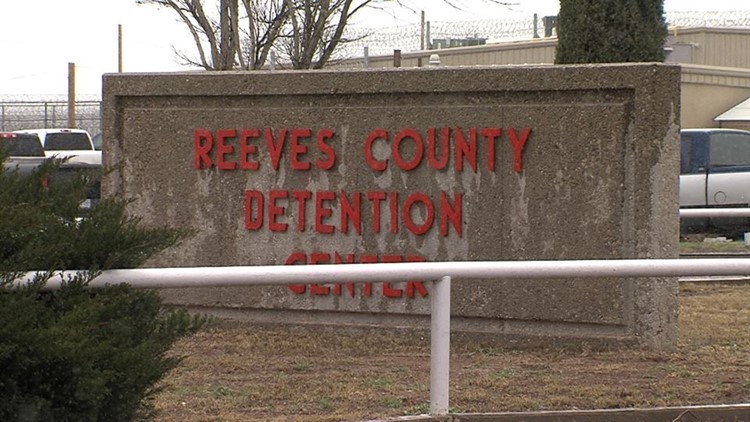 An alleged hunger strike is underway by inmates in the Reeves County Detention Center. They claim they were put in solitary confinement just for seeking legal help in light of a recent lawsuit.
Author:
Published: 11:10 PM CST March 4, 2015
Updated: 12:05 PM CDT July 10, 2018
By Alicia Neaves
NewsWest 9

REEVES COUNTY - An alleged hunger strike is underway by inmates in the Reeves County Detention Center. They claim they were put in solitary confinement just for seeking legal help in light of a recent lawsuit.

William McBride, the attorney behind the lawsuit, says he met with 56 inmates Tuesday at the Reeves County Detention Center. On Wednesday morning, when he arrived to meet with more clients, he says he was told by the warden that no further interviews will be allowed.

"[The warden] didn't give me a reason why. He just said, 'We're not gonna let you see them today, tomorrow or in the future,'" McBride said.

The wife of a Reeves County inmate says her husband was locked up for illegal re-entry into the United States He had no criminal background.

"Just for wanting to be with his kids, to be with his family, they're sentencing him to 16 more months in jail. He's already been there for a year," she told NewsWest 9 over the phone.

McBride says his phone number was also blocked in the facilities.

"They're punishing them. Those who spoke with a lawyer, or were wanting to speak with one, they put them in solitary confinement," the wife of the inmate, said.

McBride is fighting for the constitutional rights for inmates in private prisons across Texas. His lawsuit pinpoints the facility in Willacy County, in South Texas, and its parent company, the Management and Training Corporation.

He plans to go after all five private prisons in Texas.

"One of the most alarming stories that I heard were individuals who came to the United States who were picked up for immigration violation with no criminal history, no criminal record and they were given anywhere from 16 months to 24 months in prison," McBride said.

He says inmates told him they get only rice and beans for every meal and only four computers to share between nearly 2,300 inmates. which, he says, makes it nearly impossible for them to seek legal representation. Medical care is also a concern.

"I met with another client who is in a wheelchair, who reported that he had an infected toe because he's a diabetic. No medical attention was given to him other than some type of Neosporin cream. As a result, he lost all five of his toes and part of his foot," McBride said.

NewsWest 9 reached out to the parent company of the Reeves County facility, The GEO Group, Inc. about McBride's access to the inmates.

They said in a statement, "As a matter of policy, our company cannot comment on operational and legal matters."