The rare quintuplets were born at Odessa Regional Medical Center in August of 2020. 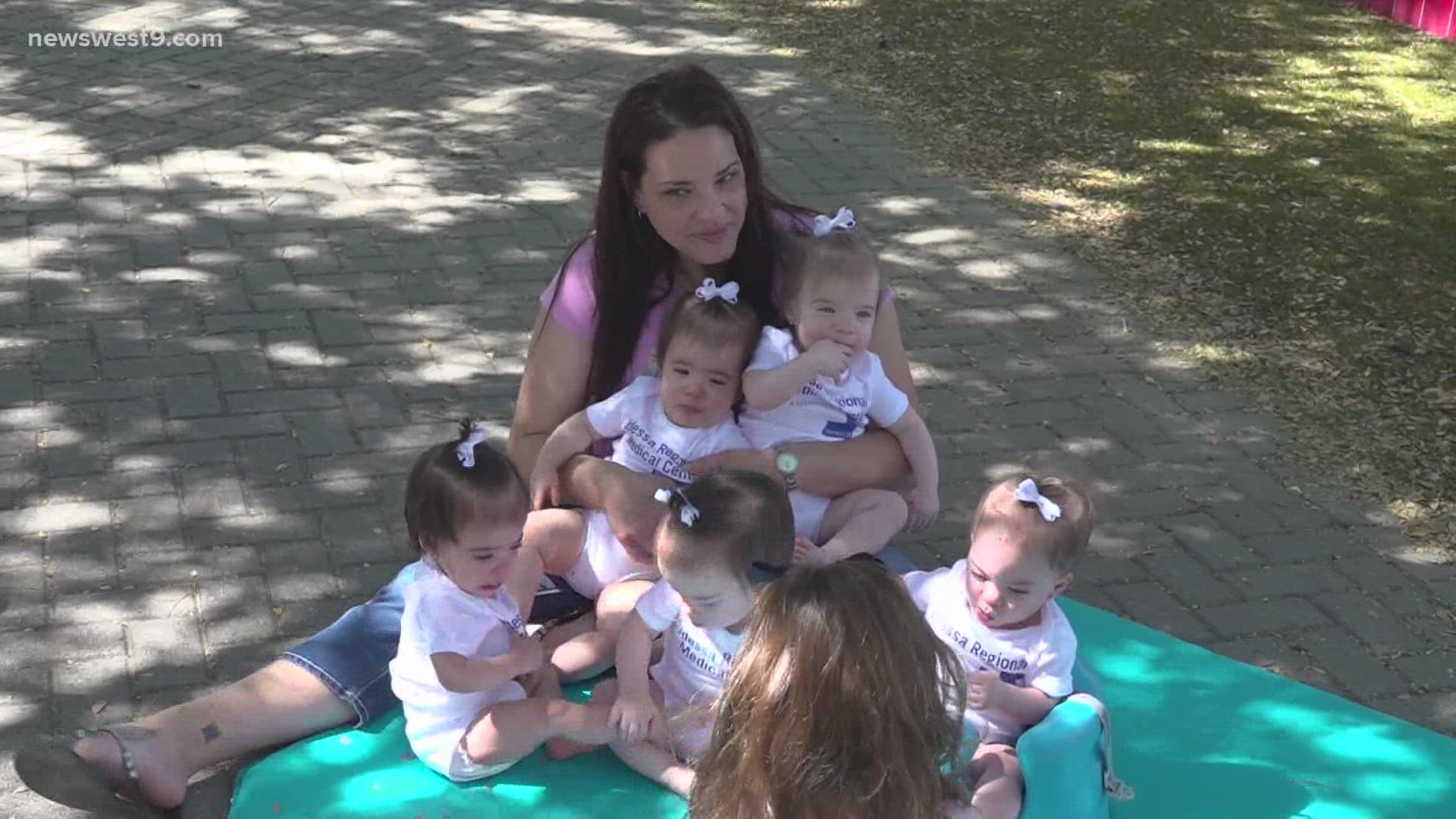 One of their moms, Heather, brought Hadley, Reagan, Zariah, Zylah and Jocelyn Rodriguez back near ORMC Tuesday to meet some of the nurses that helped deliver the girls.

"As being a nurse it's almost like, we're kind of their caretakers, almost like a parent, make sure they feel safe and cared for and loved," Pete Molina, one of the nurses involved in the delivery, said.

"This is the place that essentially got them here and made them be as strong as they are so it's just very bittersweet being back here, knowing this is where they started," said Rodriguez.

Heather and her wife Priscilla were expecting four babies, but come to find out there was one more.

"A surprise, just still adjusting to the fact that we were being told there were four and then bam there was five," said Heather.

All-girl quintuplets are also extremely rare: "From my understanding, they are only the second set in the country," said Rodriguez.

The couple also has another daughter named Sawyer that is a big sister to these five girls.

The girls turned one in August and the first year has been one for the books.

"This first year for us has been a whole bunch of emotions, its been sad because when they were first born not knowing what can happen and that of course turned over into nothing but joy, seeing these babies that have grown and then it's turned into crazy sleepless nights, but it's been amazing there's no other words to describe it, life has been crazy busy but completely fun and amazing," said Rodriguez.

The family has a van and large strollers to help transport them when they need to go somewhere, and they go through a lot of diapers and formula.

"We'll go through about a case and a half of diapers a week depending on how we're going, they are going through about 40-50 cans of formula a month," said Rodriguez.

When it comes to advice on parenting, Heather has some for all parents, "The best advice for any parent no matter how many is just enjoy the time you have with them, they change so much even day to day, just soak up whatever you can with them."