A look at Alexis Sharkey's life in Odessa

A friend says the West Texas town is where the social media influencer met her husband. 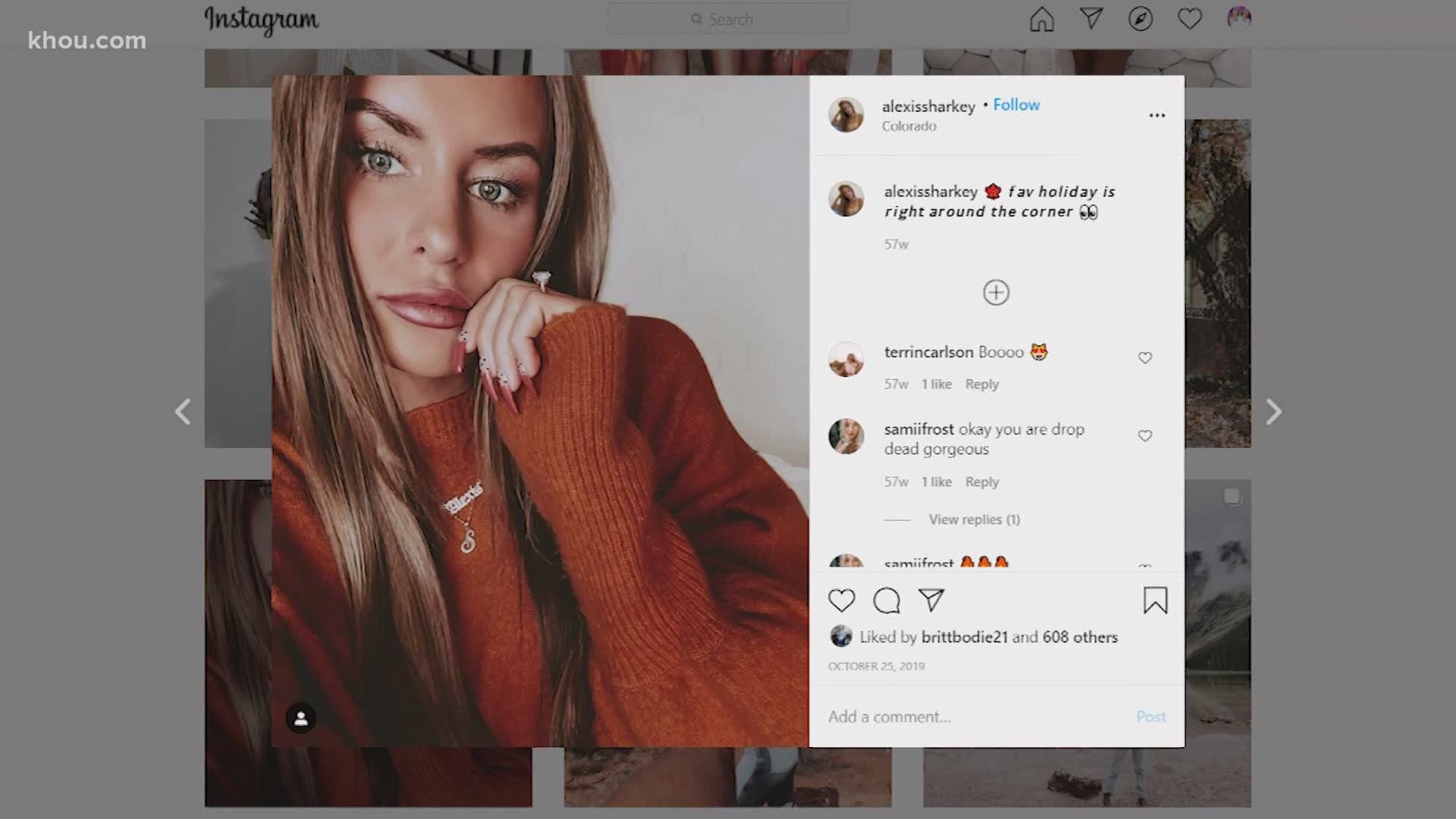 HOUSTON — We’re learning more about Alexis Sharkey’s life before she moved to Houston. She lived in Odessa for several years and friends say that’s where she met her husband, Tom.

“I ended up being her trainer at Twins," a former coworker, who asked us not to identify her, said. “We kind of clicked, and it turned into us hanging out all the time.”

They started as co-workers but soon became much more.

“She was very open, very sweet and caring, and it just grew from there," she said.

Before Sharkey moved to Houston, she lived in Odessa, where she worked at Twin Peaks.

“Days off, we were laying out tanning, then we’d get ready, go out, have some fun, and it just grew," Sharkey's friend said.

"At the time, her and her ex-fiancé were not doing so good, so I kind of stepped in, helped her get out of that," Sharkey's friend said.

She says it was her who helped introduce Sharkey to her husband, Tom.

"He was one of our regulars, he’d come in ... talk to us, make us laugh, you know? They clicked. Watching them click, they’re laughing, they’re smiling and I was like, 'alright,'" Sharkey's friend said.

Sharkey eventually moved, but the two kept in touch, and she followed Sharkey's journey and success on social media.

"I was proud of her," the friend said.

When she heard the news of Sharkey's tragic death, her heart stopped.

"It's not OK what happened to her. It’s not," the friend said.

“She's infectious. Her smile is infectious, her laughter. I never met anyone with the purest soul, until I met her," the friend said.

And now, she, like so many others, just wants to know what happened.

“I hope her family gets what they need," she said.