Jessica Arellano said she too was shot by Austin police during a road rage incident in January. 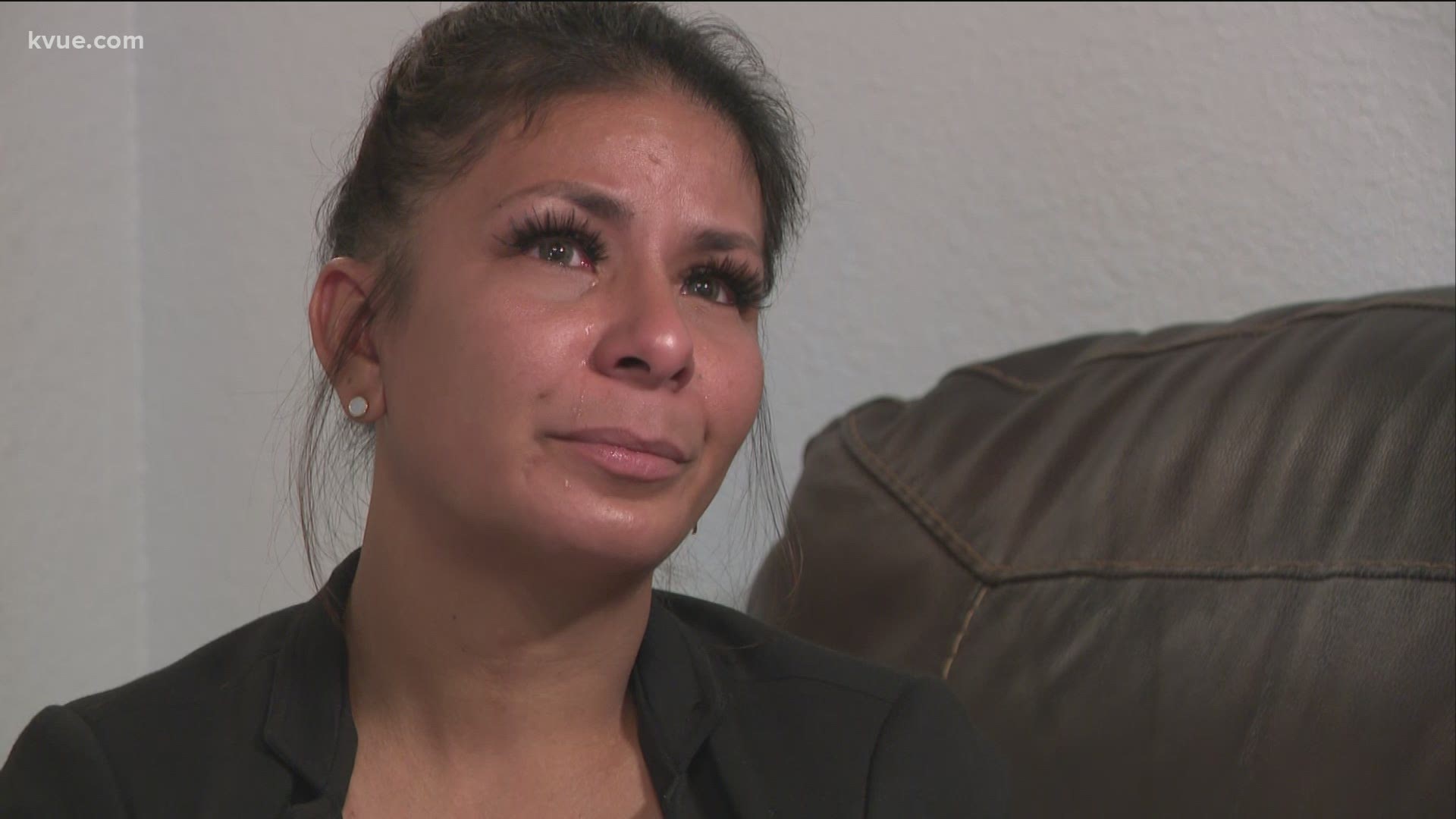 AUSTIN, Texas — For the first time, Jessica Arellano, the wife of the man shot and killed by Austin police, described her recovery.

"I was shot in my lung, upper back, they removed my spleen, they drilled a hole here, two holes here to drain out my blood," Arellano said.

Arellano's physical recovery has been a slow process. Pain is a constant companion.

Even while she's resting.

"In my sleep, I get sharp pains physically," Arellano added.

But more painful than the physical wounds are Arellano's emotional scars.

The 33-year-old mother said losing her husband and raising their nearly seven-month-old son, Zane, by herself, is the hardest thing she has ever had to do.

Arellano said she continues to have nightmares about what happened.

Austin police have said a road rage incident between an off-duty officer and Alex Gonzales on Wickersham Lane in southeast Austin on Jan. 5 eventually led to Gonzales' death and Arellano's injuries.

Austin police also said Gonzales pointed a gun at the off-duty officer, who then fired his weapon, hitting Gonzales.

She remembers some of those moments inside the car.

"And I had to put my foot on his foot to stop the car, and I think I kind of put it to the side and I don't think I even put it all the way in park. And I mean, he was out, you can see the wound, he was out. And I got up to try to open the back door for the baby and I just collapsed," Arellano said through tears.

But Arellano disputes APD's version of events on two fronts. One of those being that she said her husband did not instigate the road rage incident.

And, Arellano said, even though police have said they found a gun on the driver's side of the car, she said otherwise.

Suspect in custody after fatal stabbing in Pflugerville