Two speech language pathologists told KVUE they were tired of being underpaid and overworked. 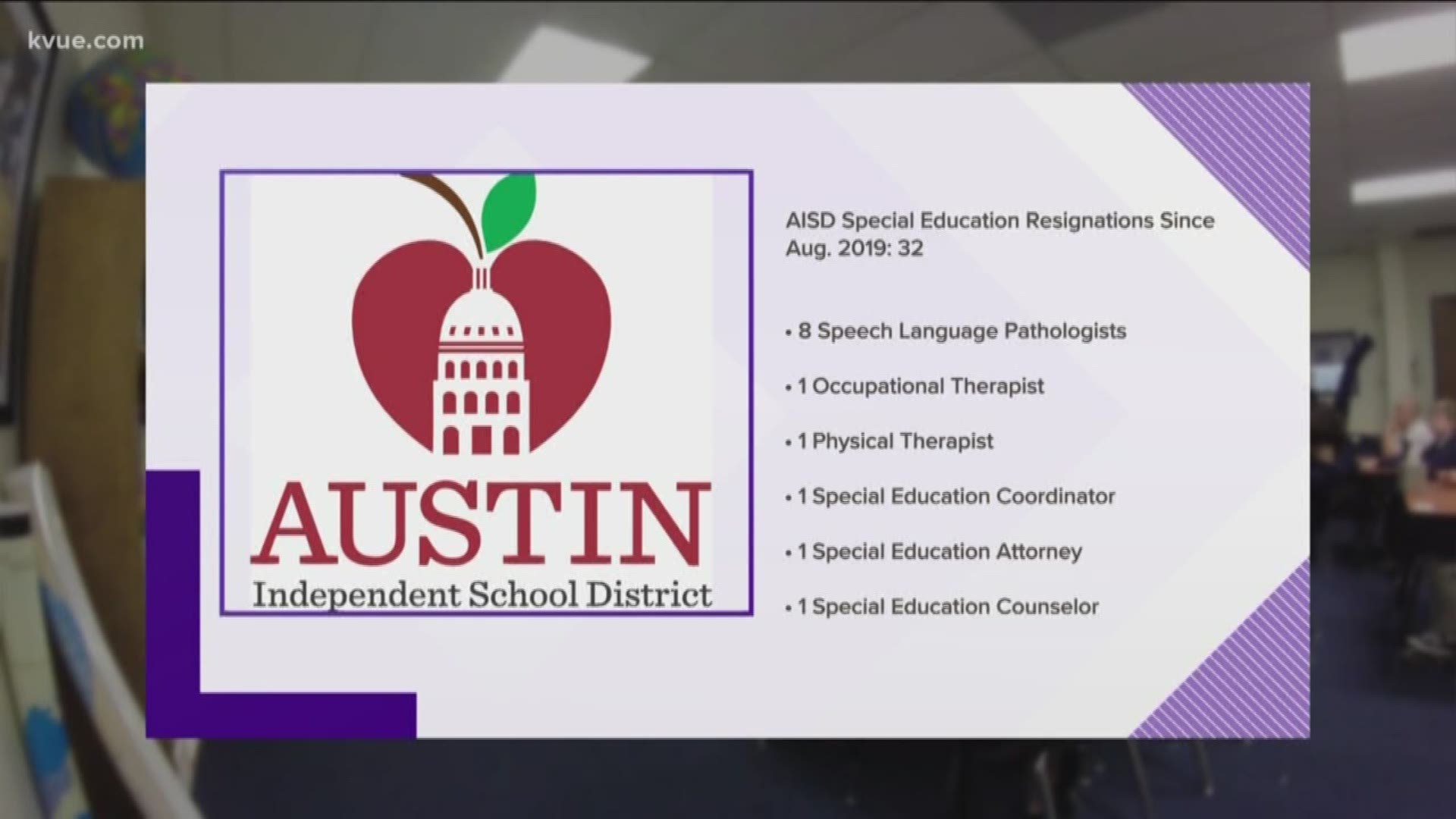 AUSTIN, Texas — More than 30 resignations have occurred within the Austin Independent School District since the start of the school year.

Some of the employees said they were tired of being overworked and underpaid. The departures have all happened since August and they have all come from the Special Education department.

Melissa Mathews was one of those employees. She went before the AISD Board of Trustees in October and called it quits.

"It is with sadness that I resign," she said. "I can no longer financially afford to stay and the climate in SPED [Special Education] was untenable."

"Part of the reason I was unable to return was the workload which a single AISD SLP [speech language pathologist] must endure is at least that of two employees. I was actually unable to do the work," Ciccocioppo said.

Both Mathews and Ciccocioppo are SLPs who are frustrated with low pay. They've compared their salaries with others in surrounding school districts and say AISD pays the lowest, even though AISD just gave all SLPs 6% raises last year.

Mathews said she made $13,000 more when she worked as an SLP for the Lake Travis ISD.

As for the workload, it was unbearable.

"The American Speech and Hearing Association did some research and they found that 60% of school-based language pathologists feel overwhelmed when caseloads are at 49," she said.

They said in the district, each speech pathologist can carry up to 70 cases. As a result, students aren't progressing as quickly as they would otherwise, they said.

Mathews and Ciccocioppo are just two out of 32 employees who have resigned from AISD's Special Education department this school year alone. If changes aren't made soon, they say more are on the way.

Ken Zarifis, president of Education Austin, the union that represents AISD employees, said the district's lack of action is not only detrimental to staff, it's taking away from students.

"It's about kids who need support, that this district has institutionally ignored those needs by not putting investment into the special ed department," he said.

Austin ISD responded to KVUE's request for a statement on Jan. 30:

"AISD values its employees and routinely conducts a market analysis to make salary adjustments to positions including those in special education. Our commitment to valuing our employee’s compensation is reflected in recent market adjustments within the police department, substitutes manual trades, and our historic 6% pay increase for all employees and a 7% increase for teachers, librarians, and counselors with more than five years of experience this year. We also set the standard in Texas with our comprehensive benefits package. This year we anticipate focusing on market adjustment to positions such as those special education."

On Ellen show, Alicia Keys delivers $20K to Texas teen who refuses to cut his dreadlocks

Coronavirus isn't linked to Corona beer, but some people seem to think it is