After mass shootings, blood banks in need of more donations

“The importance of donating blood is not just when there’s a tragedy, it's everyday." 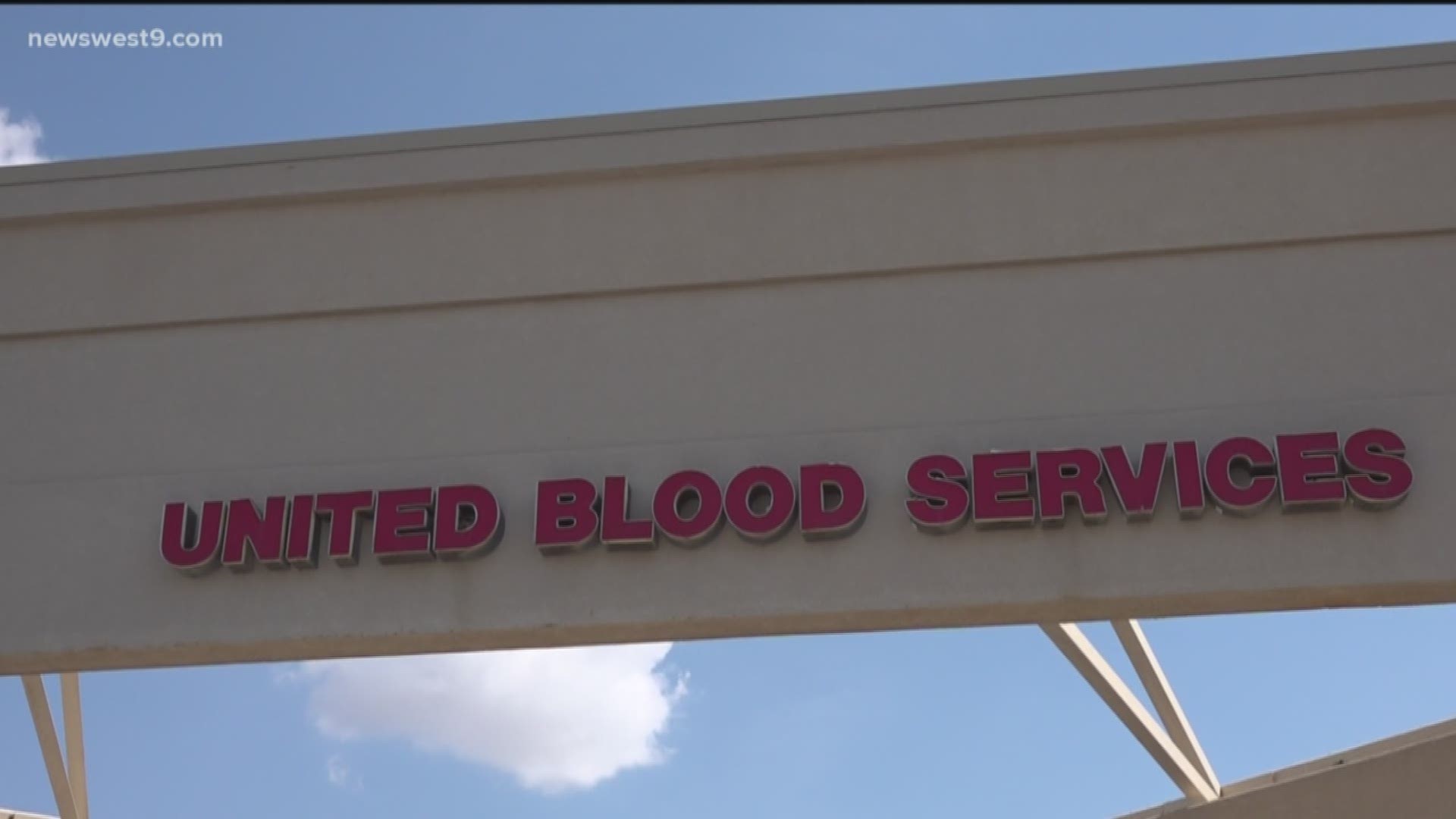 MIDLAND, Texas — Around 367 units of blood were shipped from West Texas to El Paso hospital the weekend of August 2.

West Texans showed up in droves to blood donating centers to do what they can to help the victims in El Paso and Dayton.

But blood donation centers, like Vitalant, say they are constantly in need of blood donors.

"The importance of donating blood is not just when there’s a tragedy, it's everyday," Pricilla Mann, Vitalant assistant donor care supervisor, said. "We have people that are always in the hospital, there’s cancer centers, there’s burn victims, there are people with auto immune disorders. People everyday that need blood.”

According to Mann one unit of blood can save three lives, two units of red cells can save six lives and a unit of platelets can save 12 lives or more. Saving these lives can take donors less than an hour.

“It takes as little as 30 minutes to an hour of your day, up to three hours of your day just to give someone another birthday...that’s priceless," Mann said.

Mann says if you donated blood three, four or five days ago from August 5, your blood was sent to El Paso hospitals to help the shooting victims.

"What's being collected now is just replenishing what was already sent," Mann said.

Mann says while it is great that more people are coming out to donate because of this weekend’s shootings, she encourages everyone to regularly make time to donate their blood.

“I challenge West Texas, all my friends to get out and donate.”