Abbott said he was informed by Border Patrol that this year alone, around 108,000 apprehensions of undocumented immigrants occurred. 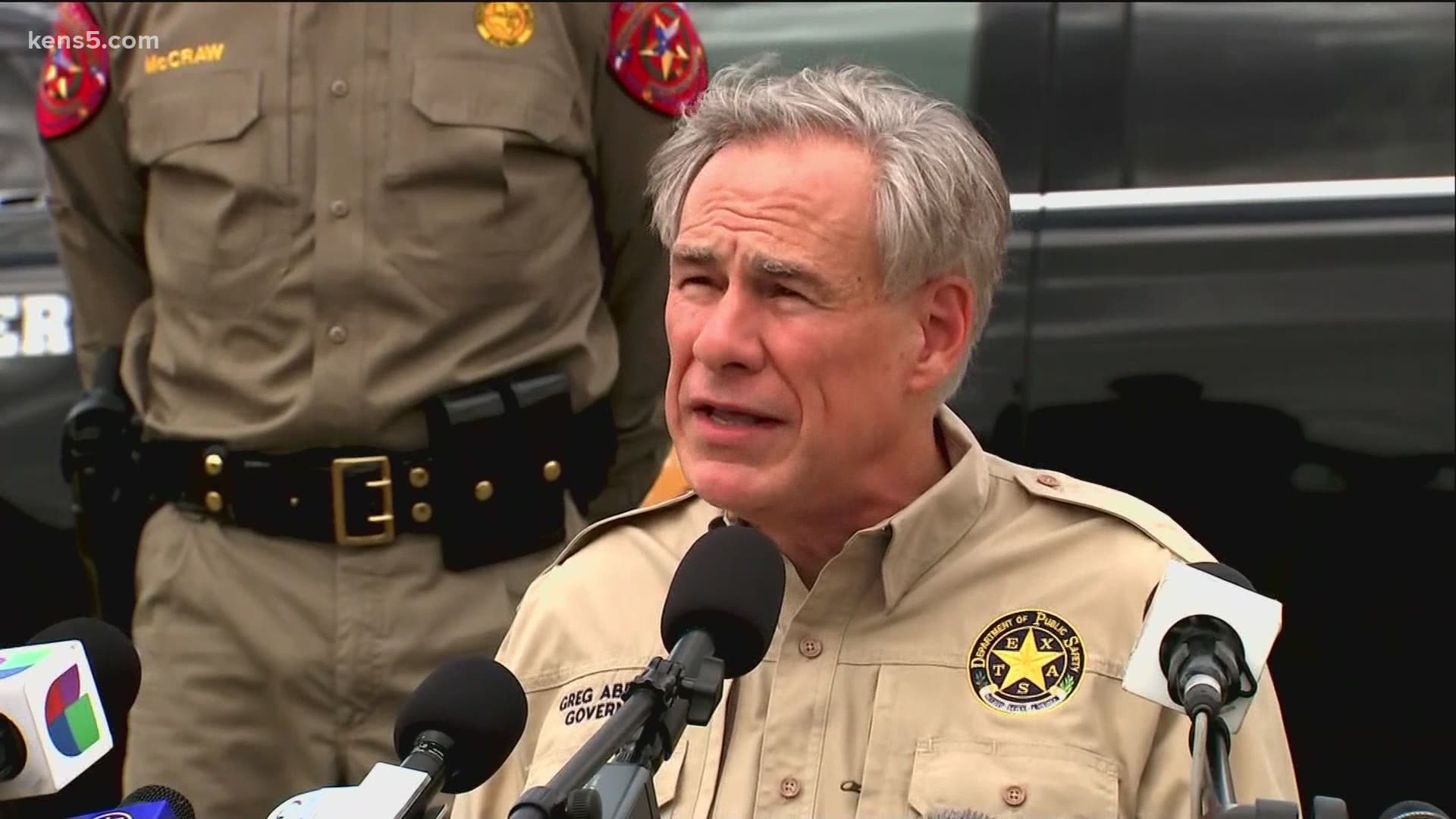 MISSION, Texas — Texas Gov. Greg Abbott is blaming the Biden administration for the "surge" of migrants at the Texas-Mexico border.

He stopped at Mission after meeting with representatives with the U.S. Customs and Border Patrol, Texas Department of Public Safety and the Texas National Guard where they spoke about border security, according to the governor's office.

During his visit, Abbott was given an aerial tour of the border, which he claimed he witnessed migrants crossing "illegally" at the border crossing into the United States and called it a "crisis."

"This crisis is a result of President Biden's open border policies," he said. "It invites illegal immigration and is creating a humanitarian crisis in Texas right now that will grow increasingly worse by the day."

Biden has been reversing his predecessor's strict policies on immigration since taking office nearly two months ago, but has kept former President Donald Trump's controversial pandemic health order, which allows agents to rapidly expel migrants back to Mexico without due process, according to the Los Angeles Times.

He has, however, loosened restrictions on children and isn't expelling those who arrived alone at the border, the Times continued. Instead, they are either being released to relatives, sponsors or placed inside a facility in Carrizo Springs, Texas, Bloomberg noted.

Additionally, the White House has repeatedly told migrants that now is not the time to go to the border and that the reason why they are coming are due to conditions in Central America.

"There is this belief that if you try to cross with minor children it's going to be easier. The traffickers tell them that," Alberto Cabezas, the spokesman in Mexico for the International Office for Migration, told the Times.

Abbott said the Border Patrol told him that this year alone, around 108,000 apprehensions of undocumented immigrants occurred. Out of that number, more than 800 violent criminals, including 78 sex offenders and many gang members including those part of MS-13.

The New York Times reported that U.S. authorities are expected to announce nearly 100,000 migrants were apprehended at the border in February, which is up more than 36,000 compared to the same time last year.

Abbott added that eliminating some of Trump's stricter policies has led this increase, which he claims is creating "opportunities" for cartels, which are "ramping up trafficking" across the border, including "exploiting women and children."

"While [Border Patrol agents] do babysitting, that provides opportunity for cartels," Abbott added. "... Cartels are being enriched because of these policies."

In addition to violent criminals, Abbott said this includes drug smugglers who have access to drugs like fentanyl, cocaine and opioids.

During his news conference, Abbott said he was asking the federal government to provide resources, such as more ICE detention facilities along the border "immediately," as well as COVID-19 shots for Border Patrol agents.

"This is not a Republican vs. Democrat issue," said Brandon Judd, president of the National Border Patrol Council. "This is an issue that affects American citizens."

In the meantime, the Texas National Guard plans to employ 500 soldiers to help Border Patrol agents at the border.

Abbott added that Operation Lone Star will be put into effect, which "integrates DPS with the Texas National Guard and deploys air, ground, marine, and tactical border security assets to high threat areas to deny Mexican cartels and other smugglers the ability to move drugs and people into Texas," a news release said.

Stay with 6 News as this story develops.

The Biden Admin. has created a disaster on the border.

Record 3,200 migrant children stuck in Border Patrol custody + many who are not children.

The federal government must fix this immediately.

I’ll be there with Texas solutions today. https://t.co/fNjK3KwGJj