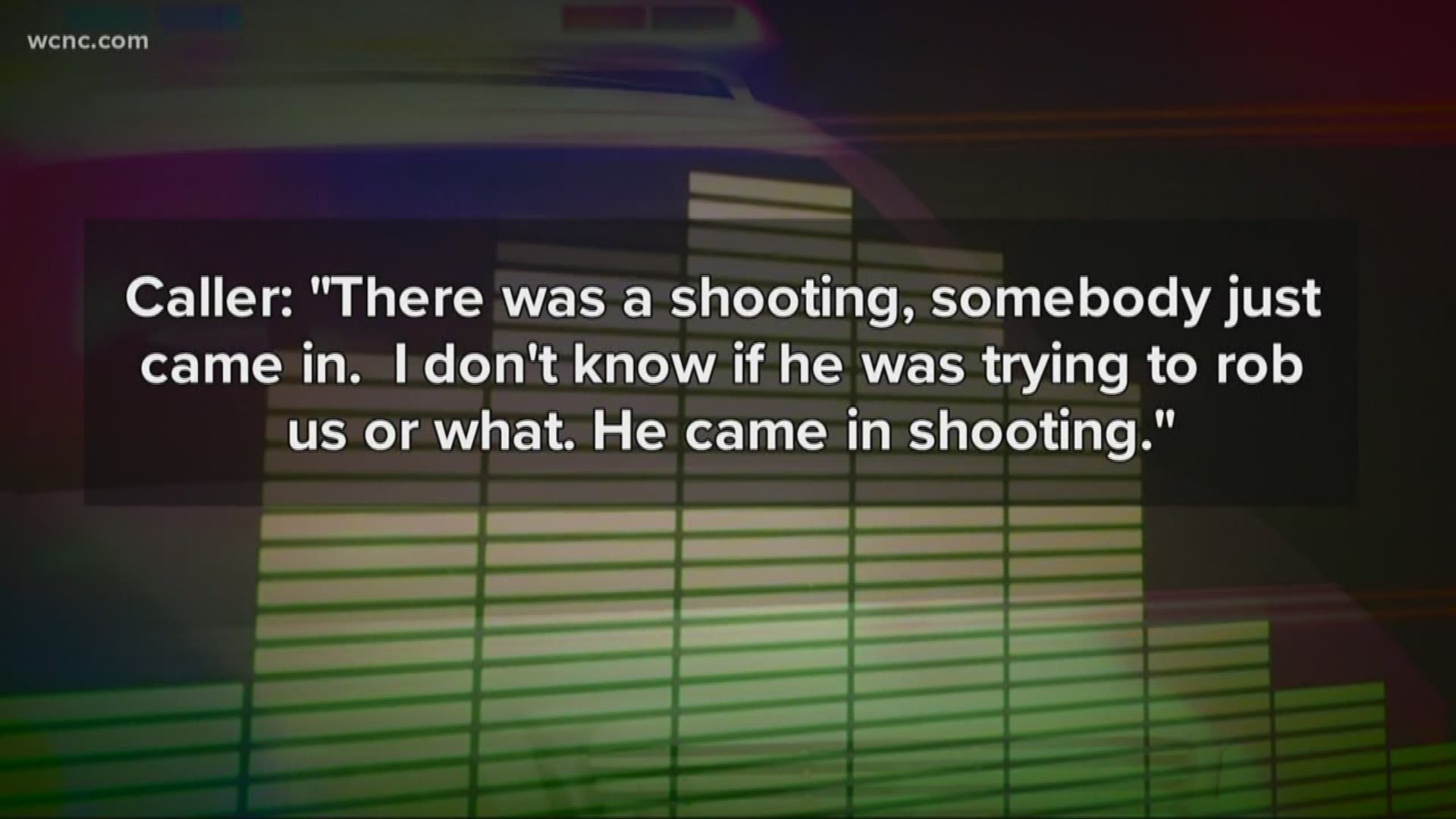 "He came in shooting," another man told a 911 operator after running to the nearby gas station.

"All of a sudden five or six shots," a woman told 911 operators from the shopping center across the street.

Another caller told 911 operators the suspect tried to rob them in the parking lot.

The 911 recordings were edited to alter each caller's voice as well as to remove personal information, as required by state statute.

According to the Charlotte-Mecklenburg Police Department, the first call was answered at 11:32:15 a.m.

Within 37 seconds, the first CMPD officer was en route to the restaurant.

The accused gunman, Eddie Doh, 30, made his first court appearance Friday afternoon. He is facing a charges, including first-degree murder.  He is accused of shooting and killing 48-year-old Darnell Harris, an employee of the Steak 'n and Shake.

A customer was also shot and seriously injured.

The shooting happened during lunchtime with multiple customers inside the restaurant.

In one of the calls released Tuesday, 911 operators connect the caller who a translator, who assisted in speaking with the Spanish speaking caller.