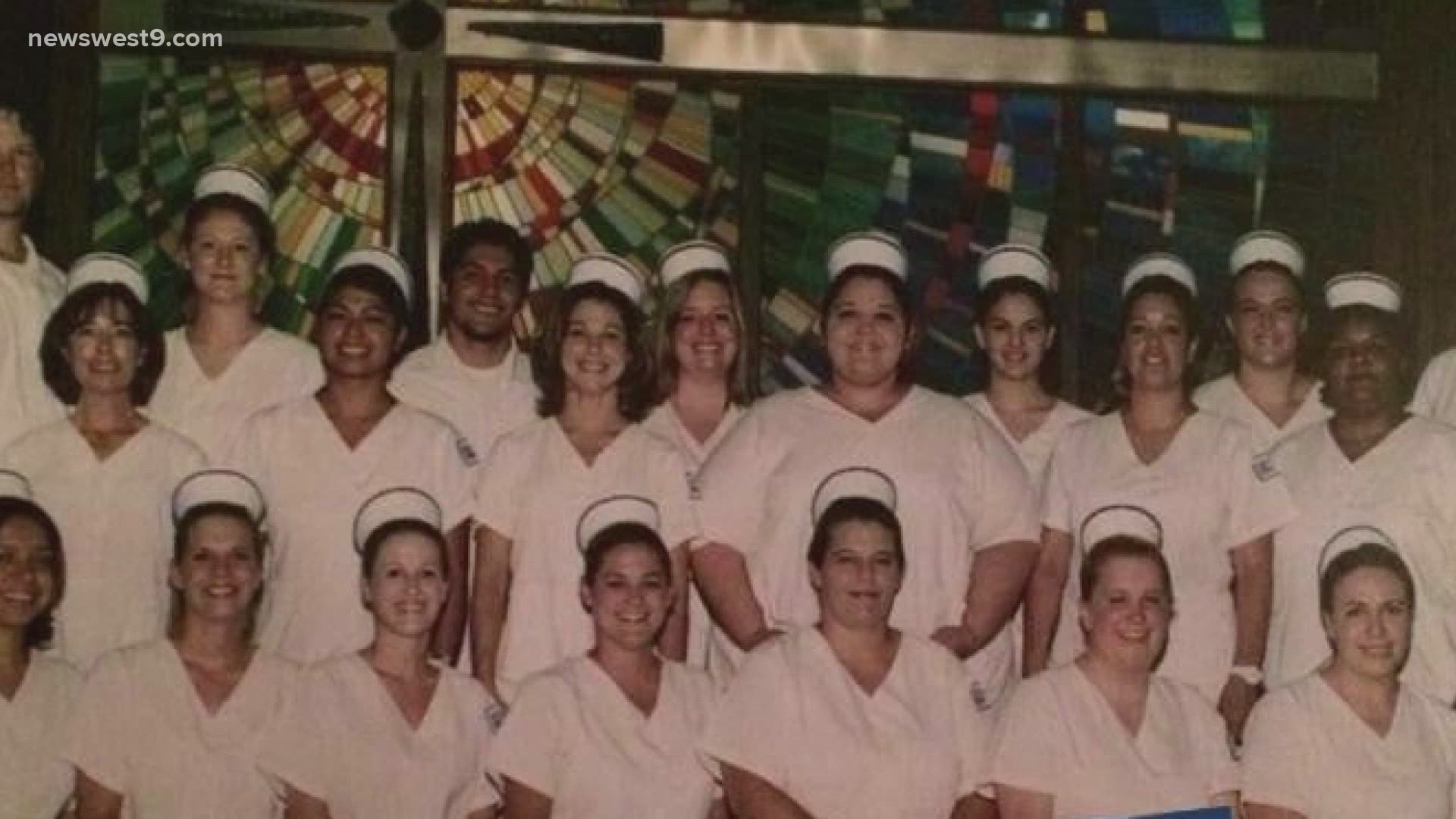 Now 15 years later, she graduated from Odessa College again but with her degree to become a registered nurse after she passes the NCLEX.

While working as a Licensed Vocational Nurse (LVN) for years, she worked in nursing homes. However, after having a serious surgery, doctors advised her to not continue working there for health concerns.

"Whenever my surgeon told me he wouldn't allow me to go back to working in a nursing home, I was like what am I supposed to do so I was like, I guess I'll go back to school and that's how that came about," says Loya.

She says a lot has changed since she was last in school.

"Whenever I was here 15 years ago, we didn't have this. If I did an IV, I did it on my partner over here and now we have this guy over here who isn't going to scream at me. I was shocked the first time I walked in here, I was like oh my god this is cool," she says.

Loya lives in Denver City, meaning she had to commute every day back and forth from home to school. However, she did manage to incorporate her studying into all the travel she was doing.

"I would have my paper that I wrote everything down on, I had flashcards and then I had audio recording, so while I'm driving I'm listening to the audio so then when I would get here to the class most times I'm here earlier than everybody else so, I would sit here and listen to it while I read my papers," said Loya.

Since graduating from the nursing program, she has a piece of advice for anyone thinking about going back to school.

"Don't wait for one thing, I waited 15 years. The longer you wait the faster time goes and you're gonna be like I thought I just graduated a few years ago and it's been a long time. Don't wait, go back."

Linda Loya received the Nightingale Award which is given to the student who is an embodiment of Florence Nightingale, the founder of modern nursing. She was unanimously chosen by her classmates and instructors.