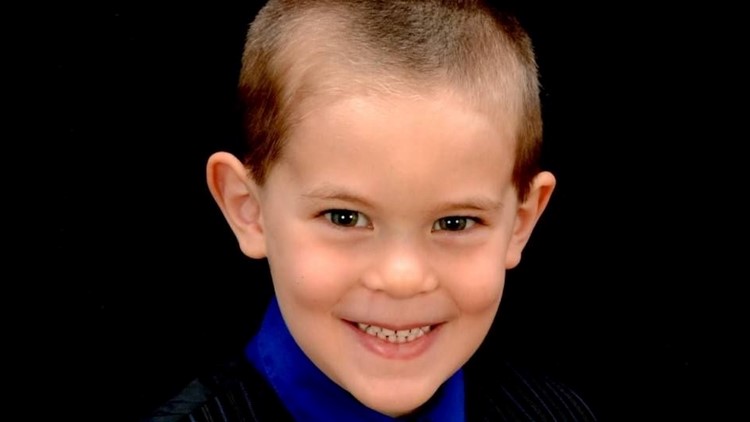 Tragedy struck in Sheffield over the weekend. A drunk driver crashed into a home killing a 4-year-old boy. Authorities say Aaron Hinman, 24, was driving drunk down Main Street when he crashed into the side of a home.
Author:
Published: 11:00 PM CDT August 17, 2015
Updated: 1:45 AM CDT July 2, 2018

Tragedy struck in Sheffield over the weekend. A drunk driver crashed into a home killing a 4-year-old boy.

Authorities say Aaron Hinman, 24, was driving drunk down Main Street when he crashed into the side of a home. Just on the other side of the wall, 4-year-old Jonah "Cookie" Stille was asleep. Officials say Jonah died immediately as a result of the impact.

A resident of Sheffield, who wanted to remain anonymous, said, "It's unbelievable that something like this could happen. This is a good community and there's not a lot that goes on here. Every once in a while someone might get a little rowdy, but not a lot, not like this."

Authorities say Hinman was traveling at a high rate of speed around a curve and flew across a traffic island and crashed into the home. Witnesses say they had heard the truck fly by multiple times before the crash.

Andy Vanderwier, the Stille family pastor and volunteer EMT for Sheffield, said, "Mark Stille, Jonah's dad, heard this man driving and thought there was a police chase underway, so he had stepped out his front door to see what was going on and he could see that he wasn't going to make the corner. Mark stepped off of the porch and got just far enough off of the porch that he saw that F-150 plow into the end of his home."

Inside of the room that was hit was Jonah and three of his six brothers, one of which was his twin. The father came into the room where the boys were to find that Jonah had died in the accident.

"Jonah went from sleeping to being in the arms of Jesus and it was pretty traumatic. Mark entered the room, he saw that those two boys were okay and he knew that Jonah was sleeping on the floor and so he went looking for Jonah, felt his foot and just knew at that point (that he passed away). Mark grabbed his boy and he was just holding his boy and crying for help," said Vanderwier.

A death caused by drunk driving that could have been prevented.

"I have never ever seen anything positive come from drunk driving and the reality is it will claim your life and the lives of others now this young man that wrecked into the house, I don't think he set out to do it, I don't know but his life is forever changed," said Vanderwier.