MMH is trying to keep up with the high demand. The hospital has enough tests, but needs more staff to do the testing. 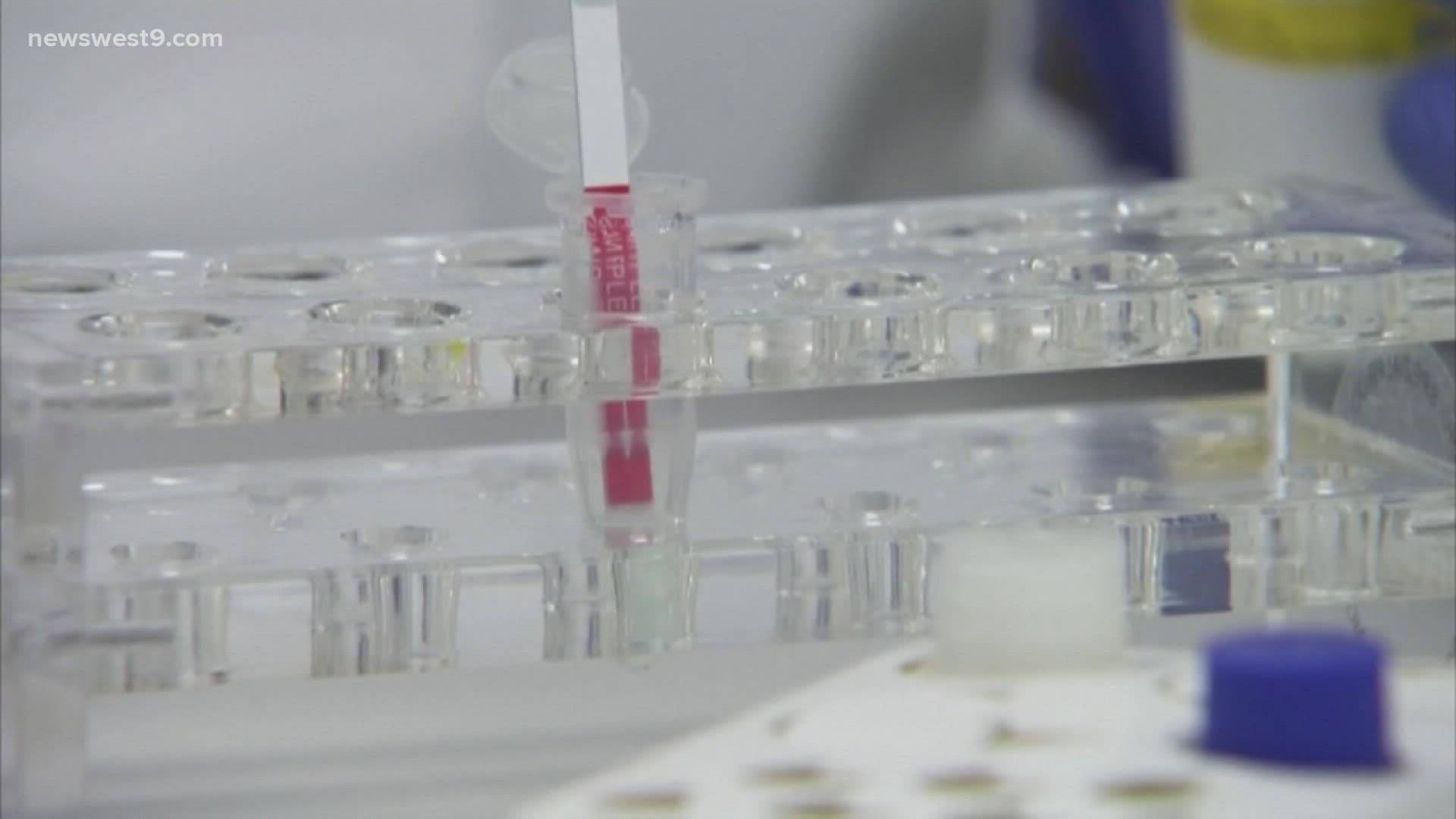 MIDLAND, Texas — Midland Memorial Hospital is trying to keep up with taking care of patients and testing those who might have COVID-19.

"Here we are again back in a surge condition, which is in fact worse than what we thought was worse than we would ever see," said Russell Meyers, President of Midland Memorial Hospital.

With 30% of MMH hospital tests coming back positive, things could continue on this path for a while.

"At that rate, we know we still have another two or three weeks worth of very high hospital census ahead of us, as some of those people get sicker and require hospitalization," said Meyers.

If you only want to get tested, the hospital stresses, do not just show up at the ER. Call 68-NURSE (432-686-8773) to make an appointment or to find out more information on what you should do next.

Currently, the hospital has enough tests, but they are working to hire more staff to keep up with the demand.

"We're continuing to try and staff up our testing center, but yes demand is very high and we are not meeting all of it," said Meyers.

"It's more expensive, it takes longer to run, its more valuable in the inpatient setting for diagnostic use," said Meyers.

Although the rapid test can sometimes be wrong, local officials say you should still take the result at face value.

"Take that test result and assume it's right," said Meyers.

At-home tests are also available but likely not as accurate as the rapid antigen test or PCR test because it's more difficult to administer on yourself.

"We know it's not going to be perfect, but it's pretty good from what we've understood, not quite as accurate as what we would do but still good enough," said Meyers.

Midland Memorial Hospital tests are free, but if you want to get tested somewhere else, you could look at spending some money to get a test, check with your insurance provider to see where you can get tested. To find more testing sites in the area, click here.