With best bud Carter Pysher by his side, 24-year-old Isaiah Shackleton is proving the sky isn't really the limit. 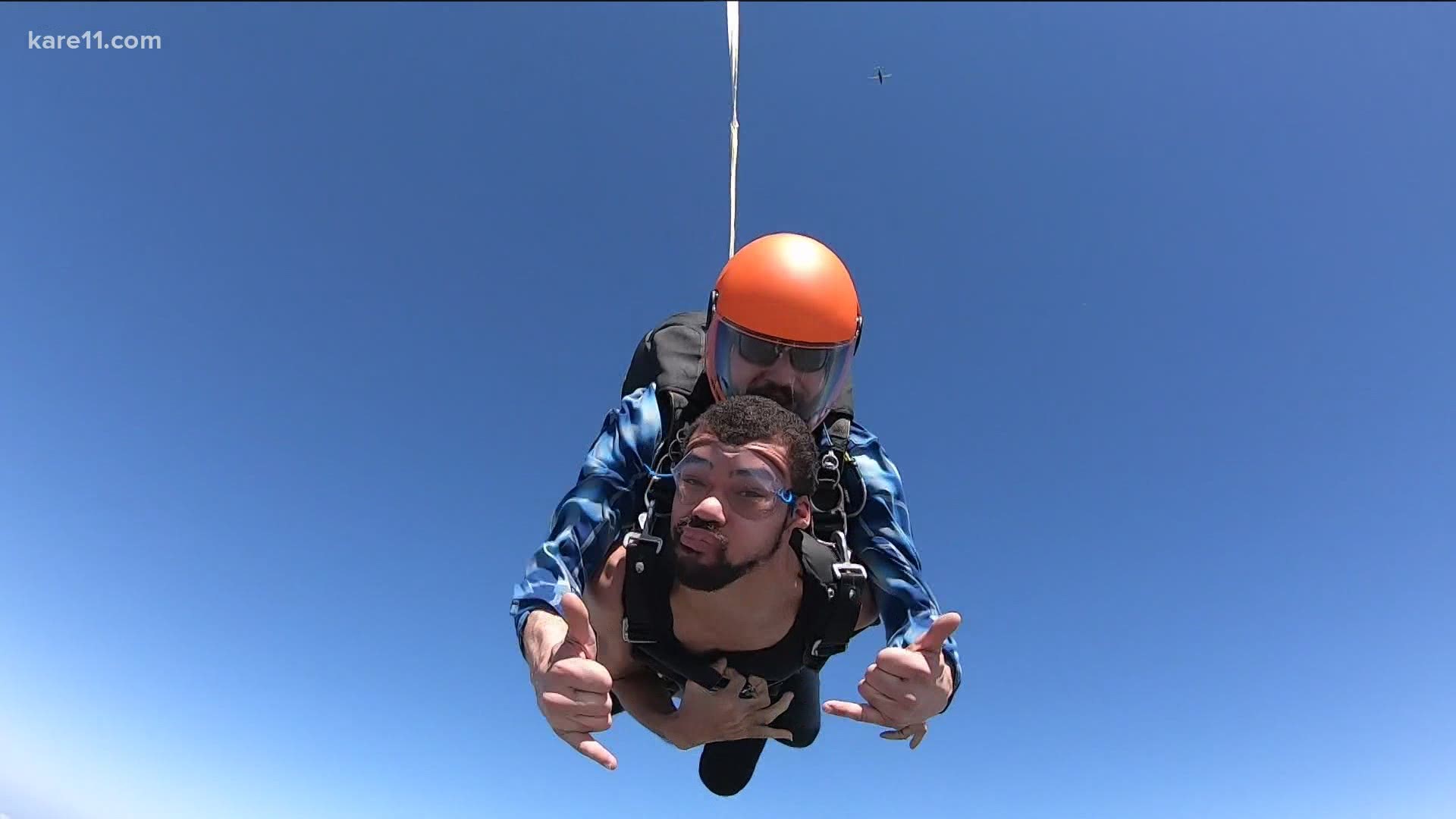 "Most definitely," said Isaiah Shackleton, as he spoke through his iPad voice assistant.

The two things our stories have in common are a beginning and an end. But it’s the experiences that set our stories apart.

"He has cerebral palsy, he can’t walk, he can’t talk," explained his grandmother, Tina Nichols.

But that part of his story isn’t keeping him from living life to the fullest, especially with his best buddy, Carter Pysher, by his side. They’ve been friends since high school.

Pysher and Isaiah reconnected last summer after Pysher lost his job due to the pandemic.

"One day he just messaged me and he’s like, 'Hey, do you want to come help take care of me and you know you’ll get paid to hangout with me,'" said Pysher. He went on to say, "I tried to plan exciting things for us to do instead of just sitting around inside or whatever.”

With Pysher being an avid skydiver, it was only fitting those plans would somehow lead to a leap of faith.

TONIGHT AT 10: Been sharing and processing a lot of traumatic hard news stories the last few weeks, but not tonight. So many inspiring life lessons taught in this one from 24-year-old Isaiah Shackleton. Be blessed. Be inspired. Tonight on @kare11 News at 10! @JohnCena pic.twitter.com/2d9Rd61l8a

"I wanted to show him it, and as soon as he was out there and saw the parachutes landing, he's like, 'When do I get to do it?' He’s like, 'I'm going to do this,'" said Pysher.

And a year later…

"I promised him I would," said Pysher.

It was a promised fulfilled.

"I almost cried when he got on that airplane. I was just like, 'Oh my gosh, he’s really going to do this,'" said Nichols.

"The smile, one of the most greatest things I’ve ever seen, like it was infectious," said Pysher.

Proving in this case that the sky really isn’t the limit.

"Excellent, I will be doing it again," said Isaiah.

Regardless of how limitless your story may make you believe.

"Just do it and never give up," said Isaiah.

"Yes, the more he can experience in his life the better I think his life is going to be," said Nichols.

Isaiah says his next goal is to swim at the beach this summer. He's also a huge wrestling fan and wants to start a paraplegic wrestling league, as well as meet his idol WWE star John Cena, who inspires him everyday to never give up.

Isaiah is currently raising money to build a wrestling ring through an organization he started called Wheels of the Ring.

MORE NEWS: Did you pick up a pandemic pet? Let's talk facts

MORE NEWS: Boy loses $100 bill in Target, but gets an unexpected surprise from strangers