'It's an economic virus': NC Treasurer warns of cities and counties dipping into money reserves

All kinds of tax revenues are down which means less money for roads, schools and police. 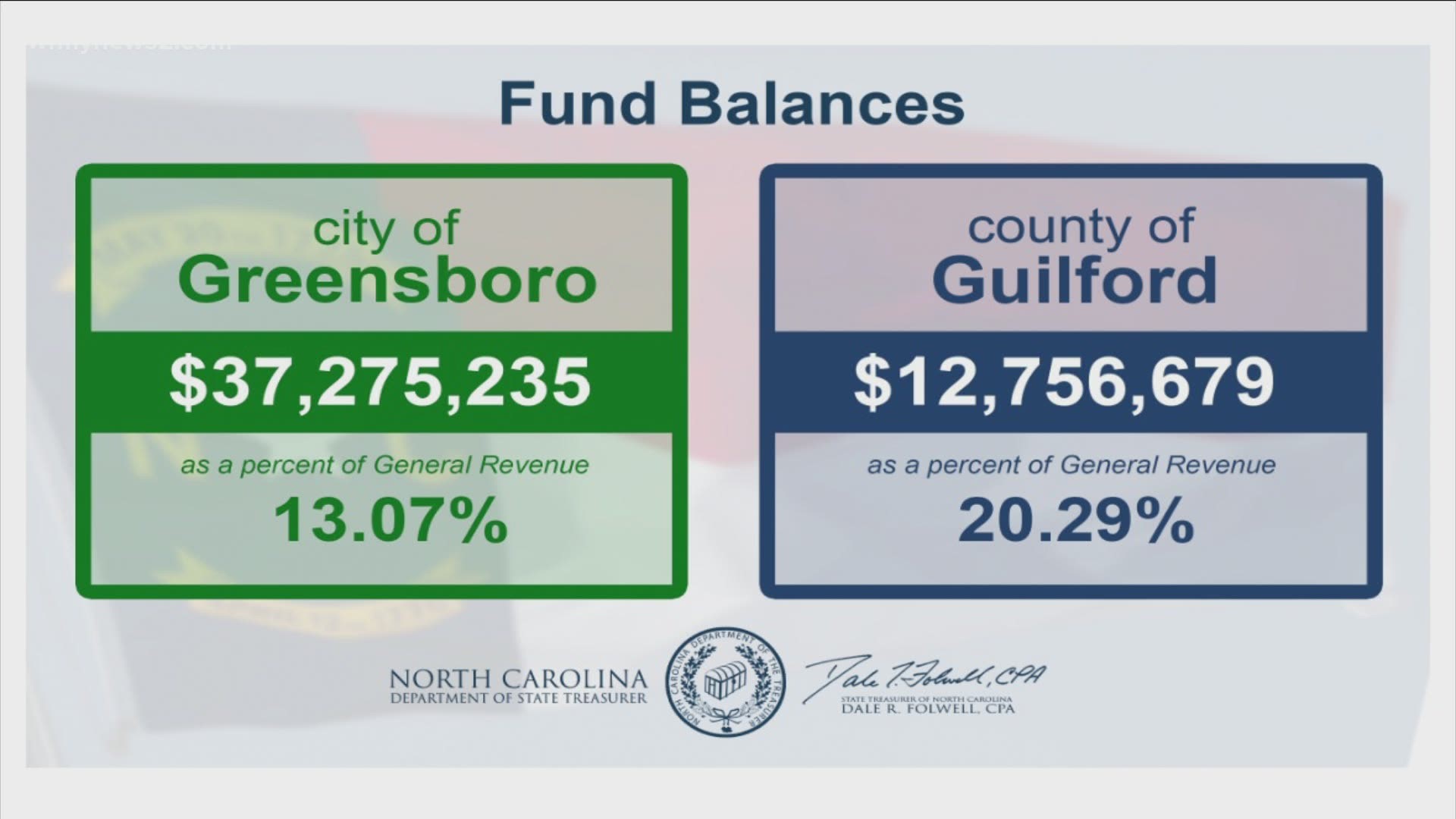 GREENSBORO, N.C. — The house needs a new roof.
The car needs repairs.
You got laid off due to COVID-19.
When those things happen, there’s a chance you dip into your savings.

Cities and counties are just the same. And their savings are being depleted.

“Even though we’ve seen hard times, we’ve never seen anything like this which has everyone locked down and not moving around and not generating taxes like fuel tax, occupancy tax. And the reason it matters is it funds public safety, schools and public roads,” says NC State Treasurer Dale Folwell.

The Treasurer along with the State and Local Government Commission keeps an eye on city and county reserves.

The state sets a threshold of anything above 8% is acceptable. Our area looks decent --but this isn't the story around the state. The Treasurer has a  watch list. On it are some 200 cities and counties that could be in trouble.

RELATED: Where is your stimulus payment?

RELATED: 96% drop in US airline travel recorded in April

RELATED: The IRS is warning you about losing your stimulus payment

“The rating agencies, which gives municipalities and states their credit scores, much like a sanitation score, they want to make sure the cities and counties and the state are watching the money so if they have to dip into the reserves they have a way of paying it back because once you dip into reserves, it’s spent and needs to be replenished.”

So why is Greensboro and Guilford County doing so well?  One reason, they have a good cushion of property taxes. The other, they were one of the few who got money from the CARES ACT, about $93 million

“We have 100 counties in NC but only 3 received COVID money because when Congress wrote the law, they did so for populations above 500,000. So only 3 counties and one city out of 540 cities, and that was Charlotte.”

Why not Raleigh?!?!?  Because Raleigh doesn't have 500,000 people in the city limits because of so many outlying cities like Cary, Apex, Garner, and Wake Forest.