15 protesters arrested for blocking I-35 in Downtown Austin, police say

The individuals from the group Rent Strike ATX were part of a caravan slowing traffic to a standstill as part of a protest to demand rent relief for tenants. 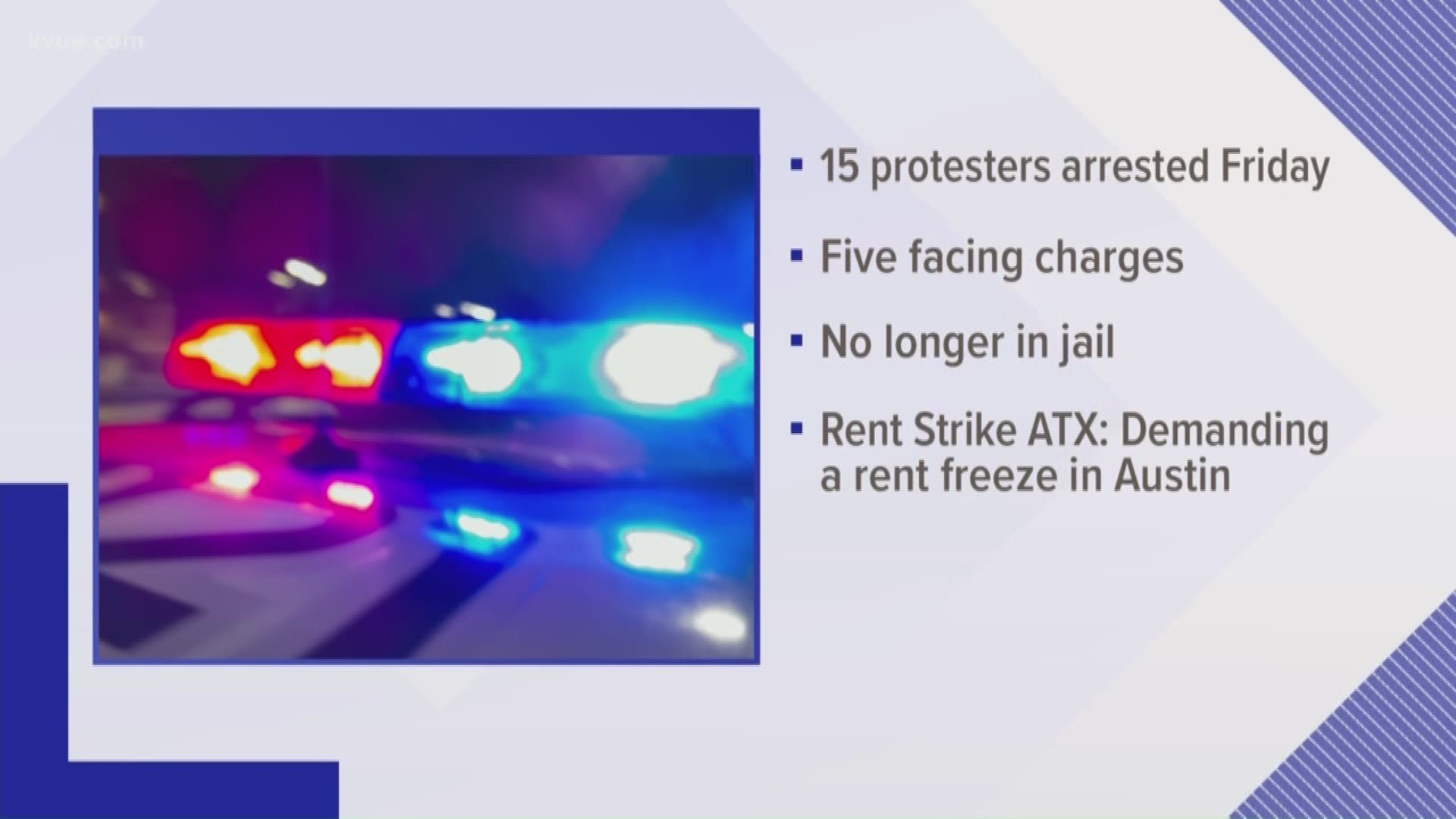 Around 1:45 p.m., the Austin Police Department advised the public that officers were working a “traffic hazard” incident near the 800 block of N. I-35 southbound. They said the incident then moved to the I-35 frontage road and Cesar Chavez Street.

Around 3:20 p.m. police confirmed the road was open again after 15 people were arrested for obstructing a highway, a class B misdemeanor. Several cars were also towed from the area, APD told KVUE.

According to a release from Rent Strike ATX, the individuals were part of a caravan traveling down the highway toward Downtown Austin, "slowing traffic to a near standstill."

The group said the action was part of a national protest on behalf of tenants demanding rent relief amid the COVID-19 pandemic. It said the caravan was planned to coincide with International Workers Day and the day the Texas economy reopened.

After the incident, the group held a protest outside the Travis County Jail at 6:30 p.m., claiming APD officers did not wear masks and accusing the state of putting business interests ahead of health and safety.

On Friday, the City of Austin Neighborhood Housing and Community Development Department (NHCD) announced it is providing $1.2 million in emergency rental assistance to Austinites affected by the COVID-19 outbreak to be administered through a contract with the Housing Authority of the City of Austin (HACA).

This program, aptly named the Relief of Emergency Needs for Tenants (RENT), will distribute one-time rental subsidies in the form of a lottery system. This will be similar to HACA's Housing Choice Voucher program.

Residents can apply for the lottery through HACA's RENT website starting May 4 at 9 a.m. and ending May 6 at 11:59 p.m. For more information, click here.