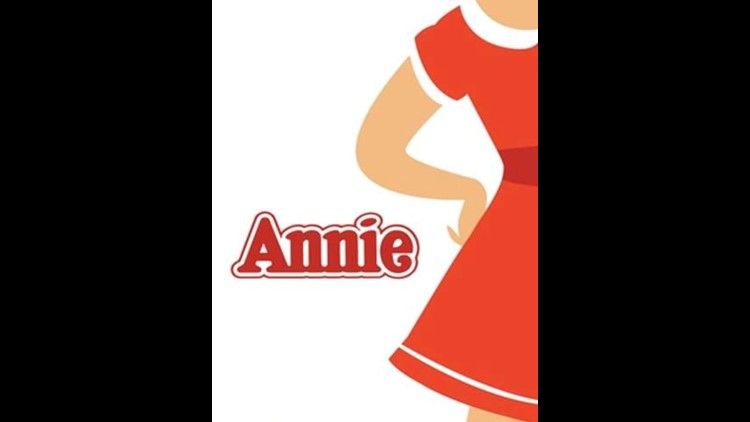 Kirsten’s Korner: Our review of ‘Annie’ at the Permian Playhouse

ODESSA, TX (KWES) - The Permian Playhouse has chosen "Annie" as its summer 2018 show.

The character of Annie has a long history, starting out as a poem, then becoming a comic strip and a radio play. Annie eventually found her way to Broadway in 1977, winning the Tony Award for Best Musical that same year.

Several movie productions have also been made, often garnering notable actors such as Carol Burnett, Kathy Bates and Cameron Diaz in the roles of Miss Hannigan.

Audiences return time and time again to this story, and the Permian Playhouse manages to take what works best about the story-hope and determination-and really emphasize that for the stage.

Lily Windham in the title role of Annie does an excellent job capturing the young orphan's scrappy spirit and childhood innocence. Her interaction with the adults in the show really puts Annie's optimism at the forefront of the performance. Additionally, despite her age, Windham manages to hold her own on the stage despite nearly always being surrounded by people twice her height.

Eric Baker puts his excellent voice to work as Oliver Warbucks. He also does a good job balancing the "richer than Midas" billionaire persona with the stressed-out businessman side of the character. Although it seems like it takes Warbucks a little longer than it should to warm up to Annie, by the end of the show their relationship feels authentic and loving.

As secretary Grace Farrell, Sara Lillestol shines. Everything Grace does is done with a sincere determination and a smile in her heart, something that I think both Annie and Warbucks need. Lillestol really delivers on her performance and I never doubted Grace's love for her job, Warbucks or Annie. Her enthusiasm was honestly infectious and might be one of my favorite parts of the show.

Nikki Windham's portrayal of Miss Hannigan was something unique and fun. Windham seemed to play her character as a little unhinged and comical. It called to mind Carol Burnett's portrayal from the 1982 film, but if Windham took inspiration from the actress it was only inspiration. She still manages to make the role her own, her powerful voice helping give her a strong presence on stage.

Other notable performers include Joseph Ward as Rooster, Blake Rogers as Lily St. Regis, and Brendel Bell as Drake. Ward, Rogers and Windham make a fun trio during "Easy Street" as well. Each of these performers injected a fun enthusiasm into their role and truly made their characters feel like living, breathing people.

All of the musical numbers are wonderful and the ensemble is what truly makes the show shine. You can tell in "Annie" when the cast is having fun with their performances. "It's the Hard Knock Life" and "I Think I'm Gonna Like it Here" are musical numbers where the enthusiasm of the ensemble, combined with excellent choreography by Tammie Locklar-Talbott and wonderful voice direction courtesy of Ken Sieloff, make the musical truly come to life.

It would be amiss to not mention the technical aspects of "Annie". The sets are quite beautiful, particularly in the case of the Warbucks' mansion. The scene changes felt organic, as the ensemble in their costumes worked the transitions and even stayed in character through them.

The costumes were also wonderful, simple yet evocative of the 1930s. Some particular standouts are Miss Hannigan's dress and Annie's signature red dress towards the finale.

Altogether, the talented performers, the beautiful sets and costumes, and the wonderful music combine to make "Annie" a show worth seeing. If you need something fun, energetic and optimistic in your life, Annie is the show for you.