The search warrant was issued a month before the Texas Rangers opened its investigation into the Midland County Sheriff's Office. 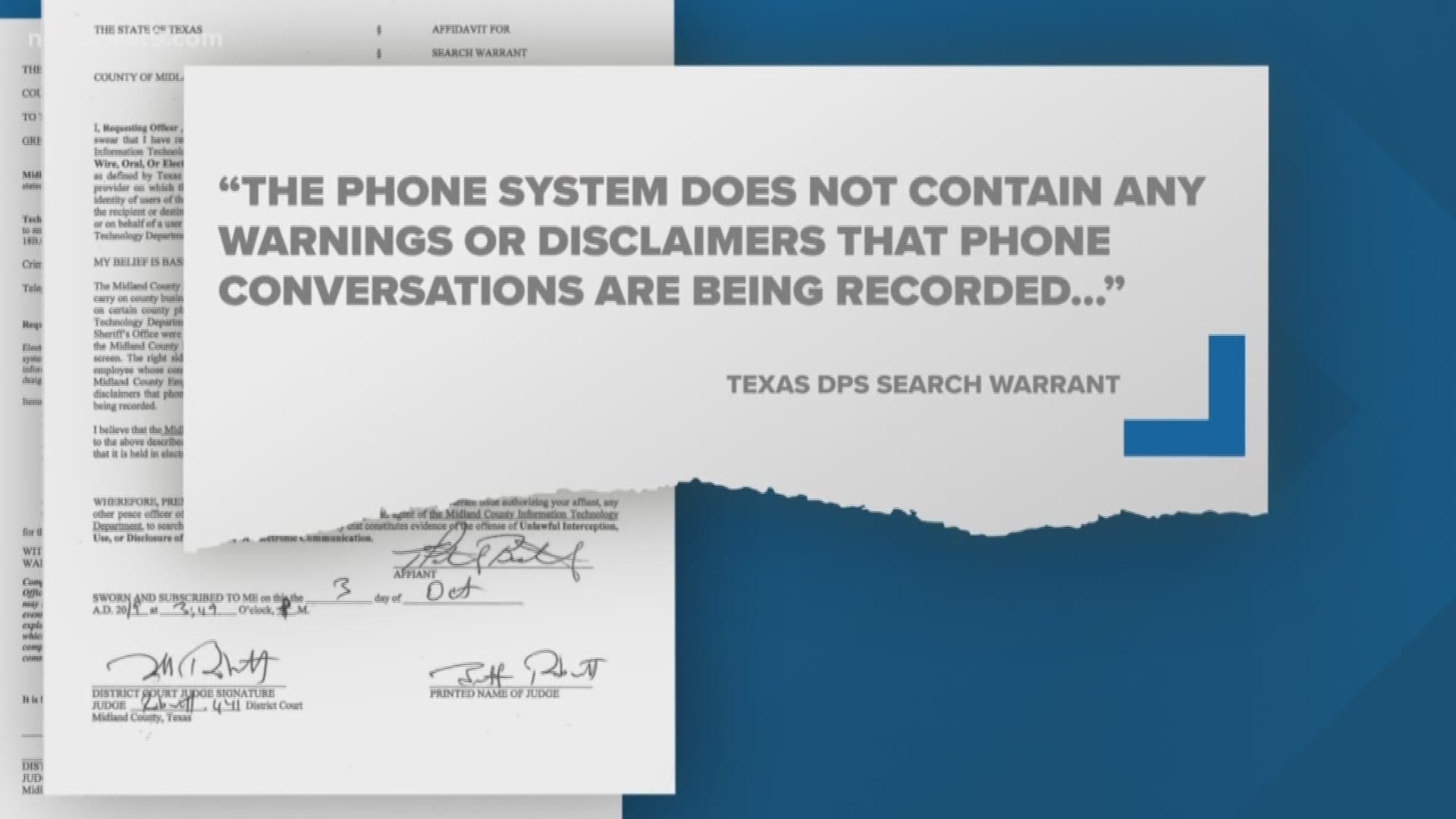 This search warrant, released by DPS following an open records request, was issued at the beginning of October after a peace officer employed by the Midland County District Attorney’s office requested it.

The warrant gave permission to search the Midland County Information Technology Department. The reason was probable cause based on what the officer believes was unlawful interception of oral or electronic communications at that location.

The county IT department maintains the telephone system for Midland County employees, including the Sheriff’s Office. The document states there was a screen that showed sheriff’s office employees were listening to phone conversations.

Based on that knowledge, the Midland County District Attorney’s Office issued the warrant to search the specific electronic phone records of employee Deborah Nichols between April 2018 and October 2019.

Nichol’s phone line is the one the D.A.’s office believed shows evidence of illegal wiretapping.

The employee named in this search warrant is the same employee who filed a civil lawsuit against Midland County.

Deborah Nichols filed that suit on February 18 in Midland District Court, claiming her phone line was illegally tapped and that hundreds of her calls were listened to.

Texas Rangers did not open their investigation until November 2019, but this warrant happened in October.