Texans get millions of robocalls every day, per national data

As part of a national investigation, the KVUE Defenders put together a list of things you can do to stop getting so many robocalls. 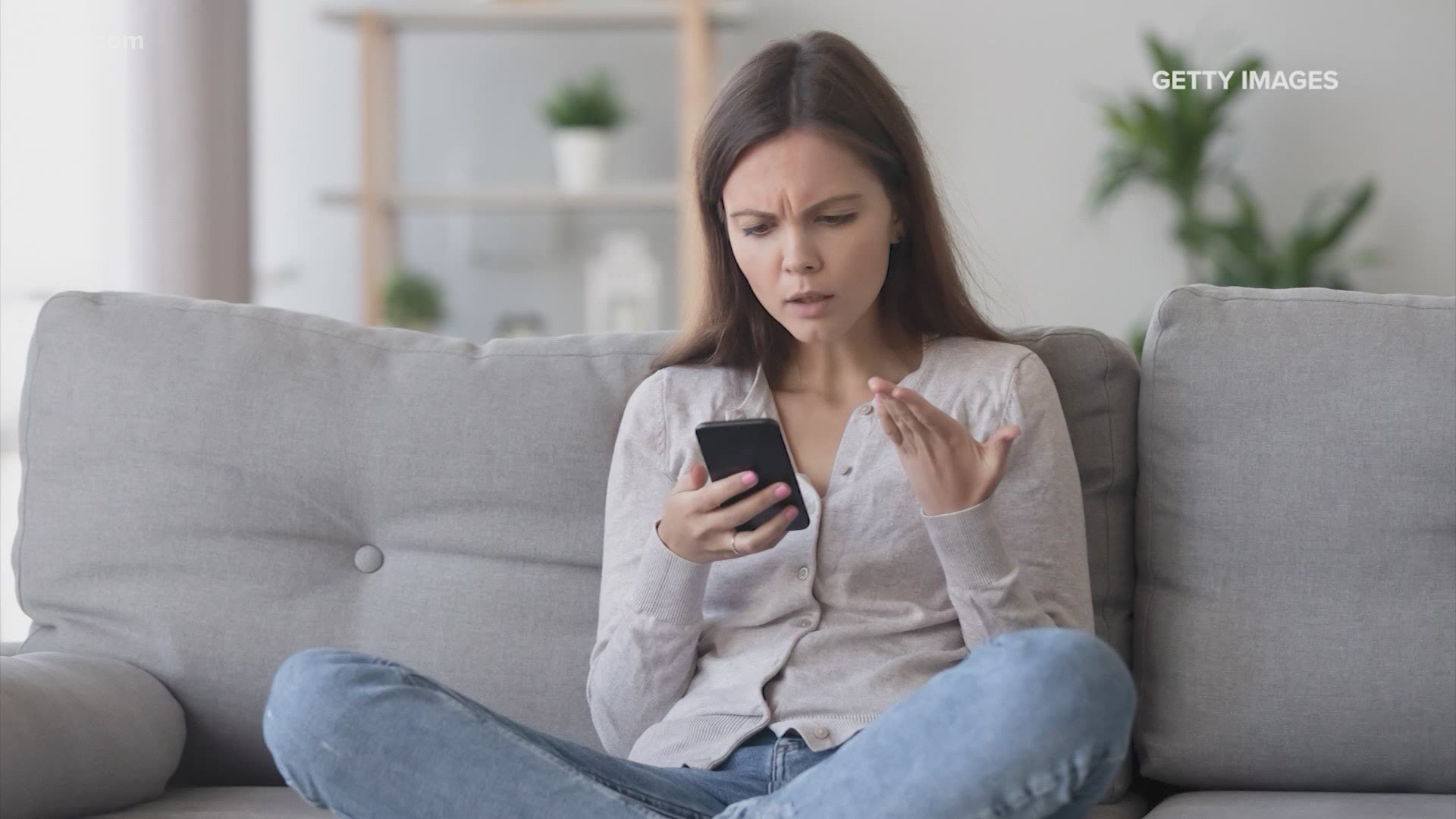 AUSTIN, Texas — Whether it’s about that outstanding student loan you don’t have, the extended car warranty you don’t need, better health insurance or solar panels – if you don’t get the calls all the time, chances are someone you know does.

People in Texas get millions of robocalls every single day, according to the Robocall Index. They’re not only annoying, they can also be victimizing.

“I just find it disgusting,” Eddie Gerinski said. “I mean, they're taking advantage of people.”

Like most of us, Gerinski gets robocalls almost every day.

“I'm one of many victims, I can tell you for sure,” Gerinski said.

But last year, he found himself in a more unique situation.

“I was getting all of these telephone calls from individuals that I did not know, telling me that I had called and left a message for them,” Gerinski said. “I mean, we're talking hundreds of phone calls that were made out there.”

Gerinski became the victim of robocall spoofing, which is where someone uses robo-dialing technology, usually over the internet, to make it look like the call is coming from someone’s real phone number.

Robocallers used Gerinski’s name and number, which showed up on other people’s phones. He had to get a brand new phone and change his contact information at all kinds of different companies and other entities.

Gerinski said it was a burden on his life.

Gerinski found himself the victim of a problem sweeping the country. Nationwide in April, people got 4.4 billion robocalls, according to the national Robocall Index. That’s almost 148 million calls per day, about 6 million calls per hour and an average of 13.5 calls per person.

Across Texas, people received 509 million robocalls, which is 17 million calls per day, 707,000 per hour and on average 16 calls per person.

Hernan Hernandez, who lives in Caldwell, is one of those people.

“I’d be getting a lot of robocalls stating that, 'This is your final notice to renew your car's extended warranty,'” Hernandez said.

To test how quickly a new phone subscriber is subject to robocalls, we purchased a Tracfone. After just two days, we started getting calls.

What is being done?

With so many people tired of recurring robocalls for years, many people are wondering what the federal government doing to stop the problem.

We brought that question to the Federal Trade Commission, which sues businesses and people who violate laws against robocalling.

“So at the FTC, we have a long record of enforcing do-not-call in robocall laws as well as all kinds of fraud,” Federal Trade Commission Attorney Ian Barlow said. “Department of Justice also enforces in this area both criminally and civilly. And then the Federal Communications Commission also does some enforcement as well as a lot of regulation.”

But for calls coming from outside the U.S., there’s little the feds can do, especially without cooperation from authorities abroad.

“A big part of the problem is that a lot of the fraudsters are located overseas in countries where we can't easily access them for criminal prosecution through our Department of Justice or through FTC cases to enforce our civil judgments,” Barlow said.

Each state’s Attorney General can also crack down on robocalls, depending on the laws in each state.

Here in Texas, telemarketers who call phone numbers on the Texas No-Call List could face a civil penalty.

KVUE asked the Texas Attorney General’s Office for a comment on what they’ve done to stop robocallers, but never heard back.

“If anyone can do something about it, whether it's legislators or public policymakers or whatever, it would be wonderful,” Gerinski said.

What you can do

While some victims like Gerinski wait for more action from lawmakers, here are some things you can do to stop getting so many robocalls.

First, you can put your number on the Federal Trade Commission’s “Do Not Call List,” and you can add your number to the Texas “No Call Lists.”

If you do get a robocall, hang up and block that number.

You can also download a robocall blocking app, or ask your phone carrier what spam filters they have that can identify calls from telemarketers or potential scammers.

Doing any or all of those could help lower the number of robocalls you get on a weekly basis.

“I’m sure I'm one of many victims,” Gerinski said. “And so it's costing the public a lot of time and money for nothing.”

You can also report any robocalls you get, especially if you think they’re scams, to the Federal Trade Commission. You can also send them to the Public Utility Commission of Texas.

In case you’re curious which robocallers are making the most calls across the country, in Texas and here in Austin, we have included that information below.

Employee shortage hitting businesses of all sizes and sectors