One of the teens charged in Duncan's murder has been sentenced to 99 years in prison, with a chance for parole in 30 years. 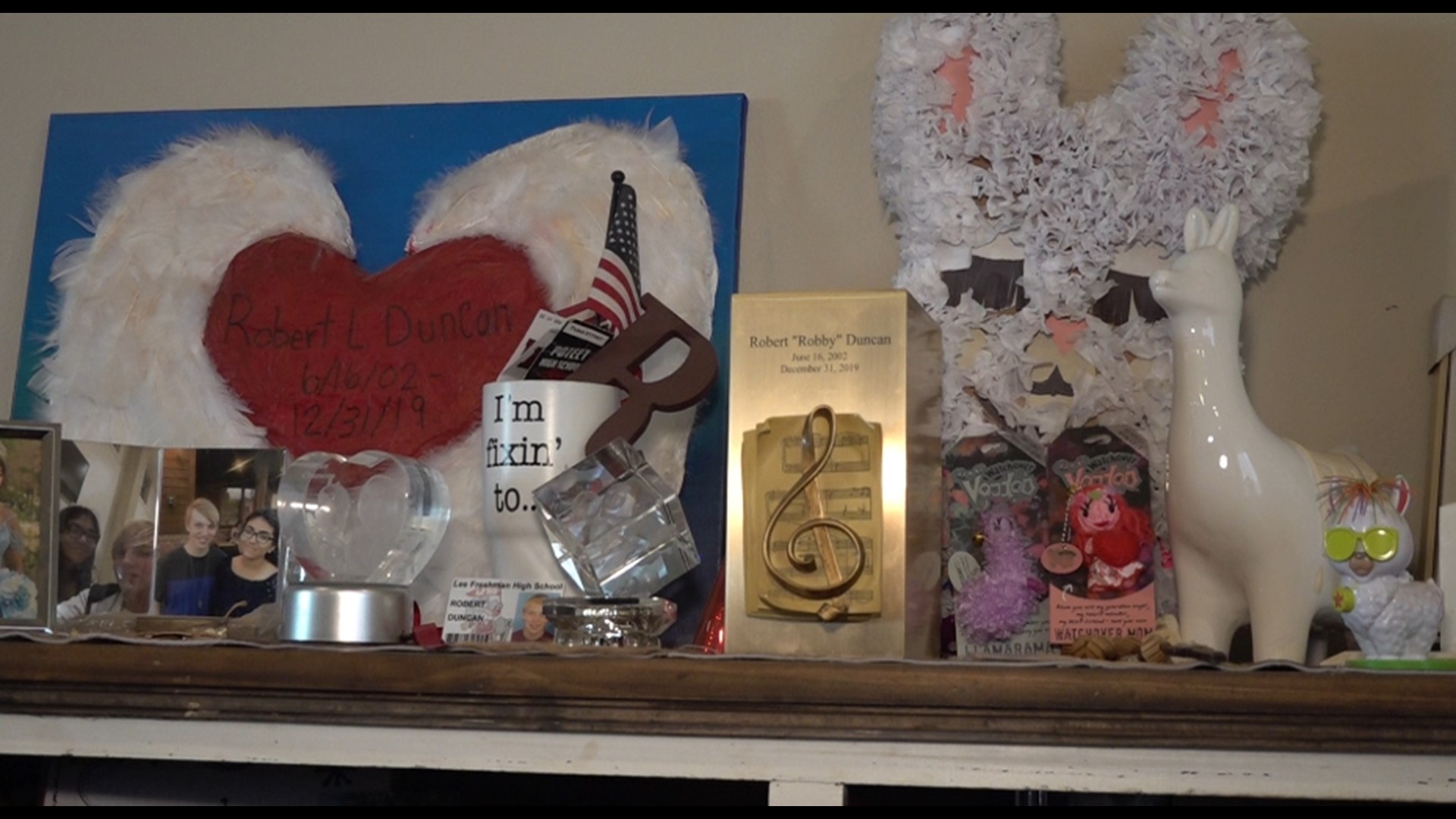 MIDLAND COUNTY, Texas — Closure — that is what Robert Duncan's family is getting more of this week.

The 17-year-old Legacy High School student was shot in the head and chest during an attempted drug deal and left for dead just before the new year in 2019.

On Wednesday, Zaydan Logan Hayes, one of the young men present that night, and who was accused of pulling the trigger, was sentenced to 99 years in prison, with a chance for parole in 30 years.

He had been charged with capital murder and faced a maximum sentence of 99 years or life in prison.

Hayes is one of five teens charged in the murder.

Robert’s mom, Silver Nichols, spoke to NewsWest 9 about the sentencing, saying she was relieved.

Nichols said because of this sentence she is able to begin moving forward and healing.

For Nichols, life has been about holding on to Duncan and what could have been.

“It's felt like every bit of two years, and it’s felt like yesterday this whole entire time,” Nichols said.

Robert had been missing for five days before his body was found.

“It’s hard… I don’t wish it on any mother or sister or brother to lose," Nichols said. "It’s indescribable. I can’t describe the pain it is. It is nowhere near the pain of giving birth. It’s nowhere near getting into a car wreck and being in a full-body cast. I feel like I have just completely lost my existence."

Nichols was in the courtroom when Hayes' verdict was read, announcing the end of one chapter and the beginning of another for the family.

“Each one of us let out a very soft quiet 'whew,' but all of us at the same time did that so it was actually loud and in sync," Nichols said. "And I was just amazed because I felt nervous that the jurors would look at him as child, but he is not a child."

Hayes was the first of the five teens to be sentenced.

“He was actually on felony probation for unlawful possession of a gun, and for possession of marijuana with intent when he took my son’s life," Nichols said. "He already knew the consequences of his actions and it didn’t stop him."

The next person on the docket charged in this case is Larry West, Jr. He is also charged with capital murder. NewsWest 9 has learned he fired his attorney last week.

By law, his attorney is allowed a certain amount of time to get familiar with the case. His trial is expected to begin in the spring.