The CEO of Goodwill says they are working on revamping their system to ensure local non-profits get any donations Goodwill does not accept. 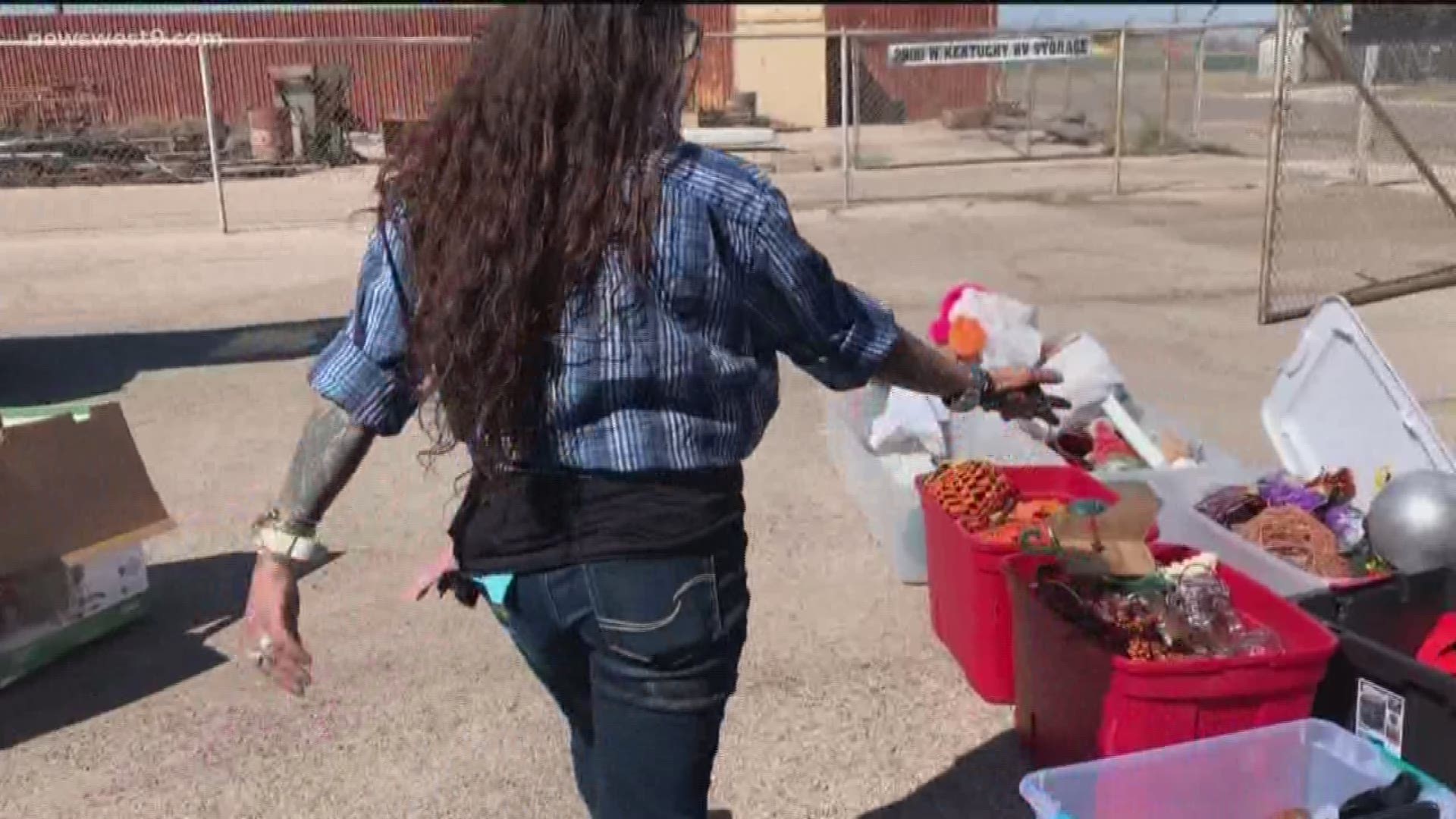 MIDLAND, Texas — When you make a donation to Goodwill, you're trusting that your items are going to a good cause.

You trust that the employees are going to sort through the items after they are put in bins and make a good decision whether the items go on sale or to a non-profit.

One Midland woman said that when she was at Goodwill making a donation, she saw employees taking donations and throwing them straight in the trash.

"Another person in front of me was giving some clothing bags and stuffed animals and I'd seen the lady open the bag, glance at it, wrap it back up, grab a couple things out of it-she wrapped it up tied it up and walked from there to the dumpsters; and I was like well they just gave her that stuff why are they throwing it away," said Sandra Ramos.

Ramos is doing her own good will by inviting people who might be in need to her storage shed to pick up items she pulled out of Goodwill's dumpster.

"Everything that you see here I pulled out of the trash can. Everything was trash and they also told me it was trash."

Ramos's concerns caught the attention of Goodwill's corporate office, even bringing the President and CEO to the area.

"We always want to be better. Sandra came out when there was a lot of items and some of those I didn't see the items, but I did see pictures of them,” said Rick Waldraff.

“Some of them could have been given to individuals that could use those, we couldn't see them but we can find someone who can use them."

Goodwill hopes to process donations more efficiently by revamping their sorting process for the Midland location.

"Starting tomorrow what we don't want is to have too many items that can't be processed and overwork the employees here, so we have a large distribution center in Abilene to make sure that those items go to the stores that can use them," said Waldraff

He said they're also working with local non-profits to figure out delivery and storage of the donations but they hope to have that figured out over the next couple of weeks.

But Ramos isn't convinced- she said she'll continue to check Goodwill's dumpsters and load her storage up as long as donations are being trashed.

"If they don't keep it they need to call someone else to come and pick it up because these are donations that can be used. They don't need to end up in the trash can. It just felt wrong to leave those things in there when I see all of these people out here that need help"

While Goodwill revamps their processes, Sandra will continue taking good will into her own hands.