Joe Lozano was convicted on three separate misdemeanor charges prior to running for office. 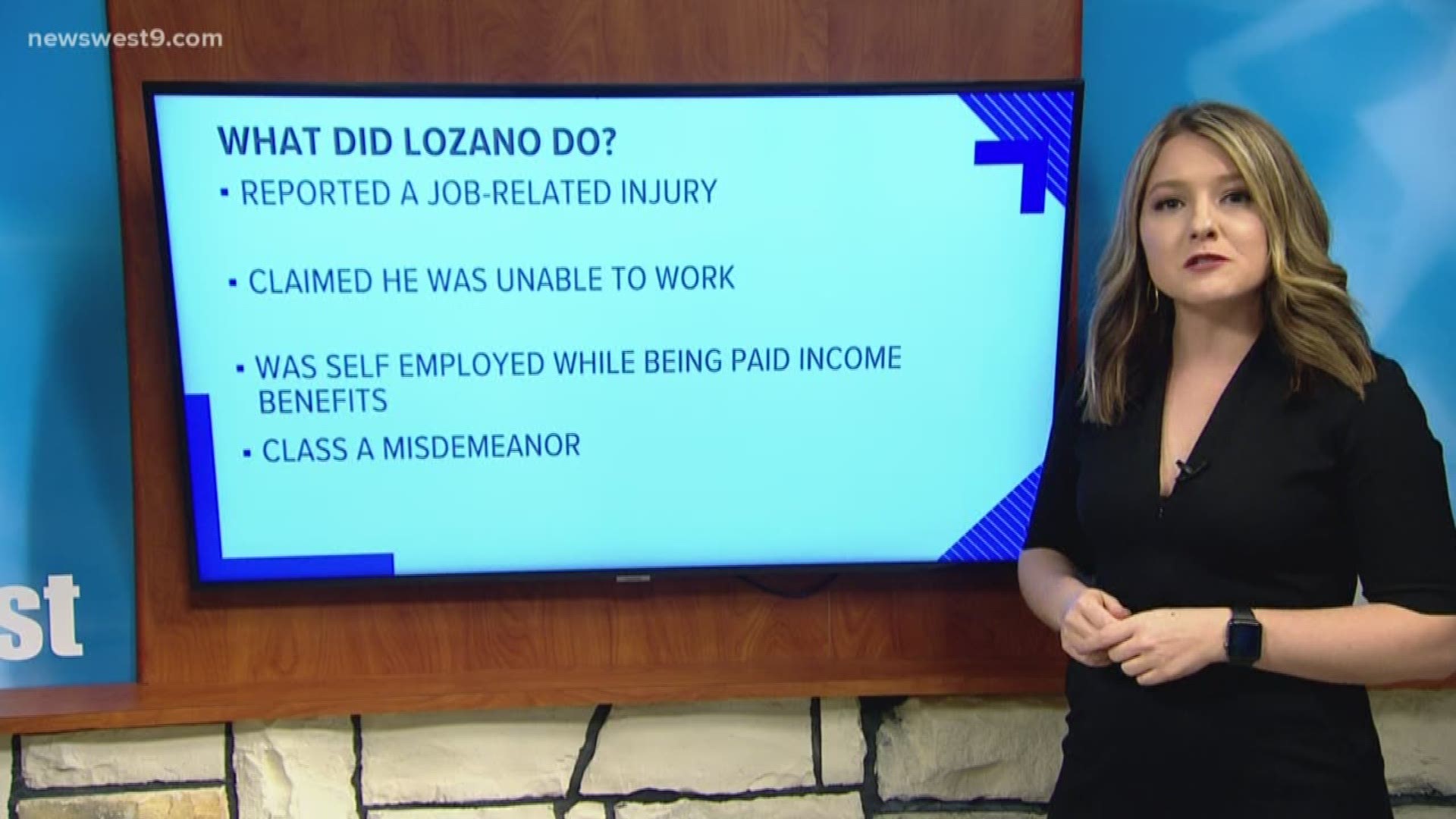 MIDLAND COUNTY, Texas — In 2020 Midland County citizens will have four options on their ballot for who to fill the position of Midland County Sheriff.

Rory McKinney, Tom Hain, David Criner and Joe Lozano are all vying for the position currently filled by Richard Gillette after the death of Sheriff Gary Painter in May 2019.

One of the candidates, Lozano, has a criminal history, including a worker's compensation fraud conviction. What are the other charges and would that disqualify him from running for sheriff?

Records indicate Lozano plead guilty to a theft of over $20 but less than $200 in 1985. This charge is a misdemeanor and happened long enough ago it doesn't impact his ability to run.

Records show Lozano plead guilty to the prostitution charge and was sentenced in January 2005. The class B misdemeanor resulted in a court fine of $1,000.

Lozano reported a job-related injury while working as an appliance repairman for A&A Appliance in Midland, and claimed he was unable to work as a result.

Texas Mutual says they began paying income benefits to him but later found he was actually working as a self-employed appliance repairman.

The Texas Department of Insurance, Division of Workers’ Compensation, prosecutor in Travis County handled the case.

Although the initial charge was considered a felony, Lozano plead guilty to a lesser charge of a class A misdemeanor in 2017.

He was sentenced in 2019 and ordered to pay $6,049 in restitution to Texas Mutual. He also served one day in the Midland County jail.

"That is all behind me and I am ready to move on. I feel great," Lozano said.

So does any of this disqualify Lozano from running for the position of Midland County Sheriff's Office?

According to the Secretary of State and the Election Code of Texas, eligibility requirements say candidates must not have been convicted of a felony from which the candidate has not been pardoned or otherwise released.

Although Lozano was originally charged with a felony, he plead guilty to a lesser charge which was classified as a misdemeanor. This means, under the Texas Election Code, Lozano is capable of running for office since misdemeanors have no impact on eligibility.

"Misdemeanors are nothing. I've dealt with them before. I'm 63-years-old. The most recent isn't the only misdemeanor I've had and it probably won't be the last," Lozano said.

A quick background check of the other three candidates did not reveal any similar criminal charges in any of their histories.

However, there is one more obstacle in Lozano's path to becoming sheriff.

Sheriffs in Texas must also be a peace officer in addition to holding the office.

If Lozano were to be elected, he would have a grace period of two years to get his license as a peace officer.

However, being convicted of a class A and a class B misdemeanor makes it difficult for Lozano to achieve that license.

According to the Texas Commission on Law Enforcement, anyone who has been convicted of a class B misdemeanor in the last 10 years is prohibited from getting a license. This means Lozano would need to apply for a waiver with TCOLE.

Once he appeals, TCOLE would have to approve his ability to get a license. Additionally, someone above Lozano would have to endorse him.

Lozano is the only candidate of the four that would face this issue if he were elected. McKinney is a deputy for MCSO, Hain serves as Chief of Police for UTPB and Criner has served as a constable in Midland County since 2013.

If Lozano is elected and does not get his peace officer's license within the two year window following his election, he will be removed from office.