Gillette: No current employees being investigated by the Texas Rangers

Four MCSO employees have resigned or retired since the March 3 election. 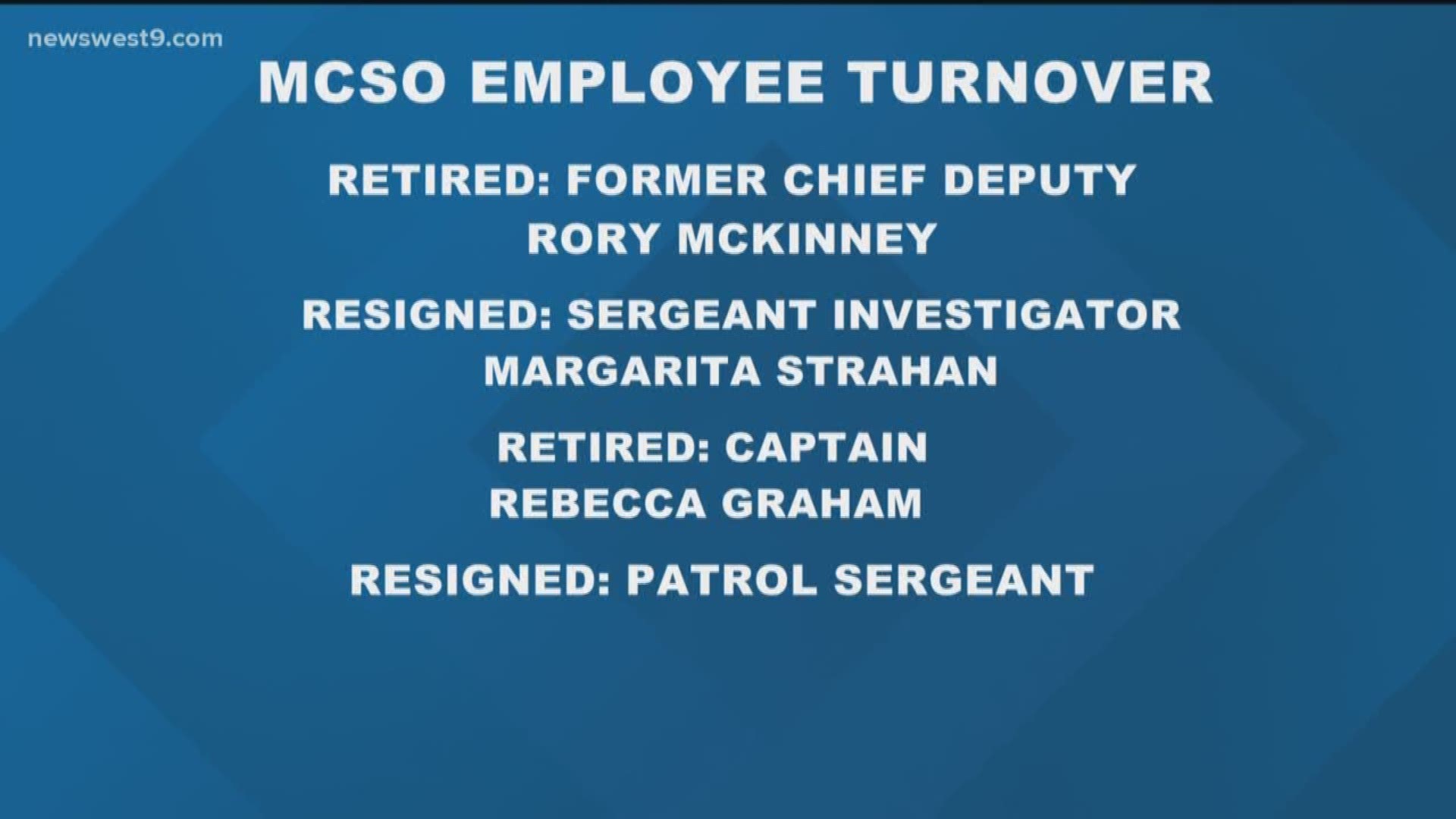 Gillette also tells NewsWest 9 the criminal investigation into the Midland County Sheriff's Office appears to be wrapping up, while four employees put in their notice after David Criner won the sheriff’s office election on March 3.

New leadership is moving in, while other employees are moving on.

Four employees have either retired or resigned since Criner won the election last week. Included in the employee turn over is the now former Chief Deputy Rory McKinney. He retired and his last day was March 6.

There’s another patrol sergeant who is resigning later this month. NewsWest 9 was not able to obtain that person’s name because they are still working for the sheriff’s office.

Gillette said employee turnover is to be expected any time there's a change in guard.

“I think it would have probably been the same as far as I know,” he said.

So what’s next in the rangers investigation? Gillette says they are still working on wrapping things up.

Rangers were at the office last week, he says. Gillette believes it’s a matter of time before the District Attorney in Crockett County gets the paperwork she needs in order to make a decision on the investigation.

“I don’t know what may happen with the investigation but I’m not expecting anything drastic,” Gillette said.

While we wait for the investigation findings to come to light, Gillette and his staff are prepping Criner with everything he needs as he prepares to take the helm.

“We’re working everyday to make sure that the transition goes smoothly so that Sheriff-Elect Criner has all the information he needs and knows all the things I know so he’ll be ready to go,” he said.

Call it the start of a new era at the sheriff's office, one moving box at a time.