A Texas soldier reported sexual harassment. Then, she became the subject of a potentially career-ending investigation

She is telling her story at a time when sexual harassment of women is an increasingly urgent concern in the military. 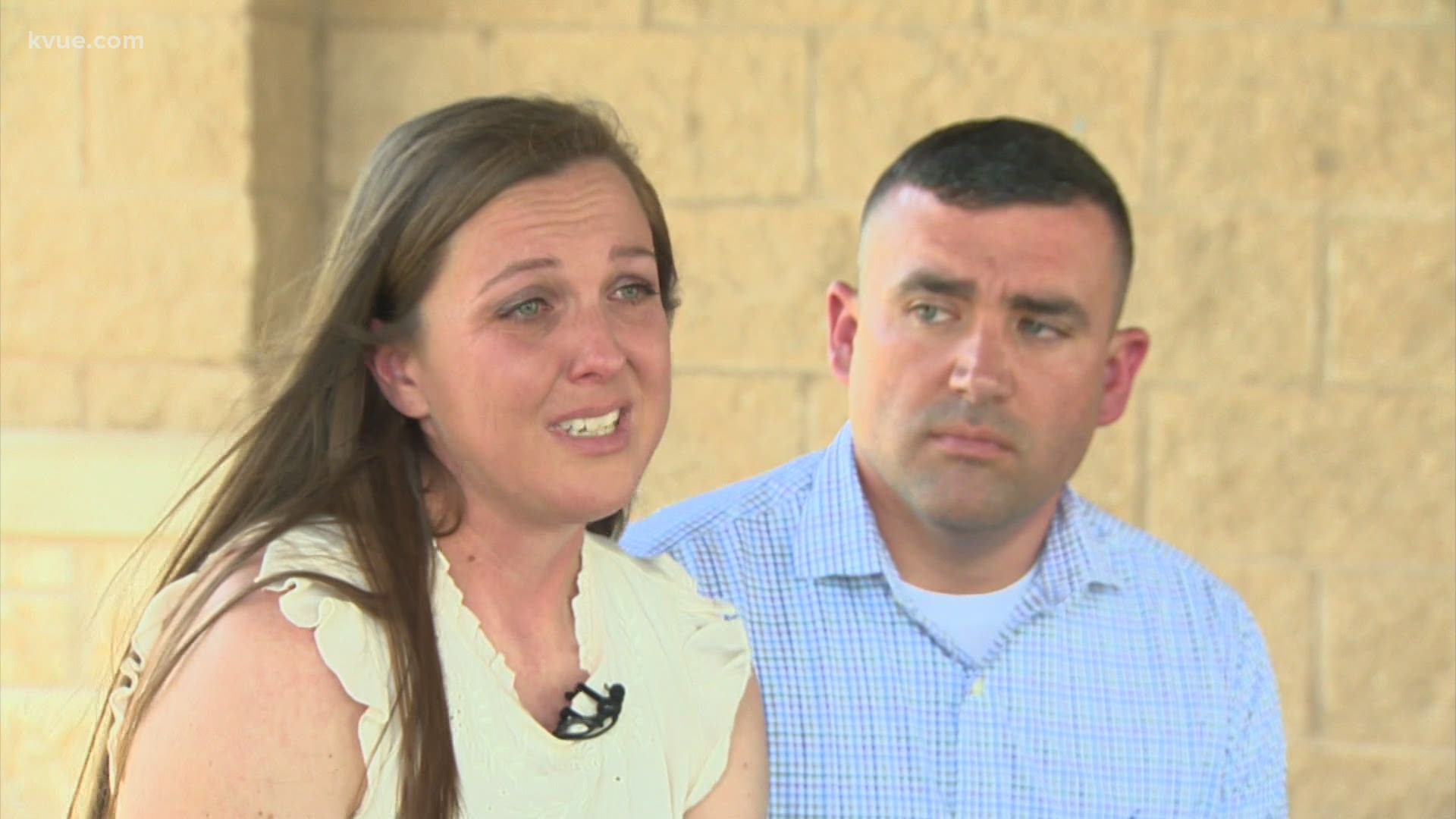 AUSTIN, Texas — Texas National Guard Sgt. 1st Class Nicole Tinker says she knew when she reported that a well-known captain was sexually harassing her that she was risking her career.

She correctly anticipated that what happened to her would become the source for chow hall gossip and hostile treatment from fellow soldiers. But she said she did not think the Guard would then attempt to end her 17-year career, marked with honors and accolades.

Capt. Josue Munoz was a 21-year Guard veteran, five ranks her senior, and was set to be her supervisor on a nine-month deployment to Kuwait as part of an effort to support troops in the Middle East.

But before she said her National Guard unit had even left final readiness training at Fort Hood in September, Munoz began sending her texts that included the word "sexy" in response to a routine matter and expressed disappointment that two other soldiers had "blocked" him from sitting next to her in a meeting, according to the messages and Tinker's complaint.

Credit: Nicole Tinker
Sgt. Nicole Tinker was sent on a nine-month deployment to Kuwait as part of an effort to support troops in the Middle East.

Once she arrived at Camp Arifjan, Kuwait, Tinker filed a sexual harassment complaint against Munoz, who an investigator determined had violated military policies and who was then issued a reprimand. Munoz has not returned several weeks of phone calls, emails, texts and social media messages from KVUE and the Austin American-Statesman.

Military documents obtained by the KVUE Defenders and the Austin American-Statesman show that Tinker, within days, then became the target of an investigation into whether she had a relationship that created a perception of "undue familiarity" with a male captain with whom she worked closely at Camp Mabry, who also was deployed to Kuwait.

Tinker said she sees the investigation as a blatant act of retaliation for reporting Munoz and that she had sought the counsel and comfort of the second captain during her ordeal.

"I just thought they had to really pull at something, they had to dig deep to find something and that is what it was," she said. "I knew (the second captain) respected me, so I knew there were not going to be any issues."

Documents show Munoz reported a "perception" about Tinker's relationship with the second captain during the investigation into whether he sexually harassed her.

Now, Tinker, 38, has been reprimanded by the National Guard and is facing what she and her lawyer predict will be the termination of her full-time position with the military that she has held for 17 years.

"It's a slap in the face," Tinker said through tears. "And it still obviously hurts. It is really sad that I tried to do something, and I was right in trying to stop somebody from doing these things."

According to records, the investigator looking into the sexual harassment claim determined that Munoz exhibited "poor judgment and bad character when he interacted with subordinate Tinker ... His actions should render him unfit to continue to serve."

The investigator looking into Tinker's sexual harassment complaint also said that officials should consider whether the entire unit should have additional training and failed to do enough to protect Tinker.

Meanwhile, in investigating whether Tinker violated policies in her friendship with Capt. Jason Stover, a separate investigator interviewed 53 people – 13 times the number of people questioned in the sexual harassment investigation – before concluding that both Tinker and Stover had violated the policy.

An investigator concluded that the two "seem to value their friendship more than the climate of their unit or the welfare of their subordinates."

Texas National Guard officials declined several requests for an on-camera interview to discuss the cases and Tinker's claims that the investigation into her was retribution.

Tinker is telling her story at a time when sexual harassment of women is an increasingly urgent concern in the military. Much of the issue surfaced last year after the murder of Fort Hood Spc. Vanessa Guillen, who a recent report concluded was subjected to sexual harassment and that Fort Hood officials failed to appropriately act.

Tinker said she is speaking out to possibly help change the culture for women in the military.

"There is very much a lot of pressure as a female," she said. "It just becomes a regular thing to do, to have to do a little bit more than everyone else. It is difficult being a woman in a man's career."

In a statement, the Texas National Guard, which is headed by a female adjutant general, said it could not comment on specifics of the cases because of privacy issues. However, the agency said that it takes sexual harassment seriously and "approaches each investigation with integrity and respect towards all involved."

Credit: Nicole Tinker
Sgt. 1st Class Nicole Tinker says she knew when she reported that a well-known captain was sexually harassing her that she was risking her career.

It is unclear when a final decision will be made about Tinker's future with the Guard.

Meanwhile, the Texas National Guard has not yet released additional information, including the number of sexual harassment complaints it has received in recent years, the outcome of those complaints, and the frequency with which someone is disciplined for violating policies concerning a relationship with "undue familiarity."

'We haven't seen anything like this.' Austin rent prices spiking after an initial drop during the pandemic