The Texas Workforce Commission has paid out about $577 million to suspicious unemployment claims made between March 2019 and March 2020. 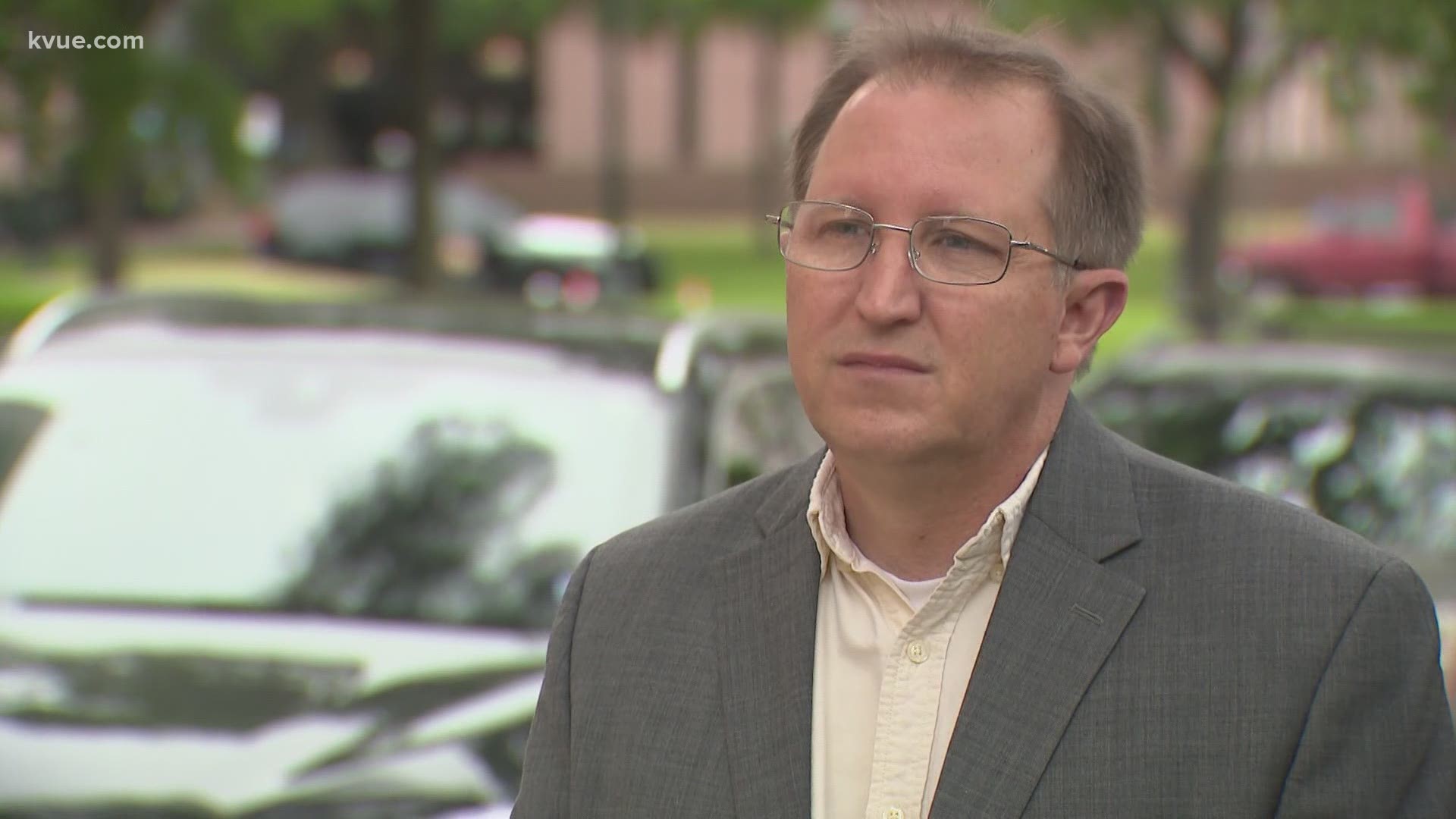 But some Texans facing the aftermath of identity theft also now have to deal with TWC telling them they need to pay back money they never even got in the first place.

“What information do they have, where did they get it, have they opened up accounts in my name?” Texas unemployment fraud victim Kristen Maxwell asked. “Uh, just everything. Everything just races through your mind.”

Maxwell never filed for unemployment benefits, so she was surprised when her employer’s human resources department said they received a claim from the state in her name.

“It’s destabilizing as a human being,” Maxwell said. “You feel you feel really vulnerable and exposed.”

Maxwell knows at least eight other people this happened to as well.

“That says to me, this is a really big issue and a big problem that's hitting a lot of people,” Maxwell said.

And because of COVID-19, it’s hitting a lot more people.

One of those suspicious claims is under the name Janice Armstrong.

“I began receiving checks and a credit card debit card in December saying the Texas workforce was giving me money I did not apply for,” Armstrong said.

Even though she never filed for unemployment, TWC sent Armstrong a debit card and a check – a total of $2,140.

Armstrong said she never used that money and she reported the fraud to TWC. But the agency kept demanding she pay it back.

“I continue to get these threatening letters from the Texas workforce over payment,” Armstrong said. “And I'm just ... I'm at a loss.”

Armstrong has been trying to fix this issue since January. She keeps a thick folder holding all her correspondence with TWC.

But the KVUE Defenders brought her case to TWC and got results.

A few days later, Armstrong got a letter telling her the agency recognized she was the victim of unemployment fraud and doesn’t owe any money back to the state.

Unfortunately, Adam Mattingly hasn’t had the same luck. Someone filed for unemployment using his information, which he said he reported to TWC multiple times since October.

Mattingly continues to get letters demanding him to pay back $1,042.

“I know that this is, like, rampant and widespread,” Mattingly said. “And that's probably why nobody's calling me back, because they're getting like thousands of calls a day.”

But this issue is much more than widespread.

Since the pandemic started, there have been 4.8 million unemployment claims made between March 2020 to March 2021. About 373,000 are suspected to be fraudulent – about 7%.

Texas has paid out $44.7 billion in unemployment claims during that time. An estimated $577 million was paid out to suspicious claims.

“So, yeah, I feel like they need to do something,” Maxwell said.

James Bernsen from TWC said the agency catches fraudulent claims in time to stop the payment about 80% of the time.

“Do you think TWC is doing enough as it stands to prevent this from happening and also to stop it when it does happen?” KVUE Defenders Investigative Reporter Brad Streicher asked.

“We are doing a lot now,” Bernsen said. “That's not to say that we aren’t continually improving.”

“Some of these folks are telling us that it has been months since they first contacted TWC and they are still getting letters like this,” Streicher said. “Do you think that's acceptable?”

“No, I think we have a lot to do to stop that process and slow it down,” Bernsen said. “But again, it's a volume process. And a lot of our investigators have, as you've seen, gone from a thousand cases to 300,000. That's a lot of cases that our investigators need to prioritize their efforts on.”

Bernsen said as long as you submit information to TWC letting them know you’re the victim of unemployment fraud, you should be good to go. It may just take time for the agency to verify that and stop sending you notices – a process he said they’re trying to speed up.

RELATED: Austin's unemployment rate is lower than Texas's, better than the US

Mattingly said that needs to happen sooner rather than later.

“Maybe it's temp workers, maybe, like, employ more people, but the fraud department needs to have people answering the phone and not having it be an answering machine,” Mattingly said.

And while some fraud victims wait for the demand letters to stop coming, Armstrong holds out hope that people stealing Texans’ identities will be held accountable.

“I believe in the God almighty, and those people who are doing it, if they don't get punished here on Earth, they will in eternity,” Armstrong said.

TWC notifies employers and individuals who file for unemployment benefits.

If you did not file an unemployment claim, TWC recommends your employer notify the agency and recommends you do the same through the fraud portal on their website.

Report: Austin-Round Rock area is No. 2 emerging housing market in the U.S.