If a person is suspected of having an infectious disease and cannot stay isolated at home, some local health departments have a policy to monitor them in a hotel. 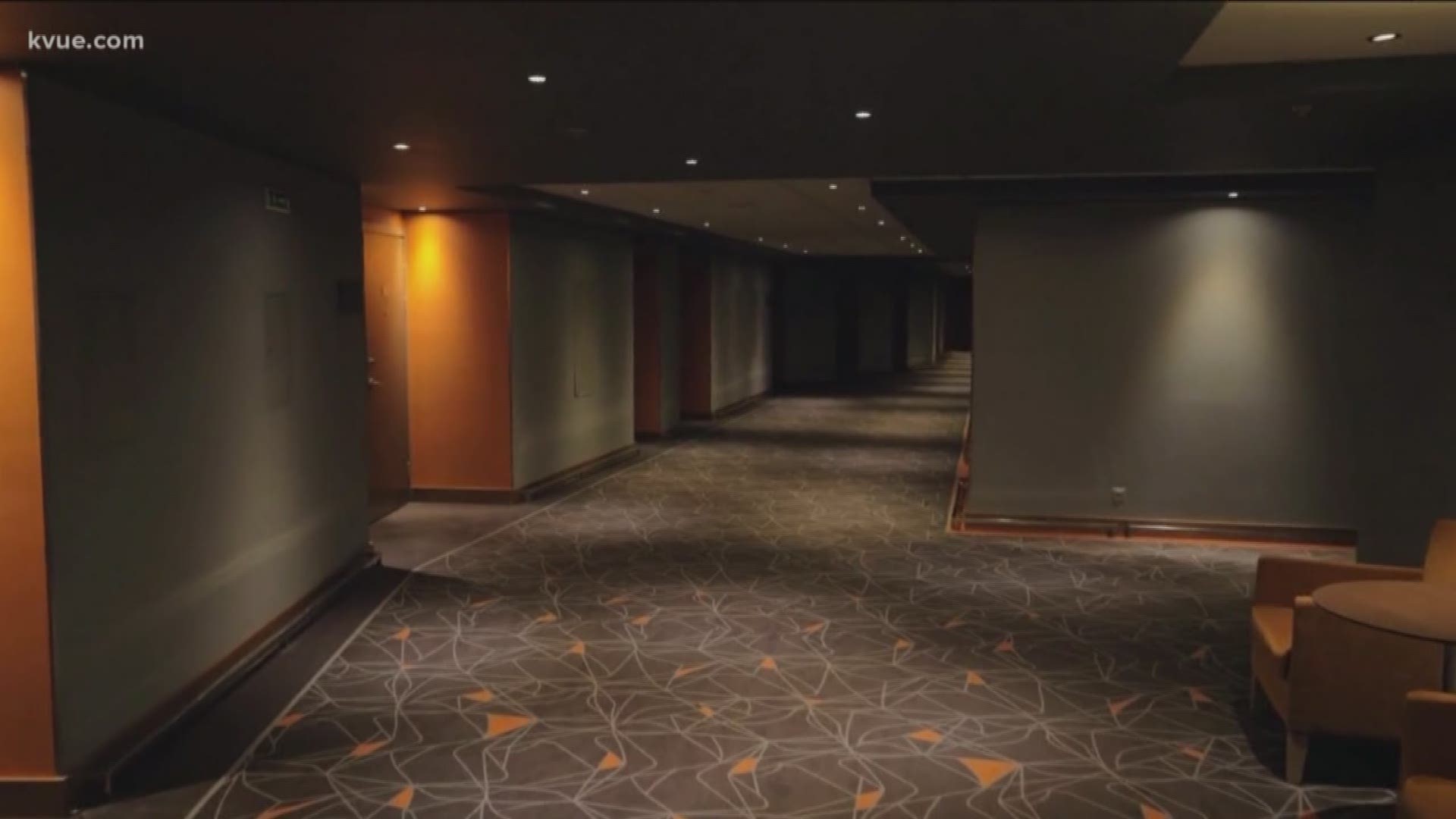 AUSTIN, Texas — Concern over coronavirus continues to grow in Austin.

Public health officials won’t say how many people in the Austin area are being monitored for the virus, but those patients require isolation.

“Generally speaking, the people stay at their residence if they don’t require hospitalization," said Dr. Mark Escott with Austin Public Health during a news conference on March 4.

But what about people with roommates, college students in dorms, travelers in town or people experiencing homelessness? Those people can’t stay isolated at home.

After multiple calls, emails and interviews, the KVUE Defenders got an answer.

If the city is monitoring someone for an infectious disease, and they can’t stay isolated at home, they could be put in a hotel with healthy people staying in the room right next door.

"That has been done in the past," said Stephanie Hayden, director of Austin Public Health. "We typically really try hard to have folks remain in their homes."

Hayden said putting those people in hotels is rare, but it does happen. She said Austin follows state law, and public health departments do the same thing across the country.

The KVUE Defenders found other local health departments mandate this practice, too.

The epidemiologist for Hays County told the KVUE Defenders in an email they also use hotels.

"If a person requires active monitoring due to recent travel history or exposure to a confirmed case, and that person cannot properly isolate/quarantine themselves away from other family members or roommates, Hays County would likely use a hotel room to provide proper isolation," said Hays County Epidemiologist Eric Schneider. "At the moment, we do not have anyone that is under active monitoring from the Hays County Local Health Department."

RELATED: SXSW is canceled, but many of Austin's spring events are still on

KVUE's finding comes as a shock to Professor Jaquelin Dudley at the University of Texas at Austin.

"I believe that it’s not a very wise policy," Dudley said.

Dudley is a professor of molecular biosciences at UT Austin and works with the LaMontagne Center for Infectious Disease. She said housing people suspected of having an infectious disease inside a hotel could come with a lot of risks.

"If the personnel at the hotel as well as the other guests are unaware that there might be an infection there, it’s very risky for them as well," Dudley said.

The City admitted that other people staying at those hotels might not even know if there’s someone in the building suspected of having a viral disease.

"Somebody who’s living in the hotel room right next to them who is being monitored for an infectious disease – that person would know about it from the city," asked KVUE Defenders Reporter Brad Streicher.

"No, we would not specifically [tell] a person next door," Hayden said.

Hayden said that’s because they need to maintain patient confidentiality. But she said city staff does notify the hotel, which can then notify guests.

Austin Public Health has been using hotels as a place to house suspected viral infection patients for years. It’s a policy that’s existed for outbreaks such as Ebola, H1N1 and other diseases.

"It does surprise me that there hasn’t been some more general announcement or information given to the public about how these cases are treated," Dudley said.

Right now, Austin Public Health officials said they haven’t put anyone being monitored for coronavirus in a hotel or alternative housing option. But that doesn’t mean it’s out of the question if the virus spreads in Austin.

"It may be a possibility, but that is not our first recourse of action," Hayden said.

Hayden said the hotels where suspected patients are isolated do a deeper clean of the room after someone stays there.

But a spokesperson for both the City of Austin and Hays County refused to provide a list of the hotels they use. They claim that would violate patient confidentiality and hurt the businesses.

WATCH: Facts not fear: Psychology and anxiety over coronavirus

Coronavirus: Here's what the local state of disaster means for Austin

Suspect in case of missing Georgetown man was having affair with his wife, police say

'Rally Austin' coalition formed in response to SXSW getting canceled