Several families in the KVUE viewing area contacted the KVUE Defenders with complaints about Apex Construction. 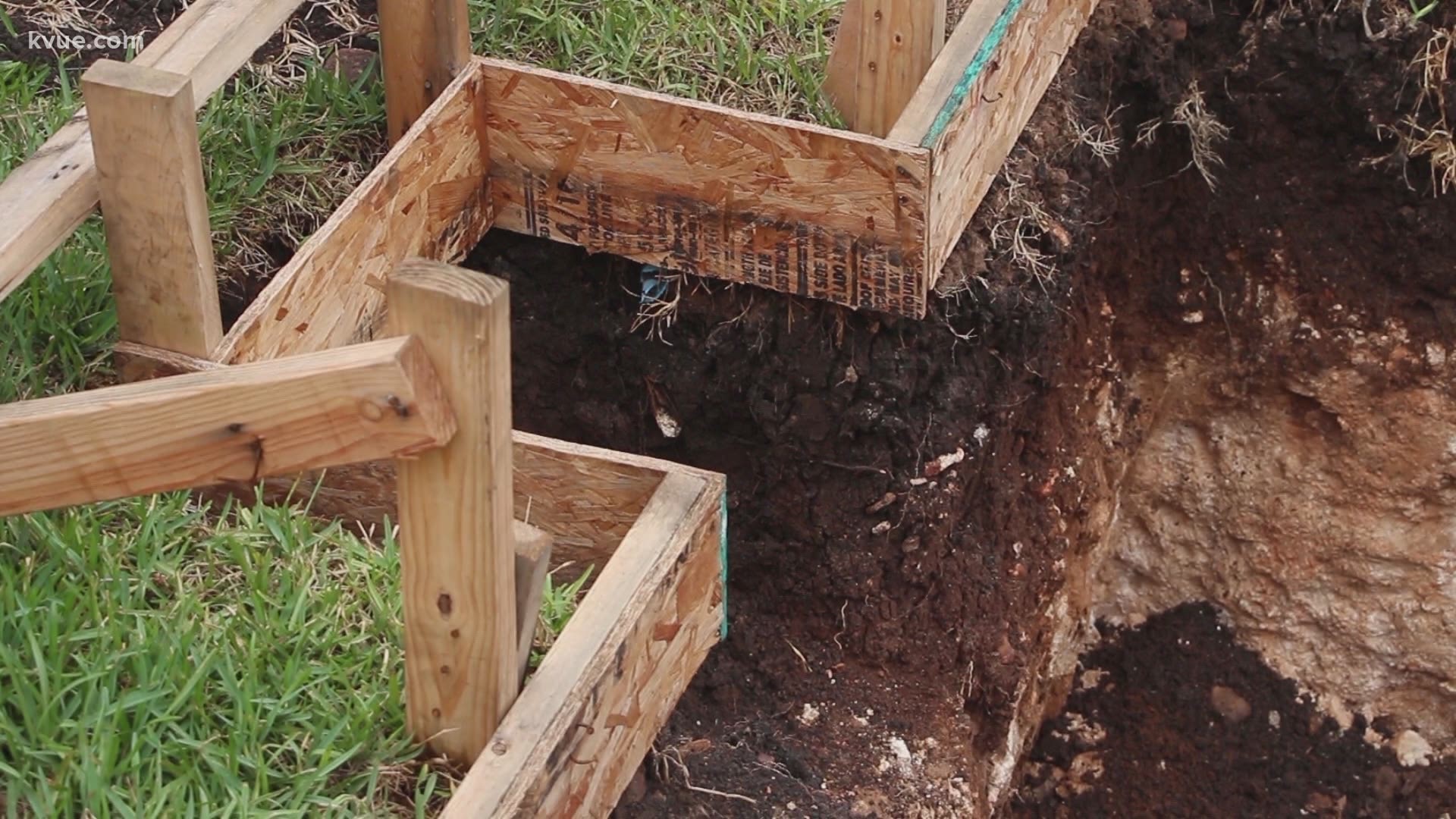 AUSTIN, Texas — Imagine spending most of your savings to make your dream home complete, only to have your contractor take your money and run.

The KVUE Defenders talked to several people in the Austin area who say that’s what the same contractor did to them. Our investigation uncovered they are not alone.

“We had saved up many years to get these things done to the house,” Sheryl Smart, a former Apex Construction customer, said.

All of these women have one thing in common: They hired the same contractor, who accepted payments and did not do the job.

“You know, I want to be able to look out my window and enjoy what I see,” Aileen Albert said. “And right now, I cry.”

Albert decided to put a pool in her backyard. She found Apex Construction.

The company’s website says, “As a premier general contractor, you can rely on our experience and professional crews to show up on time and deliver the dream home you’ve been imagining.“

“I had a beautiful yard at one point in time,” Albert said. “It was gorgeous.”

Albert signed a contract in May with a man who she said called himself Corey James, the owner of Apex Construction. After the contractor accepted about $130,000 from Aileen and her boyfriend for the project, her backyard now has a massive hole in the middle.

“I honestly just don't get it how anybody can be this cruel to somebody,” Albert said.

She said the contractor stopped returning calls. Now she can’t find him or get him to finish the job.

“It was far beyond anything that we could have ever imagined,” former Apex Construction customer Alisha Brenckle said.

Brenckle and her husband recently bought a house on Canyon Lake. They hired James and Apex Construction in February to renovate it before they moved in.

They said James kept adding work and asking for more money. They eventually paid $65,000 for work on the house.

“This is what we came home to,” Brenckle said. “Just wires hanging out. The floor is not finished because it was supposed to come up into an island. But, obviously, none of that is here.”

“Nothing is like it's supposed to be,” former Apex Construction customer Sheryl Smart said. “I mean, I never bargained for this.”

Smart said Apex left her with an unfinished kitchen and bathroom, among other issues. After paying about $130,000, she’s not sure how she will pay to fix the problems and complete the work.

Graves was most recently arrested in Round Rock for not showing up for court in pending theft cases in Collin and Denton County. Records show he now has two active warrants for his arrest in those counties, and Williamson County is in the process of obtaining another warrant.

KVUE called the number listed on Apex Construction’s website. No one answered or responded to our request for a comment.

So, we visited the Round Rock business address shown on Apex Construction’s website. We found an empty office with a lockbox on the door.

Dufner encouraged anyone looking to hire a contractor to thoroughly research the company, get references and never pay for everything upfront.

“Especially when you're talking about tens of thousands of dollars, doing your research and taking your time, not making that decision right away, definitely can help protect you,” Dufner said.

That’s protection Albert, Brenckle and Smart wish they had.

“Oh, it's heartbreaking to think that somebody can take hard-earned money from people,” said Albert.

With their homes in shambles, these unsatisfied customers now hope to find Graves and somehow get their money back.

“I don't know how many years it's going to take us to to be able to put this back together, because, I mean, we've already taken out two loans,” Smart said. “And I, yeah, I'm very concerned that we're not going to get the money.”

KVUE also spoke to former employees who said they haven’t been paid or their checks have bounced.

The Texas Department of Public Safety confirms it has an active investigation into allegations of theft against Michael Graves and Apex Construction.

Tropical Storm Beta track: How will Austin and Central Texas be impacted?